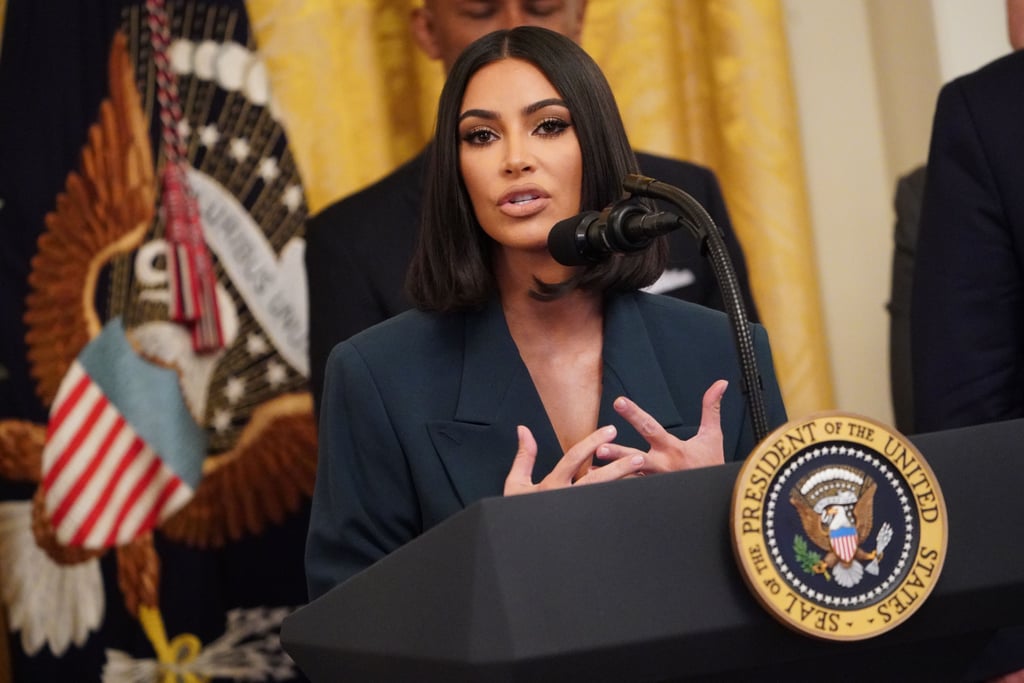 Kim Kardashian is teaming up with Oxygen to document her prison reform work in the new special Kim Kardashian West: The Justice Project. On July 27, the reality TV star (and future lawyer) announced her upcoming documentary project on Twitter, along with photos from her recent visit to the Washington DC Department of Corrections. While there, she learned about the Georgetown Prison Scholars program, a higher-education initiative for the incarcerated, according to Oxygen.

We filmed a documentary I am working on that will be out on @oxygen and I hope you will learn about the justice system the way I have.

Over the past year, Kardashian has placed special emphasis on the improvements still needed in the US criminal justice system. She has flown to the White House several times to lobby President Donald Trump in hopes of getting him to grant clemency to certain inmates. Her efforts were successful in 2018, when Alice Marie Johnson received a presidential pardon in the midst of serving a lifetime sentence for a first-time nonviolent drug offense.

Details about Kardashian's documentary are still scarce, but Oxygen says the two-hour special will provide "an exclusive, never-before-seen look inside her mission to tackle one of America's most controversial subjects." A release date is still in the works, so stay tuned.