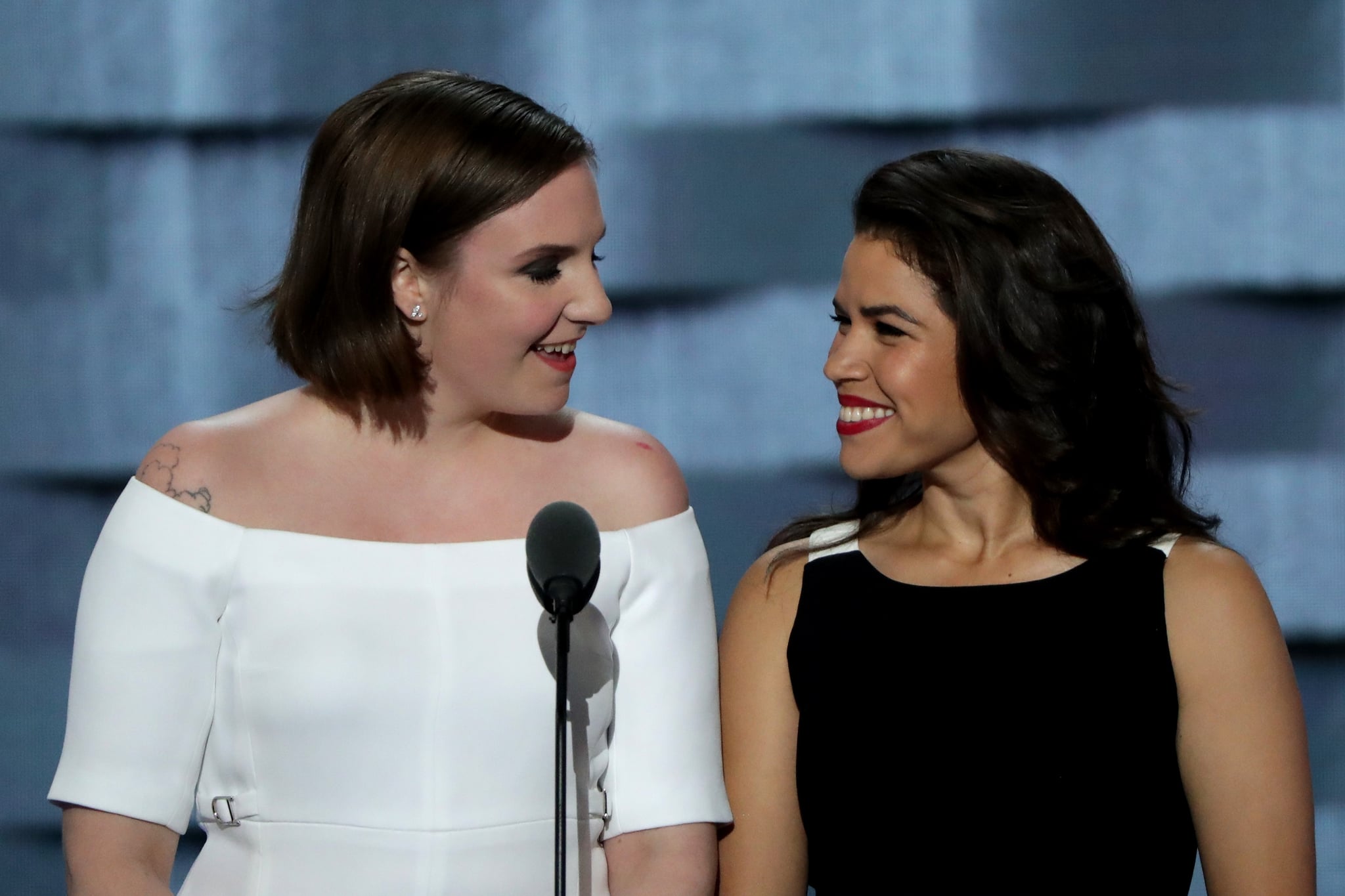 Actresses Lena Dunham and America Ferrera took a few jabs at Donald Trump when they spoke at the Democratic National Convention on Tuesday. As they introduced themselves, they joked about what the Republican nominee might think of them. "I'm Lena Dunham, and according to Donald Trump, my body is probably, like, a two," Lena said. America added, "I'm America Ferrera, and according to Donald Trump, I'm probably a rapist." Check out a clip of the pair's speech below, then catch up on all our coverage of the Democratic National Convention.

Politics
Stop Calling For Unity; I'm Not "Coming Together" With Domestic Terrorists
by Mekishana Pierre 2 weeks ago