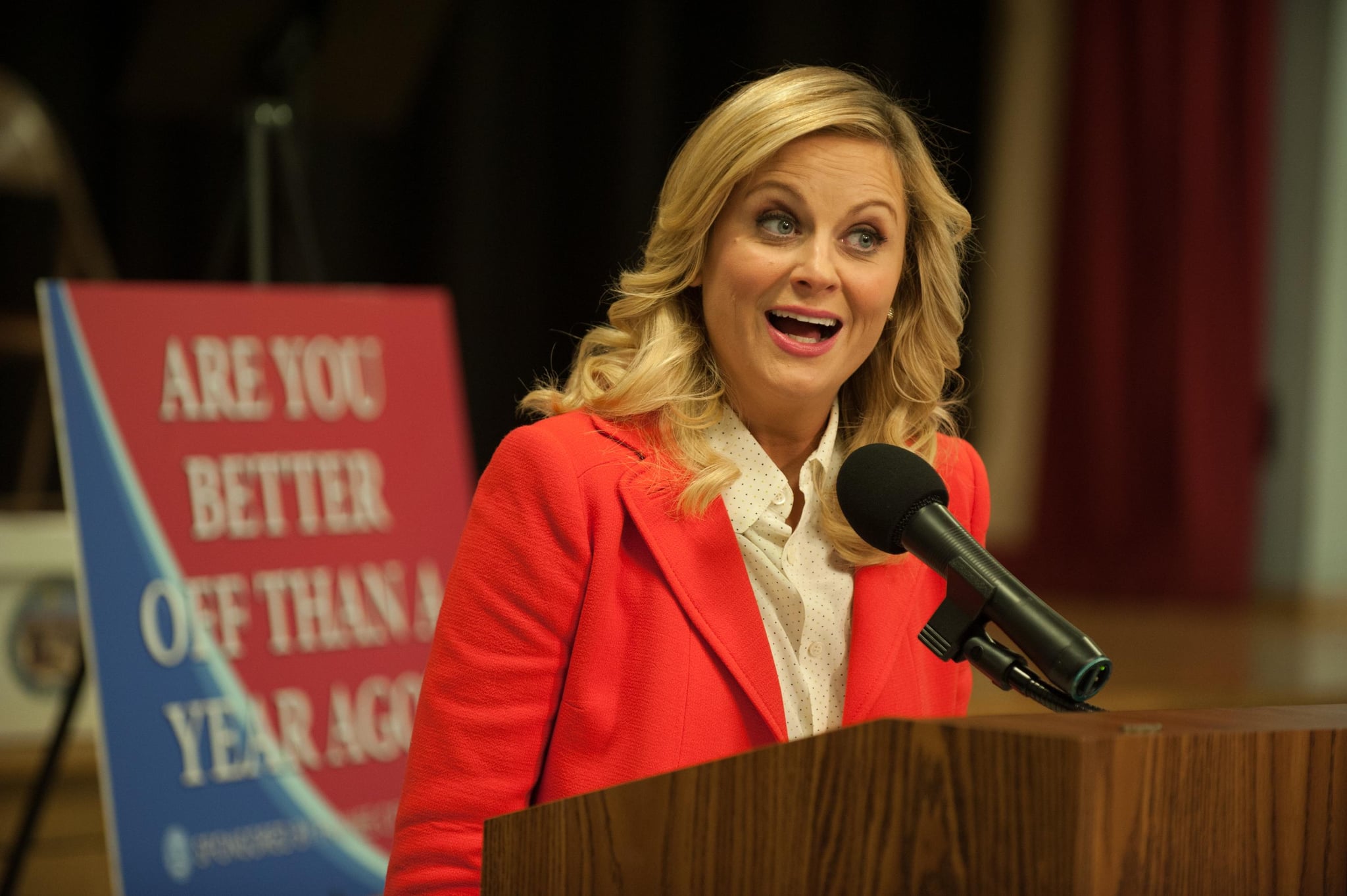 Following this week's shocking presidential election outcome, America could use a heavy dosage of positivity and encouragement. Despite the inspiring messages of support pouring in via social media, many are still coping and having trouble finding a silver lining.

That's where Leslie Knope, fictional star of Parks and Recreation, comes into the picture. A passionate Hillary Clinton supporter, Knope is a dedicated employee of Pawnee's local government with the ultimate goal of becoming the first female president of the United States. In the wake of Clinton's loss this week, Knope (or, should we say, the show's writers) couldn't help but offer her two cents. So she took a break from eating whipped-cream-covered waffles at JJ's Diner to pen an open letter on Vox to help Americans deal with one of the most surprising elections in history. If you're still feeling confused, distressed, nervous, angry, or a combination of the four, Knope's inspiring words of wisdom are just what you need to pull yourself up by your bootstraps, wave that feminist flag high, and do your thing despite the election's results.

Knope begins the letter with an anecdote about a fourth-grade social studies lesson in which her class had to pick between two fictional characters in a faux election. In the end, it was a T. rex named Dr. Farts, a last-minute third-party addition with absurd characteristics, who won a majority of the votes in her class. Knope explains that her teacher's goal was to teach the unpredictability of democracy, which especially rang true in this year's presidential election.

People making their own decisions is, on balance, better than an autocrat making decisions for them. It's just that sometimes those decisions are bad, or self-defeating, or maddening, and a day where you get dressed up in your best victory pantsuit and spend an ungodly amount of money decorating your house with American flags and custom-made cardboard cutouts of suffragettes in anticipation of a glass-ceiling-shattering historical milestone ends with you getting (metaphorically) eaten by a giant farting T. rex.

Knope then takes us through the five stages of grief: denial, anger, bargaining, depression, and acceptance. But she explains that she is mentally incapable of making it through the final stage of grief.

No. I do not accept it. I acknowledge that Donald Trump is the president. I understand, intellectually, that he won the election. But I do not accept that our country has descended into the hatred-swirled slop pile that he lives in. I reject out of hand the notion that we have thrown up our hands and succumbed to racism, xenophobia, misogyny, and crypto-fascism. I do not accept that. I reject that. I fight that. Today, and tomorrow, and every day until the next election, I reject and fight that story."

Of course Knope couldn't help but address the young girls in the world who placed their hope in Clinton as their superhero and advocate.

On behalf of the grown-ups of America who care about you and your futures, I am awfully sorry about how miserably we screwed this up. We elected a giant farting T. rex who does not like you, or care about you, or think about you, unless he is scanning your bodies with his creepy T. rex eyes or trying to physically grab you like a toy his daddy got him (or would have, if his daddy had loved him). (Sorry, that was a low blow.) (Actually, not sorry, I'm pissed, and I'm on a roll, so zip it, superego!)

Her letter goes on to remind women of Trump's lack of respect and the fact that they have autonomy over their own bodies, not him. Though she acknowledges the sad truth that the next four years will have Trump at the helm of our country, she ends on an energizing note, encouraging our nation to get to work.

Read the full letter on Vox, and get ready to campaign for Leslie Knope in 2020.

Parks and Recreation
Friendship Is in the Air! Here's How to Celebrate the Ann to Your Leslie This Galentine's Day
by Chanel Vargas 3 days ago