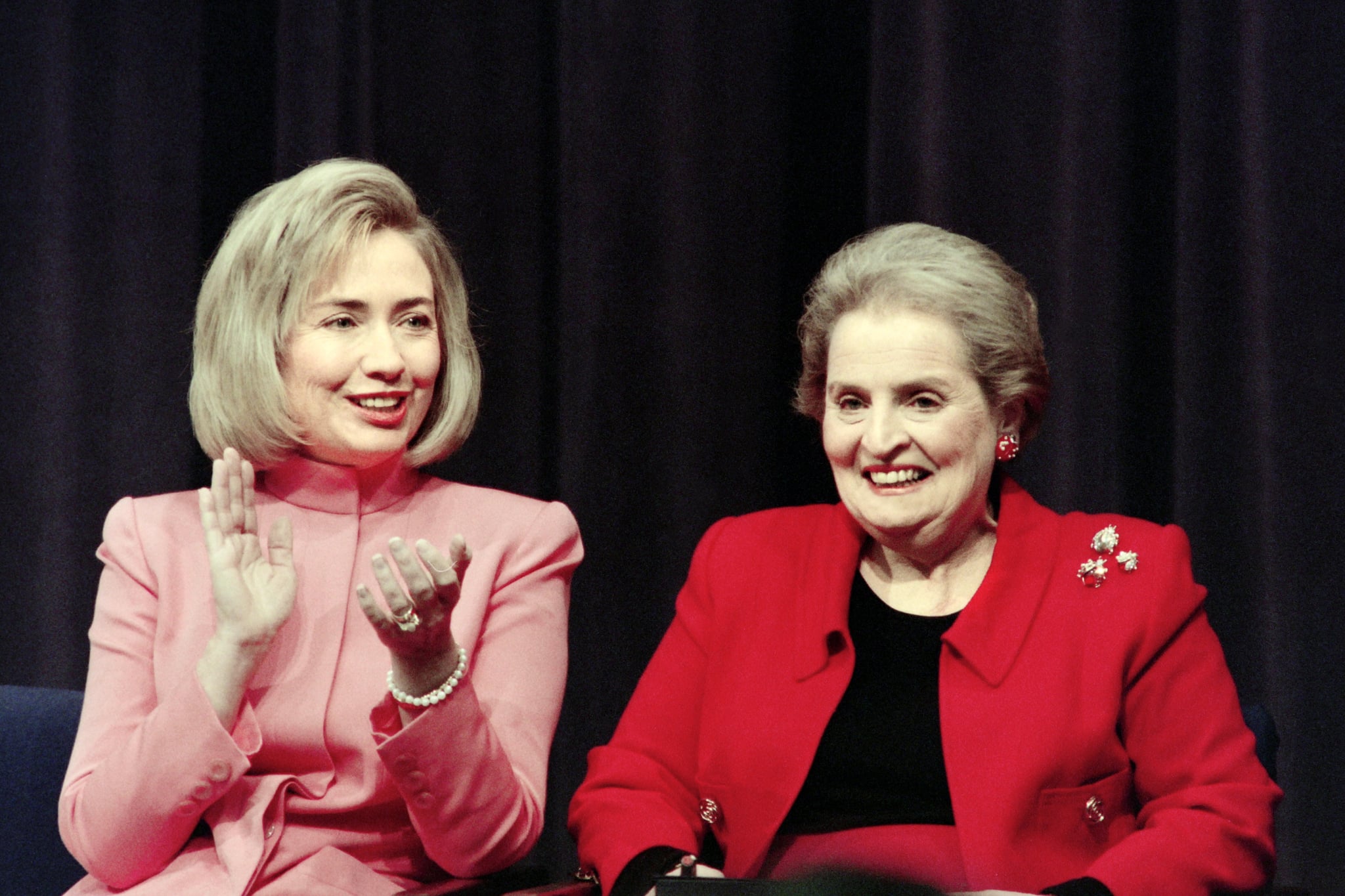 A week after Hillary Clinton lost the election to Donald Trump in a shocking upset, Madeleine Albright spoke about her long-standing relationship with Clinton and her own role in shattering the glass ceiling. Albright was promoting her book Read My Pins and an exhibition of her famed pins at San Francisco's Legion of Honor when she was asked about her rise to become the first female US secretary of state. She shared an anecdote many might now know: "I would not have been secretary of state if it had not been for Hillary Clinton."

Albright said she was working at the White House prepping materials for President Bill Clinton when Warren Christopher was finishing his term as secretary of state. Her name was being floated around as his successor, but many people said a woman couldn't hold the position because "the Arabs would not deal with a woman."

"So what happened was the Arab ambassadors of the UN got together and put out a statement saying, 'We've had no problems dealing with Ambassador Albright, so we would have no problem dealing with Secretary Albright,'" she said. Still, many in the White House doubted her and called her a second-tier option. That's when Hillary Clinton stepped in.

"She would go to [Bill] and say, 'Why is it that? Why wouldn't you name Madeleine? She is more in tune with your views than anyone else and she expresses them better than anyone else. And besides, it will make your mother happy,'" said Albright.

Bill Clinton listened and appointed Albright to the position in 1996. "When I walked into my office after being confirmed, the seventh floor of the state department had this mahogany hall with portraits of all the secretary of states," said Albright. "They all only differed from each other whether they were clean shaven or had beards. I thought to myself, 'Hm, when my portrait goes up, the walls will shake a bit.' They did."

Little did either woman know that 12 years later, Hillary Clinton would follow in Albright's footsteps to become secretary of state and shake up the walls herself.