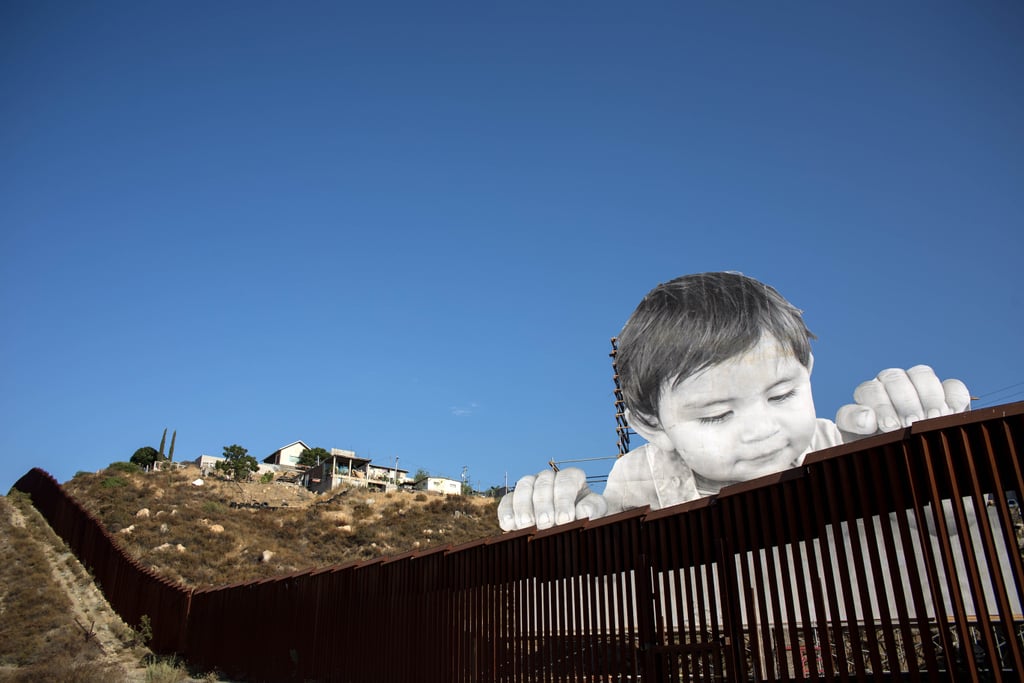 Just as the Trump administration decided to rescind the Deferred Action for Childhood Arrivals (DACA) program, a massive art installation appeared on the border in Tecate, Mexico. The 70-foot artwork depicts a 1-year-old boy peering over the edge at the other side.

JR, a French photographer and artist, created the installation based on a picture he took of Enrique Achondo, a boy who lives in Tecate with his family. In an interview with The New York Times, JR noted that the piece is not specifically targeted at Donald Trump; instead, it's a reflection on border walls and those who live alongside them. "Some people dream about fantasy worlds, I dream about walls," he said.

The artist did a lot of reflecting on how children perceive walls in relation to his newest piece. "I wonder, is this kid worrying about what will happen? What does he think?" JR said. "At one year old, you don't see the frontier or which side is better." The installation will be on display at the border for a month.

by Melanie Whyte 47 minutes ago