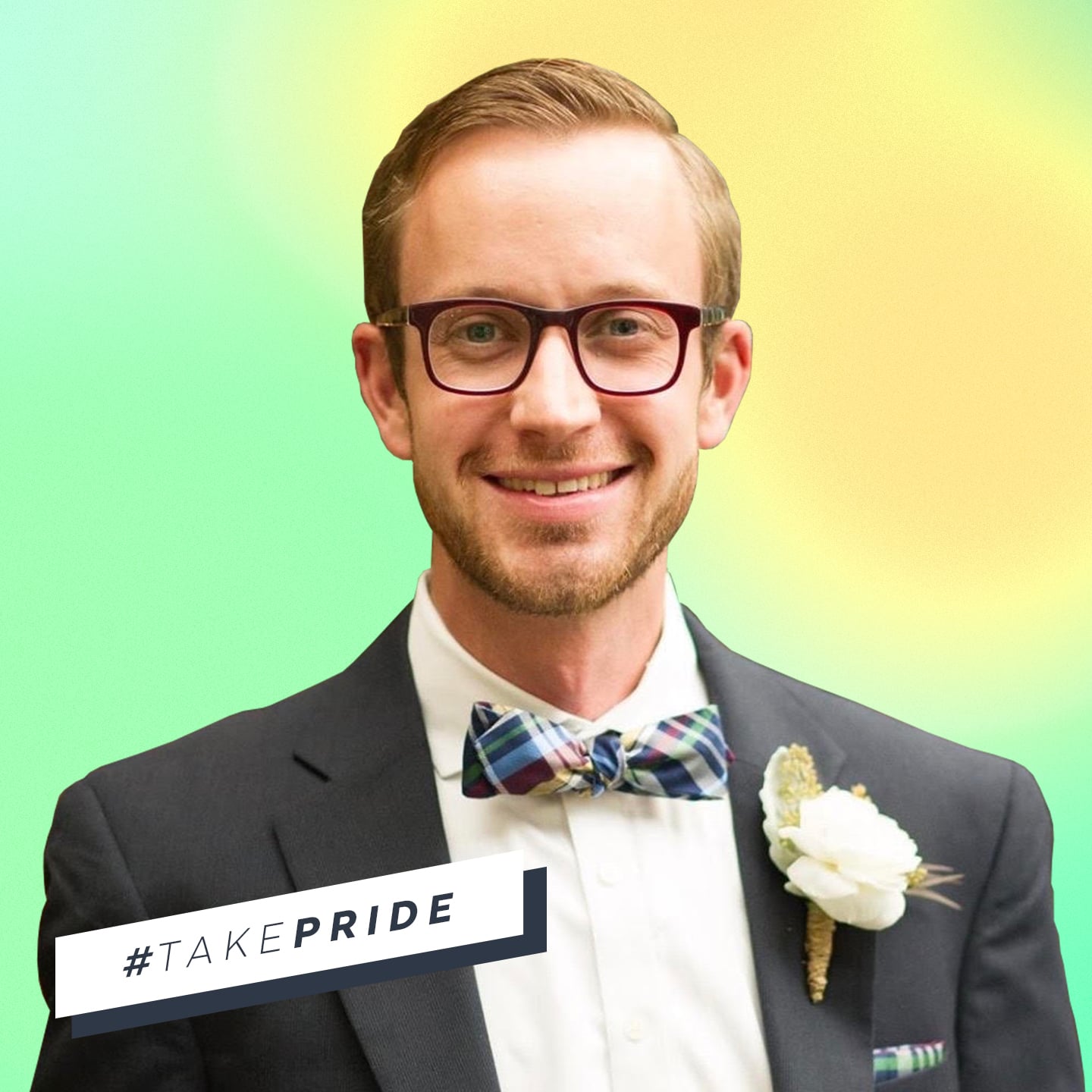 Michael Staley wants to find out why people die by suicide. His job and title reflect this unique quest: he's the psychological autopsy examiner for Utah, working in the state's Office of the Medical Examiner. The role was created to analyze the state's suicide problem by connecting the scientific data with the human — and Staley is the only person in America with such a job. He's embarking on a years-long, first-of-its-kind project to study suicide in the state and how it impacts marginalized communities like LGBTQ+ youth and Native Americans.

He does this through "psychological autopsies," conducting hours-long interviews with the deceased's family and friends, exploring and excavating the lives of suicide victims, to understand their problems and the circumstances that troubled them. He does this in the hopes of connecting suicide with lived lives — specifically connecting this to Utah's unique suicide troubles: the state has the fifth highest suicide rate in the country; suicide is the leading cause of death for kids ages 10 to 17, and Utah has the highest ratio of suicides to homicides.

A sociologist, Staley specializes in prevention. As a cisgender man who is gay, he knows all too well that queer persons are at a greater risk for suicidal ideation and other mental health issues. It's a constant source of friction, regardless of whether he is directly or distantly addressing the subject, as there are more questions about queer suicide than answers. His work can be morbid, a side effect of the subject that his personal life helps mitigate (Staley says his partner is "the bumper guard" to his daily tragedies), but in many ways, his dedication to the subject is the culmination of a life exploring the problem of premature deaths and why they happen. 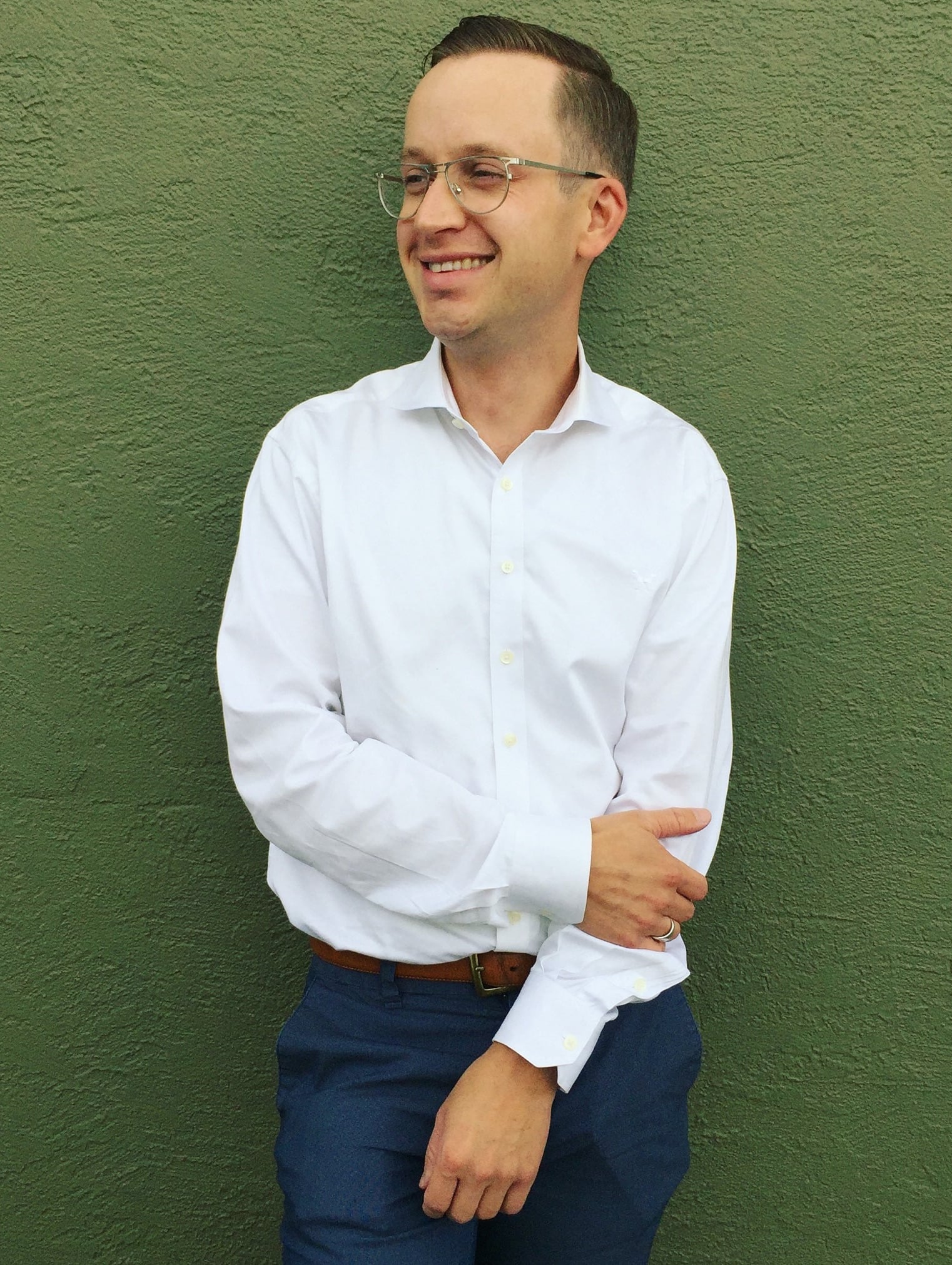 "I devote the vast majority of my time to people who actually die by suicide," Staley explains to POPSUGAR. "And we don't know that queer people account for more of those deaths than the actual population." Staley provides two reasons for this nebulousness: there are no recordings of how many LGBTQ+ Americans die by suicide, and there are no set numbers on the queer populations, as they have routinely been left out of research like the US Census. There simply aren't accurate population counts for the community. "In general, in science we're not good at counting either of those things," he says. "We're working on it."

Staley can pinpoint where this interest began: during his teen years in rural Montana, where he attended a high school with only 320 students. In his four-year tenure, seven students died, some by suicide and some by other circumstances.

"I remember going to school and sitting there and the intercom going off, saying, 'So-and-so died,'" Staley recalls. "It kept happening over and over. One day the Spanish teacher completely fell apart, telling us, 'Would you please stop dying?' That's the most explanation that I got from anyone."

Staley's interest grew after taking a sociology class during his undergraduate studies at Carroll College in Montana. Suicide was a major focus in his sociological studies since the subject is considered the bedrock of the social sciences. "We were talking about the empirical, scientific understanding of suicide," Staley says. The draw of personalizing the science of people — and his professor's highlighting how to recognize suicidal behaviors in a person — captured him, illustrating how the discipline could create real change and possibly save lives.

After graduating with a degree in sociology, Staley pursued a PhD at the University of New Hampshire, where he studied the sociology of AIDS and infectious diseases. He eventually moved to Utah in 2014 to understand "safer sex practices — or the lack thereof" in the state's LGBTQ+ Latter Day Saint community, but he ended up being redirected to suicide. "What I ended up doing a lot of the time was dealing with mental health crises," he says. "I had to take two different people to the hospital — because they were suicidal — after they told me that they had plans."

"I remember going to school and sitting there and the intercom going off, saying, 'So-and-so died. It kept happening over and over."

Staley found — from firsthand and personal experience — that one of the sources of the problem is the tension between being queer and being Mormon, of living conservatively and living your truth.

"I was working with gay, bisexual, queer, and questioning young men," Staley says of his early Utah work, specifying that these were the persons who came to support groups he attended. "Young men have a harder time coping with their sexuality and the expectations of their communities. There's a religious conservatism here. You can't be LGBTQ and hold the highest calling in the church. Therefore, there's no way to move forward. There's this role conflict."

Suicide, in Staley's mind, is much more complicated than one environmental factor or one mental health issue. What he does know is that Utah has a unique problem, which is exactly why the state created the role he now fills; while there is no proof that these suicides are taking place among predominately queer or Mormon people (Staley, again, notes there isn't enough research or population counts to support this), this is an all too common misconception in the state.

"Look at the comments in the Salt Lake Tribune articles, particularly the ones where we talk about teenagers," he says. "They all quickly devolve into this really polar argument that it's all gay Mormons who are killing themselves. That, I think, is toxic."

Staley sees this opinion as dangerously myopic and a disservice to suicide prevention, as it oversimplifies an issue that lies at the intersection of many personal problems, and, again, highlights the research gap dedicated to LGBTQ+ populations in America.

"There's just so much contour to suicide," he says. "When we label the problem as a 'gay Mormon problem,' we will miss so many deaths. The deaths that come across my desk every day are not all LGBT people and are not all LGBT Mormons. Some of them are, but we're not yet at a place where we're systematically collecting data about either religion or sexual orientation and gender identity. Nobody is, in the country. We can't definitively say those things." 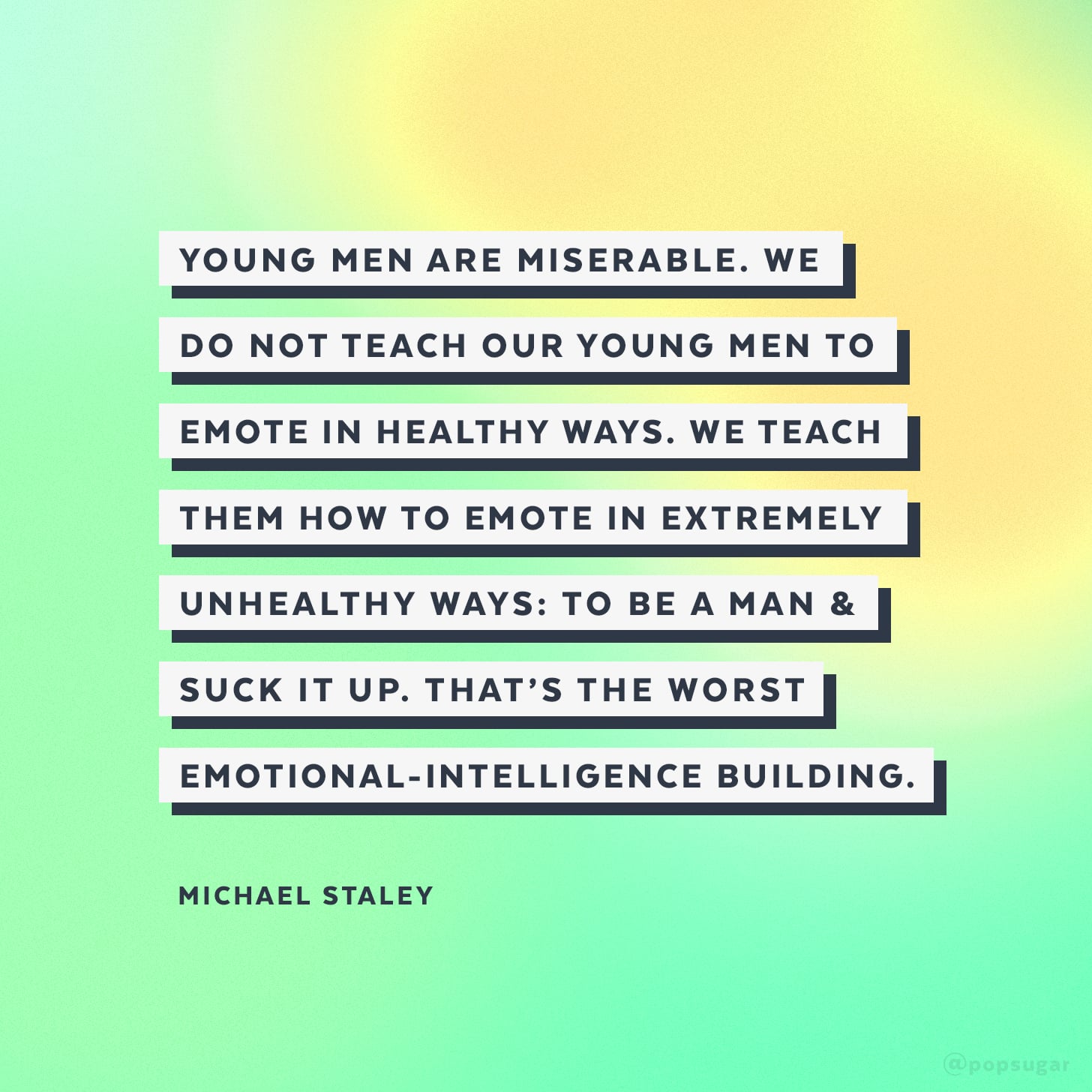 If there's anything that Staley's work points to, it's the resounding chorus minority communities have championed for years: everything is intersectional — even suicide. There isn't one or two smoking guns, no single Goliath to strike down, to rid communities of suicidal risk. If he had to point in directions of main culprits, he'd put his efforts on equipping men with emotional dexterity in addition to loosening the bonds of religion.

"Young men are miserable," he explains. "We do not teach our young men to emote in healthy ways. We teach them how to emote in extremely unhealthy ways: to be a man and suck it up. That's the worst emotional-intelligence building."

For religion, specifically Mormonism, the problem can be examined by contrasting the suicide rates in Utah vs. conservative Christian states in the South. "The suicide rates in those places are not astronomically through the roof like it is in Utah," he says. "Why would you have one high suicide [rate] in one place but not the other? I think that's because . . . there's something to the culture here in Utah that creates expectations, and we don't know what that is."

As pervasive as it is, suicide is still a subject that is so incredibly nuanced and abstract. But Staley is optimistic and knows that better suicide prevention will be developed by closely studying the issue, by using personal stories to build scientific solutions that can cater to specific communities, specific problems, and their resulting overlaps.

"My expertise is in research and is getting data out of people who are hurting," he says. "Let's address the pipeline between feeling hopeless and being suicidal. If we can do that . . . I genuinely believe we can re-engineer the way that we do prevention so that we're spending millions to save hundreds of lives. And that's where we need to be."