Michelle Hendley is an actress living and working in NYC

Before I moved to NYC, a good friend of mine lent me one final word of advice: "If there is anything — anything at all — you can do in this world besides acting, do that instead." Film and television are industries notorious for churning out iconic silver-screen legends and spitting out the rest who couldn't make the cut. Actors routinely face rejection and criticism in the audition room and are constantly compared to their contemporaries, from their skills to their looks. The stakes feel even higher when you find yourself grouped into a niche typecast. That is to say, you are easily lumped with other actors who fit a particular descriptor — blond, tattooed, old, or in my case, transgender.

As a transgender actress, opportunity comes on a double-edged sword. If a film or show is seeking transgender talent, you have a considerably better chance of getting the audition than the majority of cis actors out there. However, the roles available to transgender artists, while certainly growing and improving, are often limited to archaic stereotypes and unsavory characters. It was not until my fourth or fifth audition as a downtrodden, junkie, crossdressing prostitute that I fully understood the gravity of my friend's earlier advice.

Typecasting, frustrating and limiting as it can be, has also allowed me to meet just about every other trans actress working on the East Coast, because we all end up at the same casting calls. There is comfort in being able to confide in other women who not just relate but empathize and experience the exact same struggles. It is a tight and fiercely supportive community to be a part of, because each of us knows that our only chance to make change in this competitive and cut-throat world is if we speak as a unified whole. Progress is an often slow and uphill battle, but just in the past year alone we have seen amazing trans-positive and trans-collaborated works like Her Story and Transparent rise to recognition. It is deeply affirming to see girls like myself making headway, but there is still so much work to be done. 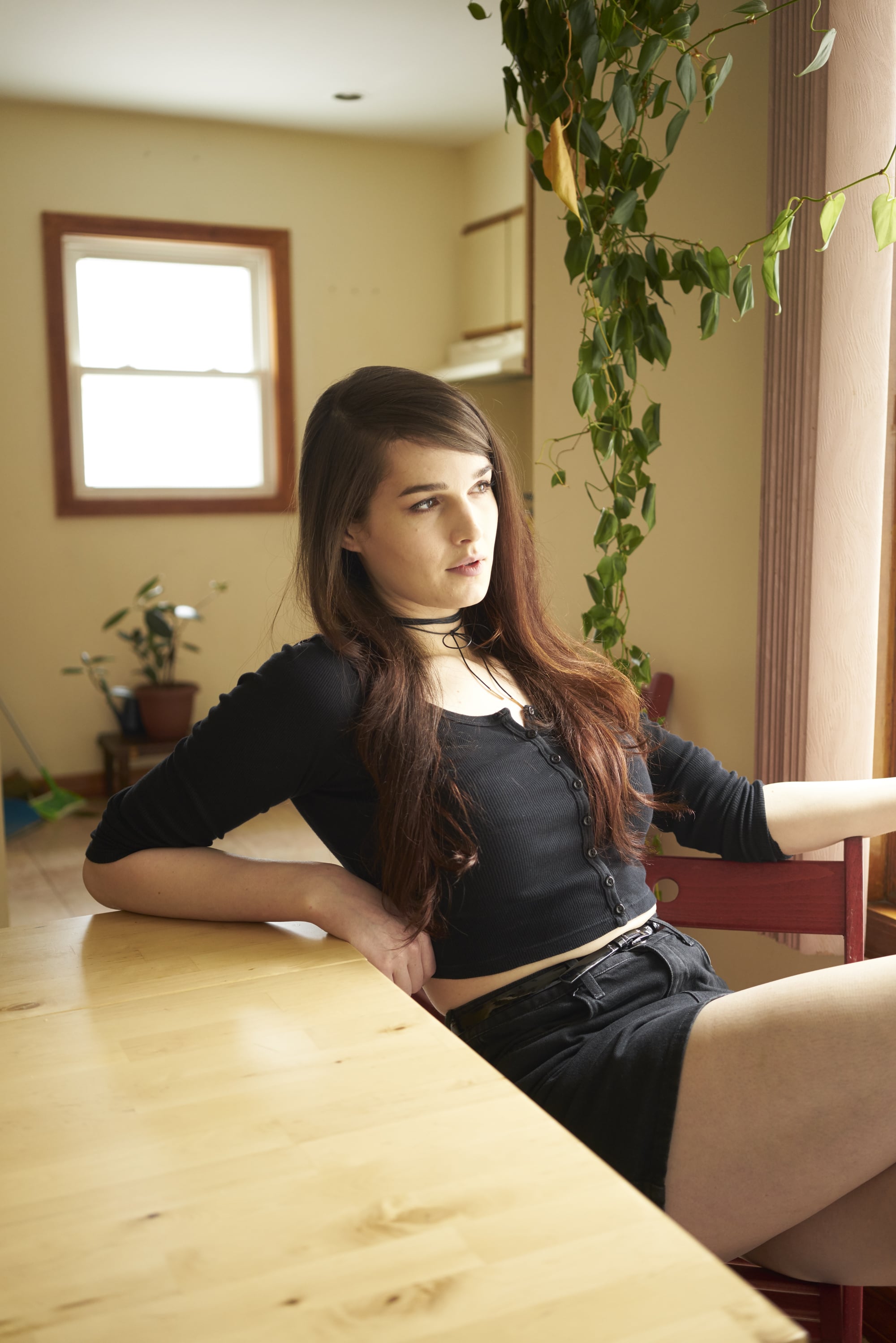 It was about this time last year I felt particularly defeated about my career and seriously considered abandoning acting, the city, and the dream I followed so far from Missouri. I questioned my strength to face another stereotype or demoralizing role and doubted my ability to bring face and change for my community. I was beside myself, but then, all golden bright and shiny, there was the 2016 Emmys. When Jeffrey Tambor was awarded for best actor in a comedy series for Transparent, he took his place on stage to say:

"To you people out there — you producers and you network owners and you agents and you creative sparks . . . Please give transgender talent a chance."

It was as though Hollywood embodied was speaking directly to me and every other transgender actor and creative alike, validating our work and our fight. It felt, at the very least, that we mattered, and our talent was worth celebrating.

Later, Laverne Cox, dressed and glowing like the award show itself, carried Tambor's call-to-action in her own words while presenting another award.

"Give trans talent a shot. I would not be here today if somebody didn't give me a chance."

I was in absolute hysterics, sobbing and laughing all at once. I cheered at my television and cried into my boyfriend's arm. If only in this short moment on a single television award broadcast, I knew the world was listening. I was proud to be one of those people Mr. Tambor was advocating for and in love with my identity as a transgender woman. I'm not sure if the universe was listening or if God was watching, but everything I needed to know was given to me in that moment, and I knew I was far from giving up my dreams.