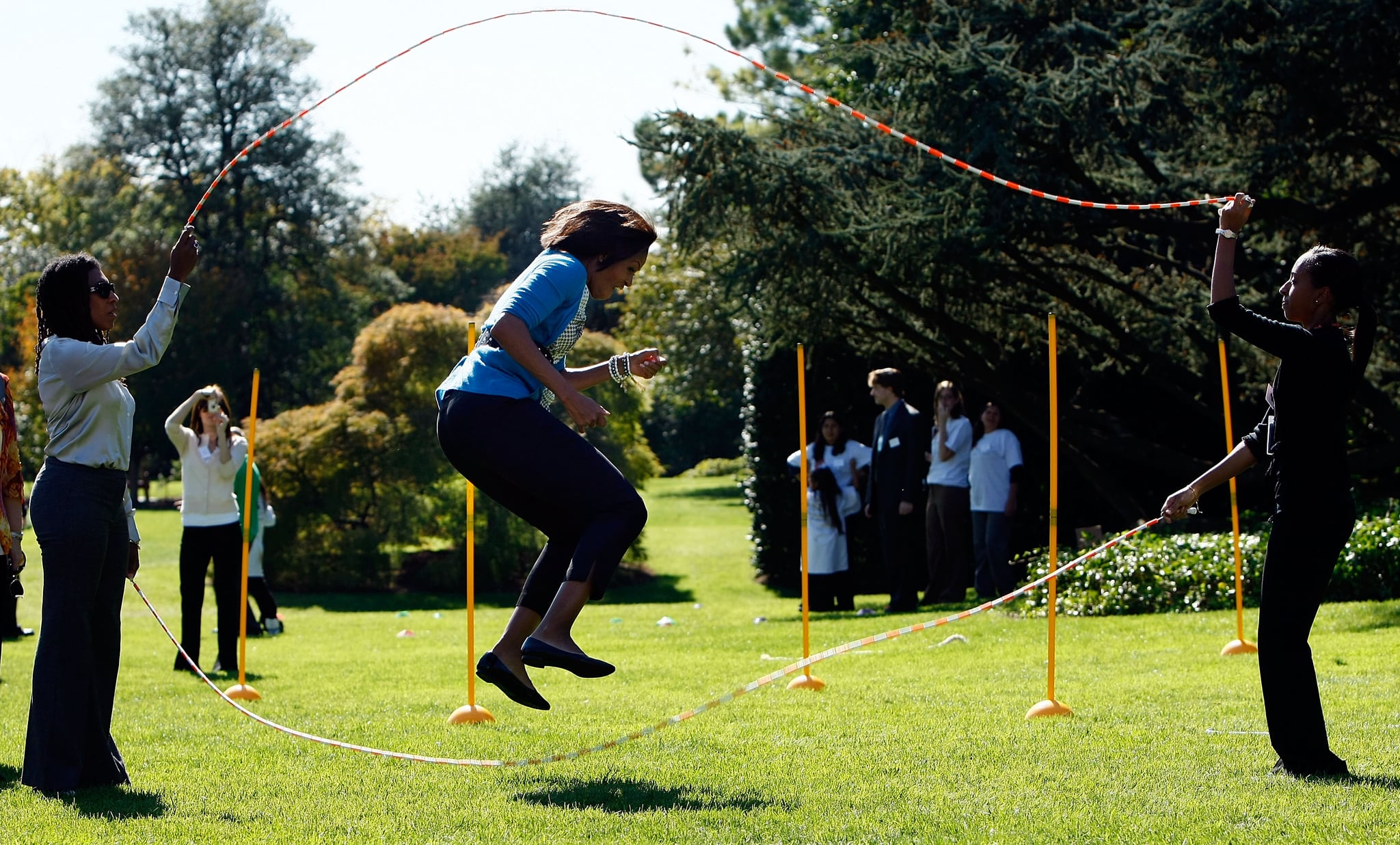 Since coming into the national spotlight, First Lady Michelle Obama has presented a down-to-earth persona many women connect to. She may be Princeton and Harvard educated, but she's not above sharing her everyday challenges, like finding time to work out or raising healthy kids. In fact, she mentioned her personal parenting struggles when launching the Let's Move campaign in 2010. In her kickoff speech, the first lady recalled how the Obamas' pediatrician once raised concerns about her daughters' weight: "Even though I wasn't exactly sure at that time what I was supposed to do with this information about my children's BMI, I knew that I had to do something."

What will be the lasting image? "It will probably be me doing push-ups."

Michelle used her approachability to further her policy objectives. I got to meet the first lady this week at the White House, before the dedication of the White House kitchen garden she created. (I can tell you she's just as down-to-earth in person as she is on TV, giving out hugs and talking about enjoying wine with her best girlfriends.) I asked her: what would be the lasting image of her time as first lady? "It will probably be me doing push-ups, sit-ups. It will be me in some physical form, dancing, jumping, laughing, surrounded by kids," she answered. 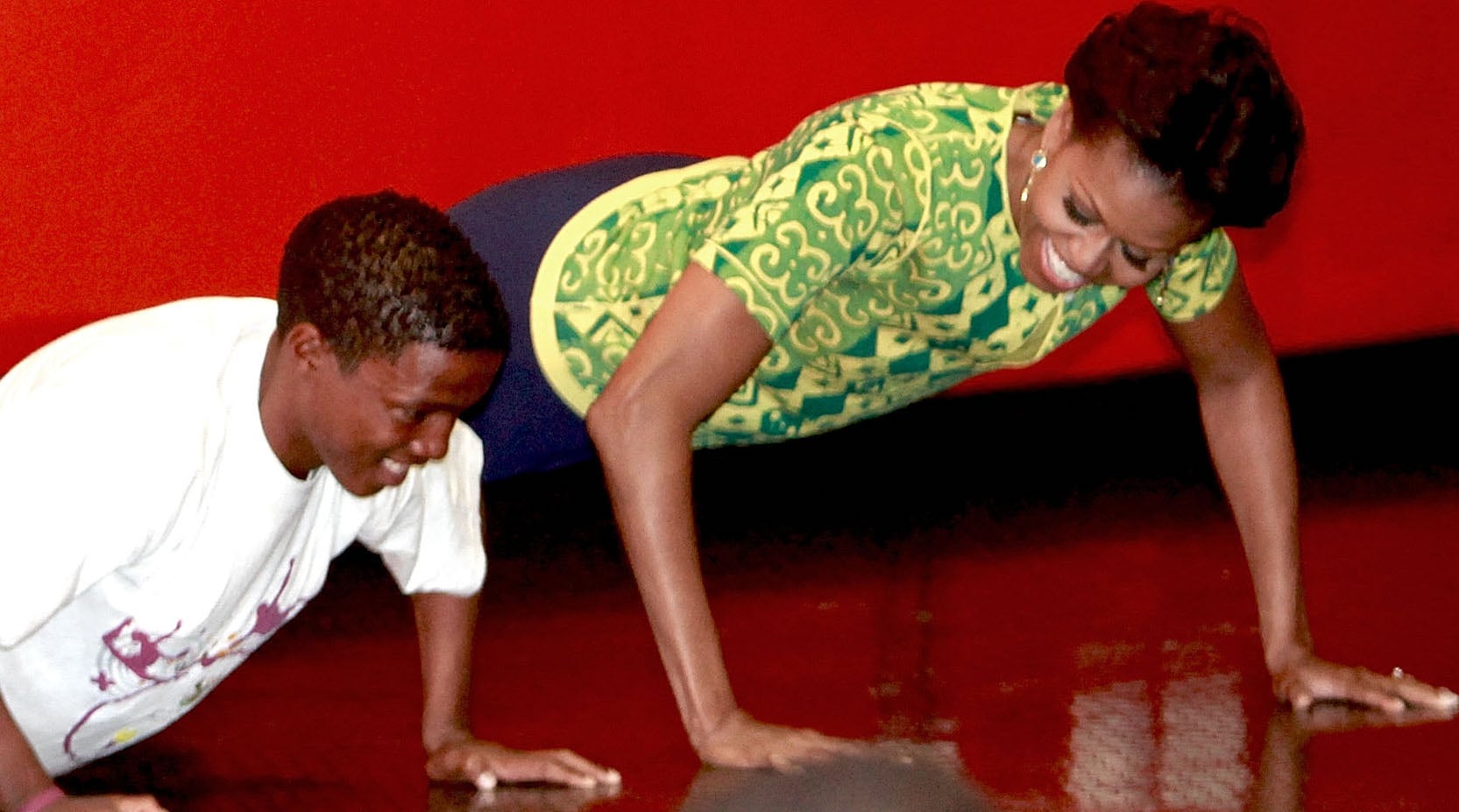 Michelle showed off her push-up skills during a 2011 tour of Africa. Image Source: Getty/ Michelly Rall

Think back on centuries of past American first ladies. Can you imagine any of them doing a push-up? While other first ladies like Hillary Clinton also demonstrated enthusiasm for an issue, Michelle changed the game by flooding popular culture with images of a first lady we had never seen before. It might be hard to remember, but eight years ago it made news when she fist bumped her husband or used words like "freaky," "24/7," or "got my back." With her unpretentious push-ups, and an ability to master modern communication in general, Michelle tried to achieve her goals of promoting exercise and fruits and vegetables. And it worked: she made turnips go viral, after all.

On her most recent visit to Ellen DeGeneres's show, Michelle doused basketball star Stephen Curry with water balloons. But, as she would point out, that was just the hook to encourage kids to drink more water rather than sugary beverages. We can also look to the "Turnip For What" Vine as an example. By rewriting the words to a Lil' Jon hit to be about a turnip, she made the vegetable fun. According to Michelle, an overarching goal of Let's Move was to infuse laughter into attitudes about healthy eating, "because fruits and vegetables for some kids are scary and not fun." It's often considered a punishment or burden. But, she said, if you start young, positive associations "will be something they'll attach to quickly."

Michelle and Ellen got into a push-up contest in 2012.

This communication strategy has been paired with behind-the-scenes work. Michelle was instrumental in the passing of the Healthy, Hunger-Free Kids Act in 2010, which increased funding to school lunches for the first time in 30 years and also updated nutrition standards. Thanks to her efforts, the FDA modernized Nutrition Facts labels and the USDA traded in the food pyramid for MyPlate. Today, 2 million children have access to Let's Move Salad Bars in their schools, and 1.6 million children attend a Let's Move Child Care that emphasizes physical activities and nutritional snacks. While the first lady admits the issue will take a generation to fix, childhood obesity rates have leveled off after years of significant increases. These accomplishments will be the story behind the iconic images from Michelle Obama's time as first lady. 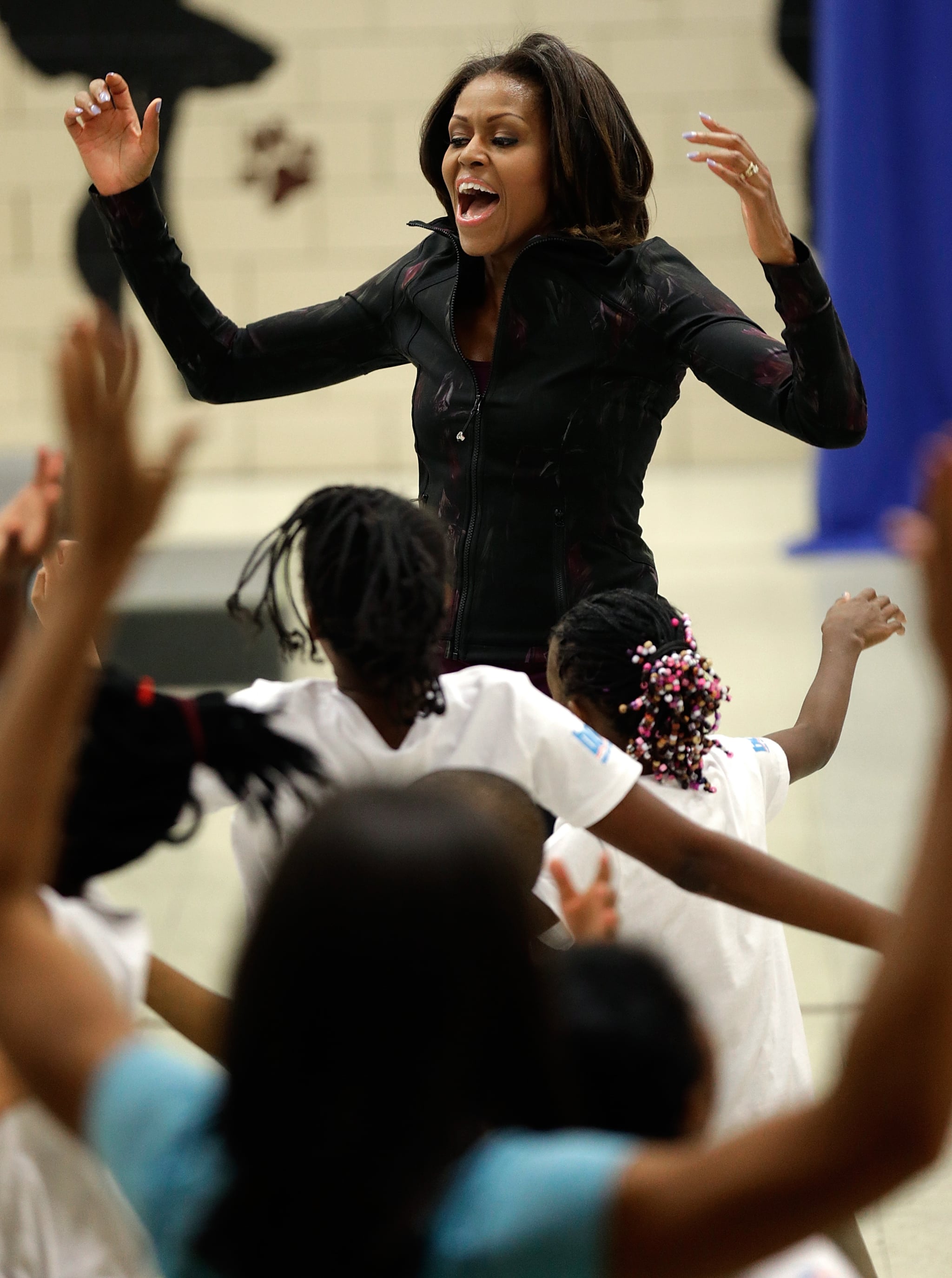