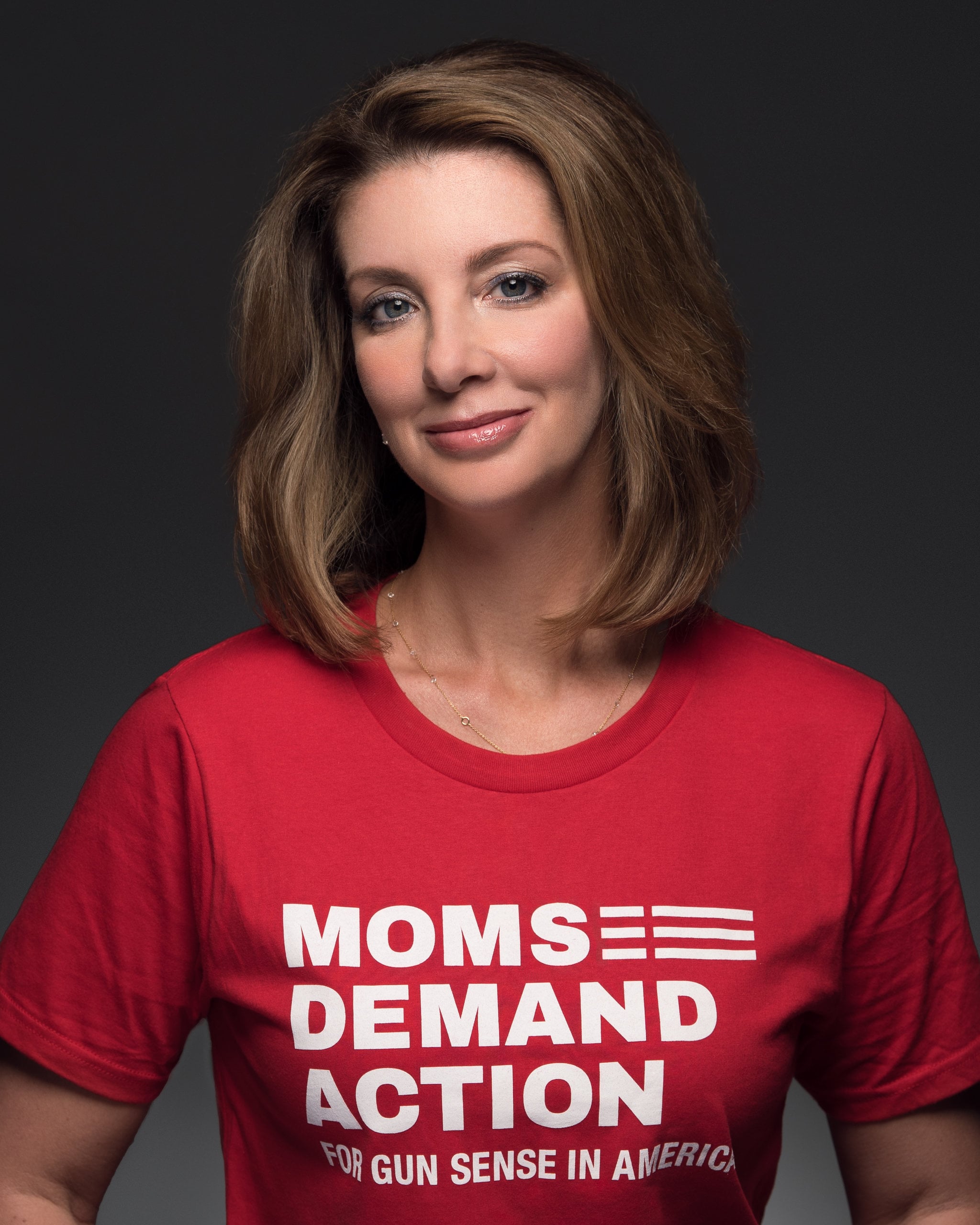 To say that Moms Demand Action founder Shannon Watts is dedicated doesn't quite capture it — just ask her family. During a recent phone conversation, the Fortune 500-exec-turned-gun-safety-advocate and mother of five admitted with a laugh: "My husband once said to me, 'Even if I had cancer, I would not spend as much time trying to get it treated as you are spending on gun violence, which you have never been impacted by.'"

Still, with studies suggesting that the frequency of mass shootings in America is accelerating in recent years, it can be hard not to feel resigned to the notion that it's just a matter of time until an act of gun violence quite literally hits home. Who wasn't struck by The New York Times' headline that referenced Kentucky being the site of the 11th school shooting of the year . . . just 23 days into 2018? And how does Watts combat outrage fatigue at this pace of tragedy? "I have never felt fatigued," she insisted. "I am part of this huge network of women, and gun violence survivors — men, too — across the country who've joined us to help us fight the gun lobby and fight for stronger gun laws. When things like this happen, although it's devastating, it also quickly turns into anger." For Watts, the network of volunteers and advocates — and their many notable wins in recent years — instead offers her "a feeling of momentum."

Watts points out evidence of that momentum: that gun safety advocates have pushed to successfully pass laws in 25 states and the District of Columbia that work to disarm domestic abusers. That they've seen eight states move to require background checks on every form of gun sale since the Sandy Hook shooting. In 2018, one area of focus for Moms Demand Action and its partners is augmenting the National Instant Criminal Background Check System (NICS) system, ensuring it will alert law enforcement when people with criminal backgrounds attempt to purchase firearms.

During our conversation, Watts, who is also a board member of Rise to Run and Emerge America, weighed in on why she believes women running for office is a "moral imperative," facing down trolls on social media to spread her message, and some startlingly simple — yet effective — ways everyday citizens can help push back against gun violence.

"When women get involved, things change."

POPSUGAR: What's one thing people can do to impact change — even on a local or neighborhood level?
Shannon Watts: Asking. Part of activism is asking a question, and then making your opinion known; whether about how someone stores their guns when you send your kids to a play date or a family member's house; whether it's asking when you're out grocery shopping if the place you're shopping at allows open carry. It's making sure you know when you send your kids to college if they go into a state with guns allowed on campus. It doesn't have to be a huge step like flying to Washington DC for a rally. It's sometimes the smaller things that are so important, because the more people that ask those questions, the more likely there is to be change. 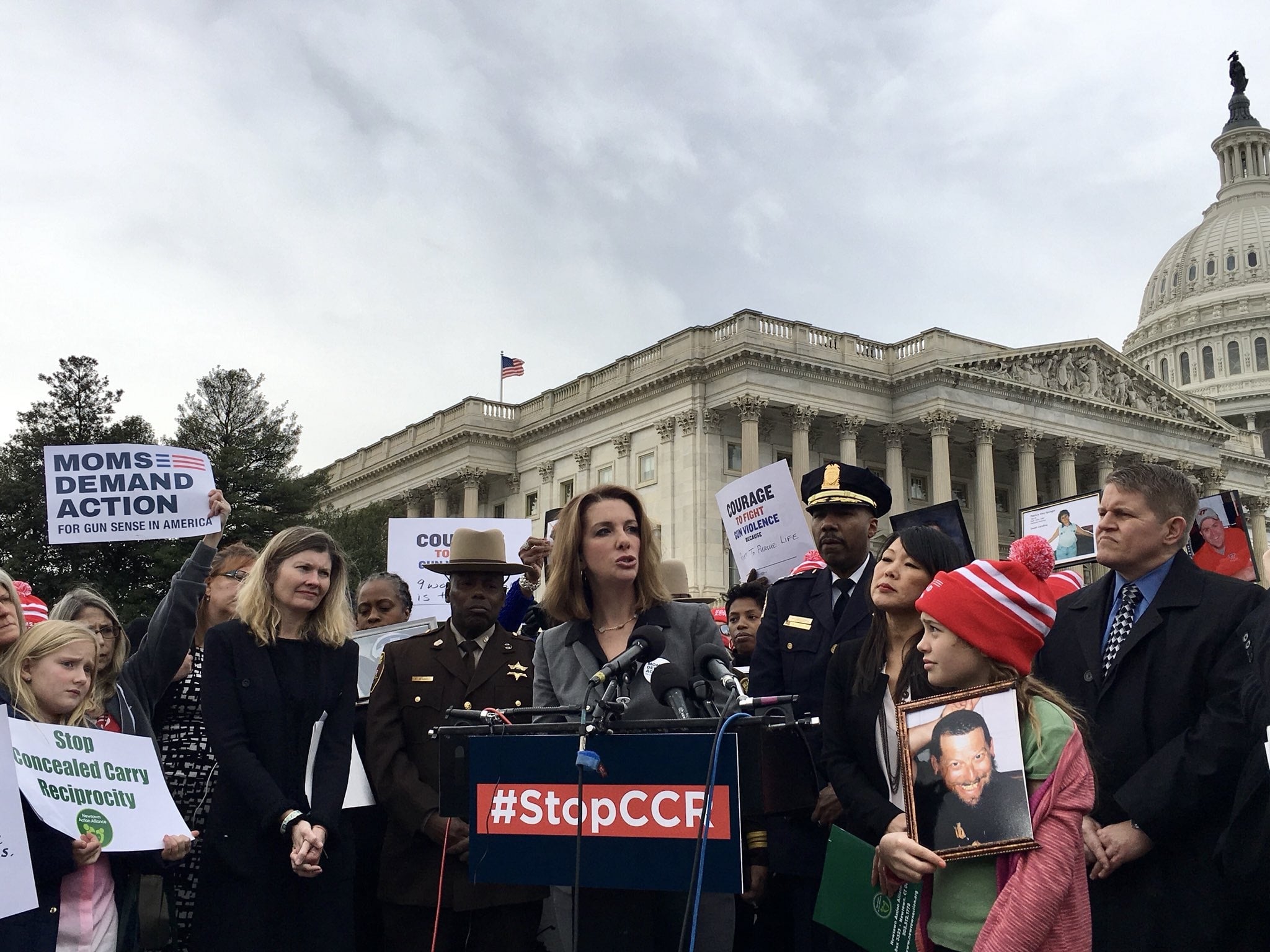 PS: For people who do want to contact their representatives and make their voices heard, what's your advice for being the most effective in doing so?
SW: The most effective thing you can do is have an in-district meeting. It's very simple. You call the office of your state or federal lawmaker, and you request a meeting, and then you go in and tell them how you feel about a specific issue. And sending letters to the editor is hugely effective and quite simple to do.

PS: You've moved on to Twitter to engage in this conversation and advocate for this cause. Do you think Twitter works?
SW: I know Twitter works. Back in the day, when we first started, one of the most effective ways we had to change companies' policies on open carry was to make pictures of open carry inside of stores go viral. [We] hashtagged Chipotle [with] #burritosnotbullets. It took them three days to change their policy. So that was incredibly effective.

PS: What's it been like to put yourself out there as the face of this cause? I think any woman on Twitter knows what it's like to be harassed, and I'm sure you face a lot of trolling. How do you cope?
SW: The election, for me, was sort of the straw that broke the camel's back. I decided I would use my real voice and I would talk about all the issues that were important to me. I mean, look: the death threats and threats of sexual violence to me, to my girls, started immediately, and it was really scary at first. There's sort of the underbelly of America I did not know existed. That soon becomes white noise, and that's the beauty of the block function. I'm not so much bothered by that.

I'll just be honest with you: I think because we're with an organization with a lot of middle-aged women, we don't get quite as much media attention as some of the grassroots movements or organizations run by men. And what Twitter allows us to do is completely bypass either the male reporters, or the male gatekeepers who aren't interested in what we're doing, for whatever reason. I think that is a very unique function.

"There are 500,000 elected positions in this country, and women only fill 17 percent of them . . . I do think, right now in this country, it's almost not a luxury to consider running — it's a moral imperative."

PS: Why do you think woman have become the leaders and the most prominent voices in the gun-safety conversation?
SW: If you look through history, women have been the secret sauce. Even though Prohibition is not looked upon favorably, it is where women found their voices. They were allowed to protest the sale of alcohol because it was considered a Christian value. And what's so fascinating is that, after they got a taste of having the power of being activists and using their voices, they moved right on to other things like child labor laws and suffrage, and then civil rights, and all the way up to the water crisis in Flint, MI. When women get involved, things change. Especially when the safety of their families and communities are at risk. 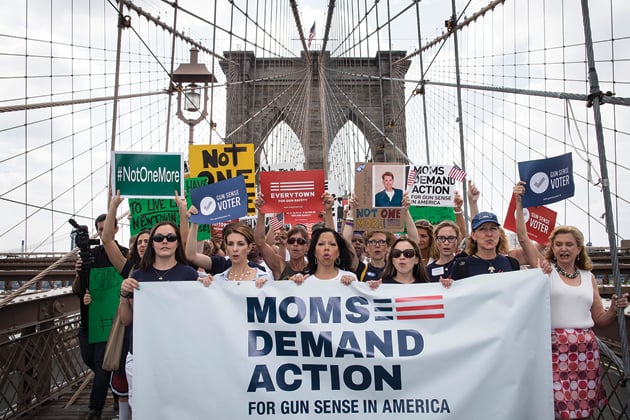 PS: We've seen a groundswell of women interested in running for office. As a board member for Rise to Run and Emerge America, what would you say to a woman who really wants to impact change but might feel intimidated or daunted by running for office?
SW: I would say, "You already have all the tools at your disposal." I would then encourage her to go through some kind of training, whether that's Rise to Run or Emerge America or Emily's List. But I would also tell anyone who's even remotely thinking about it to go ahead and do it, because the worst thing that could happen is that you lose. Even if you lose the first time, you've learned so much to help ensure you win next time.

And just because you want to run for office, you don't have to run for Congress. There are 500,000 elected positions in this country, and women only fill 17 percent of them. You could be a school board member or on your city council. You can run for sheriff. It depends on what you're passionate about, but I do think right now in this country, it's almost not a luxury to consider running — it's a moral imperative.

PS: With a lot of causes, you really need to inform people, win them over. But as you've said, the overwhelming majority of Americans care about gun violence. Why do you think our laws just have not caught up with public sentiment?
SW: In many ways, we have the same Congress in place now that we did the day before Sandy Hook. That's starting to change, thankfully, with the last couple of elections — especially in November when we won in New Jersey and Nevada, and then, recently, in Alabama. But for lawmakers who, for decades, have been beholden to this quid pro quo with the NRA — you support us, we'll support you financially — that's the equation that has to change. And I think it is starting to.

Part of what we're doing is to point out how dangerous the NRA leaders' agenda is, and then, to get lawmakers out of office who are aligned with them, and to put lawmakers in place who support gun safety and reject the NRA. And that's going to take several election cycles. It doesn't happen overnight. It would have happened a lot quicker had we elected Hillary Clinton. But she would have had the same Congress that Donald Trump has. 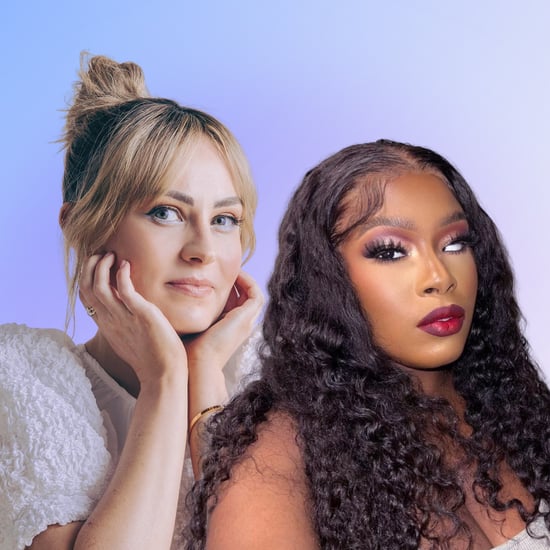