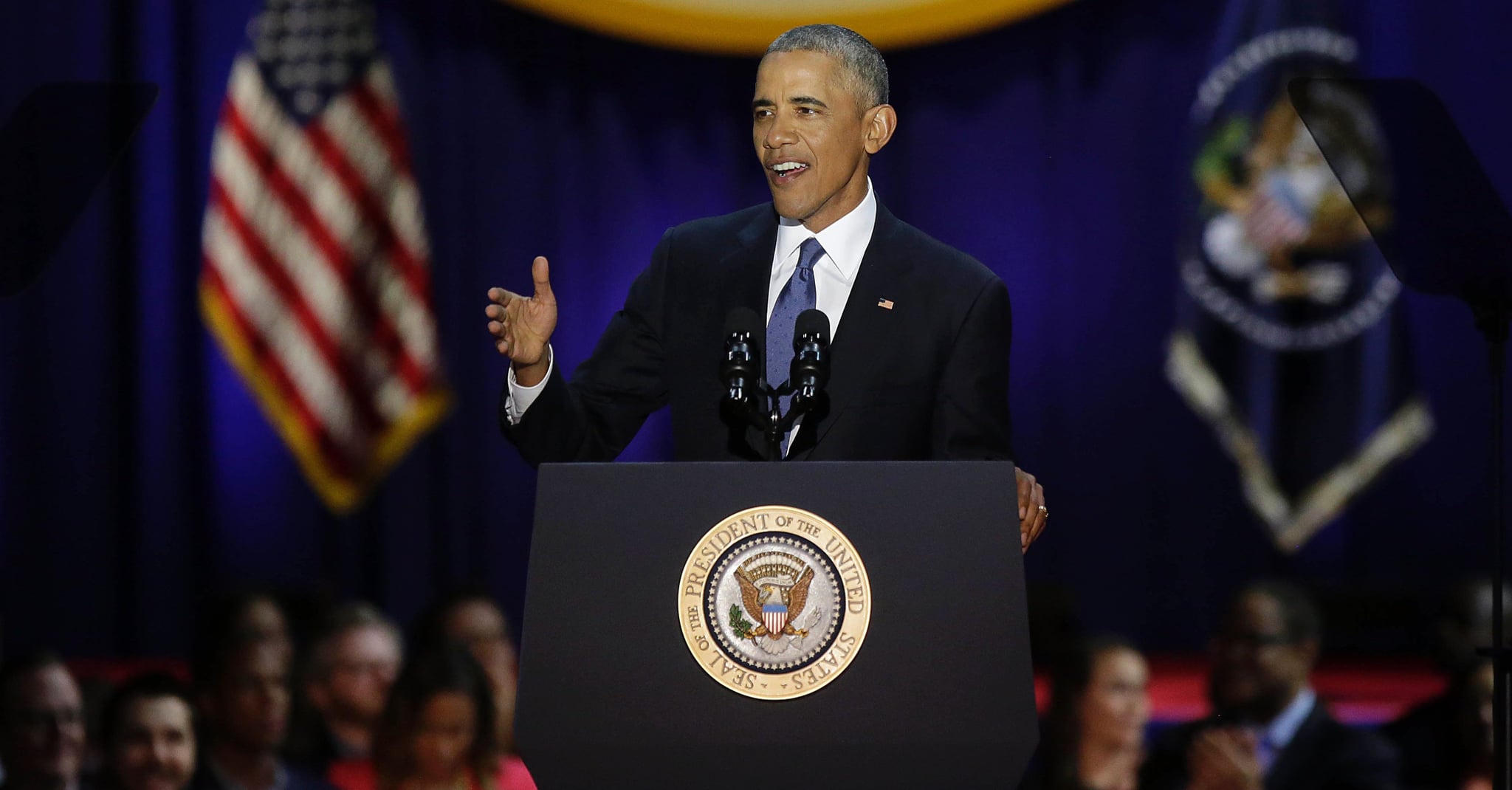 President Obama delivered his final national address on Tuesday evening in his native Chicago. Throughout the speech, Obama maintained his characteristic optimism about America's future, but he also implicitly criticized Trump's campaign rhetoric.

Obama was particularly clear about his defense of Muslim Americans: "For the past eight years, I've worked to put the fight against terrorism on a firmer legal footing. That's why we've ended torture, work to close Gitmo, reformed laws governing surveillance to protect privacy and civil liberties. That's why I reject discrimination against Muslim Americans who are just as patriotic as we are."

Expectedly, the speech was a compelling reminder of all Obama has achieved as president. But this moment stood out as especially powerful given Trump's proposed ban on Muslims entering the country and continued misrepresentation of the religion.

Personal Essay
I Weathered the Winter Storm in Texas, but It Left My Anxiety at an All-Time High
by Sydni Ellis 2 days ago