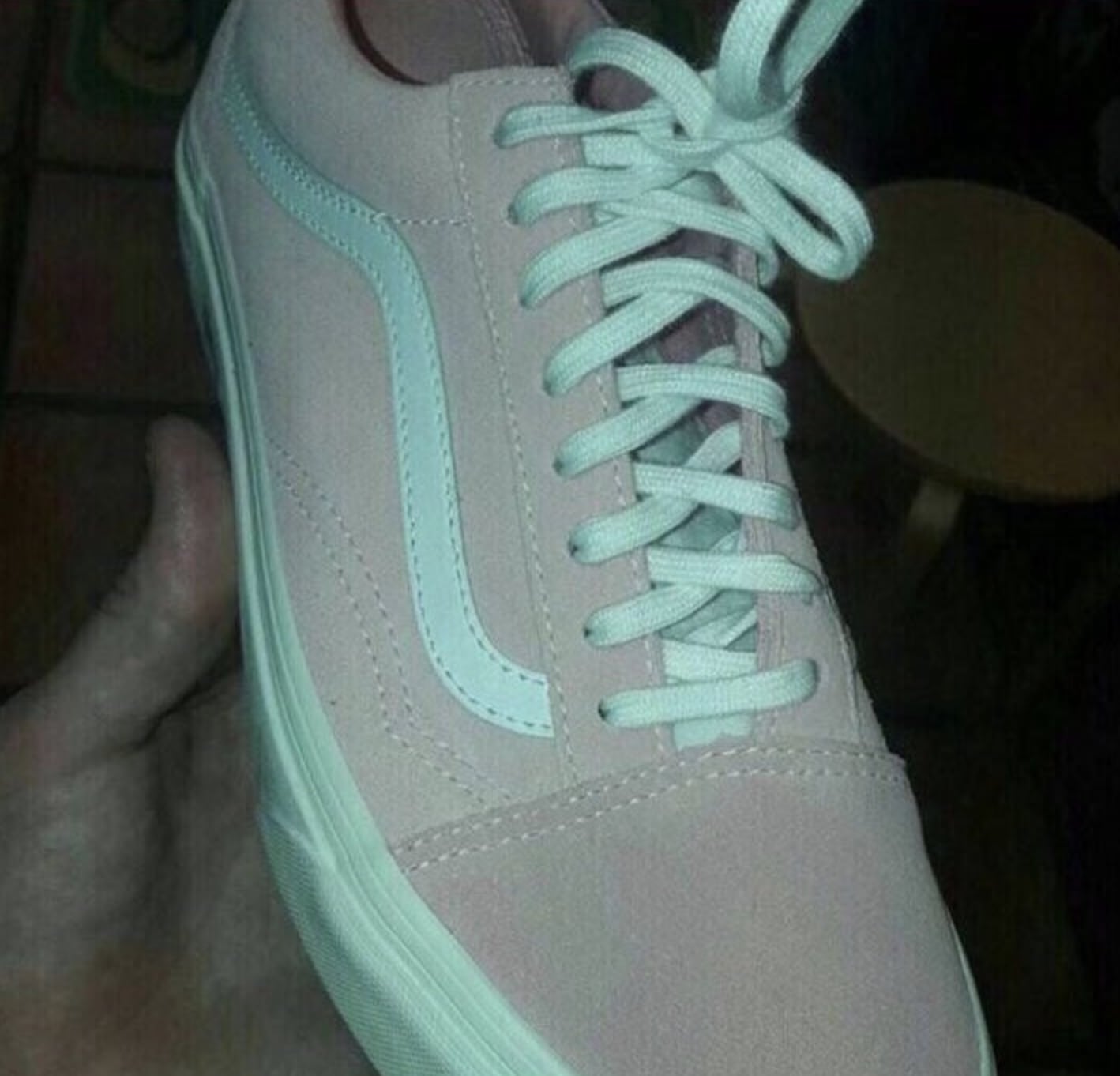 Move over, The Dress. There's a new optical illusion in town, The Sneaker, and it's blowing minds and starting fights all across the internet.

Weird!! I can see both pink and white or grey & teal depending on where I focus my eye first. So trippy. This beats the dress. pic.twitter.com/J1hWY3JUZ3

It's been more than two years since The Dress divided households around the world into two camps: those who saw blue and black and those who swore it was white and gold. In the second week of October, however, it became instantly clear that there was a far more polarizing argument to be had. When you look at The Sneaker, do you see gray and teal? Or do you see pink and white? And, more importantly, is it even possible to see what it is that the opposing side sees?

Naturally, the internet had a lot of feelings about it. Here are some of the strongest arguments we came across on our Twitter travels:

If you said "pink and white" instead of "mint and gray" look at this pic for a second... pic.twitter.com/ViQXsomfgA

THE REAL SHOE IS PINK & WHITE OKAY⁉️
The second pic was with flash & darkened, so it looks teal & gray. (depends on what lighting ur in) pic.twitter.com/FlbO3OEEuC

I feel like the people who say this shit is pink and white are just trying to fuck with everyone https://t.co/wbJhawb7UL

To be fair, a quick Google Image search will pretty solidly point to these shoes being pink and white Vans. But what if all this time, what we've considered pink and white has really been gray and teal? As the internet continues to rage on about what it is that it sees, we'll leave this up to you to decide. Just don't let it get between you and your loved ones, OK?

Spotify
It's Music to Our Ears! This Cool Website Shows You Your Top Songs in the Form of a Receipt
by Lauren Harano 3 days ago

Digital Life
Miss Going to Your Favorite Cafe? This Website Brings the Best Coffee-Shop Atmosphere to You
by Lauren Harano 3 days ago