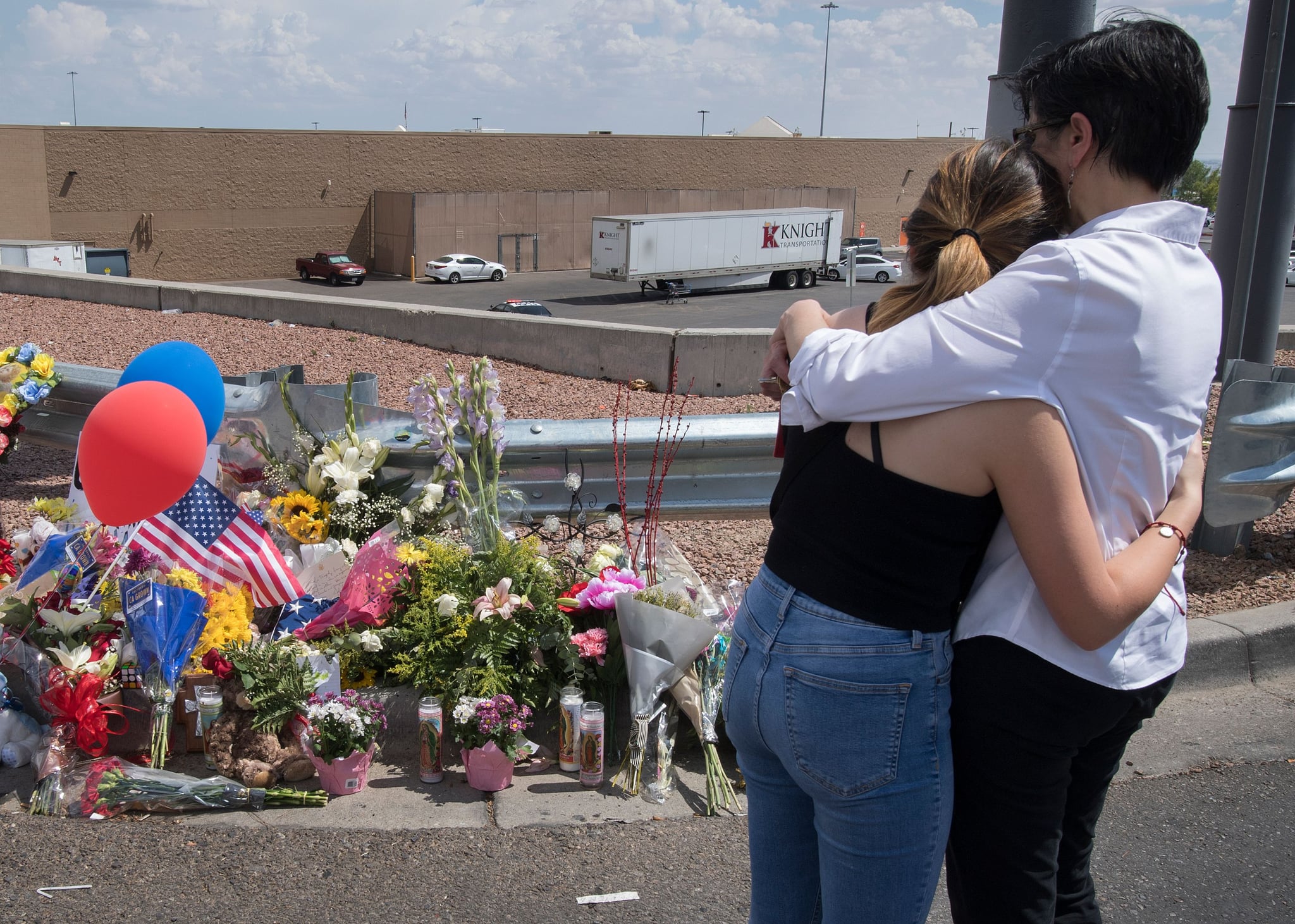 Saturday night, I attended the US Women's National Team's victory tour kickoff at the Rose Bowl in Pasadena, CA, a massive arena that can hold nearly 100,000 people. We arrived to the stadium in the wake of one mass shooting and mere hours before another; as the crowd took a moment of silence for El Paso, TX, another 20-something-year-old white male was gearing up to unleash terror and bullets on Dayton, OH.

There was a muted quality to the night, despite the fireworks, and the cheers, and the tiny euphoria of each goal. Because in moments like this, when we should be sharing in an expression of joy, there is a sense that violence could tear it apart at any second. Simmering just underneath that shared joy is another feeling: dread.

The foreboding is always there now, haunting our daily errands and most mundane motions, tainting the moments where we should be at our most celebratory and peaceful.

The foreboding is always there now, haunting our daily errands and most mundane motions, tainting the moments where we should be at our most celebratory and peaceful. Widespread fear can bring people together, I'm sure, in some circumstances. But America's shared fear of mass shootings doesn't make us feel closer, because the perpetrators are always one of us. We are suspicious of each other, anxious when we're surrounded by too many strangers. (This isn't to say the fear is exactly the same for all of us. I am white and would not presume to know the terror those who are targeted by white supremacist terrorists because they are black, brown, Jewish, or Muslim experience. It is certainly different than my own.)

I've been thinking about a concept Brené Brown writes about in her latest book, Braving the Wilderness, which is Durkheim's theory of collective effervescence. His concept was rooted in religion, but I interpret it as capturing that buoyant, connected feeling we get when we share in something meaningful and emotional with a crowd of others. It's the feeling you get when you are moved to tears at a concert among a crowd of thousands singing all the words, or when your community converges inside the walls of your place of worship. That feeling that you are one bubble in a froth, being lifted to the surface by all the other bubbles. It's one of the most joyous feelings; one of the most beautiful ways we can sense our humanity being affirmed by and with each other. Feeling safe, it seems to me, is an essential requirement of experiencing this emotion. And I am afraid we are losing the ability to feel it. I think I am.

We are forever navigating the aftermath of a mass shooting while simultaneously bracing ourselves for the next.

At the soccer match, as I wielded my "I want to be like Megan Rapinoe when I grow up" t-shirt so my boyfriend could take an Instagram boomerang, I wanted to be present. I wanted to celebrate a group of women who are doing real good in the world and illustrating some of the best ideals of our country: hard work, inclusion, equality. I wanted to feel unbridled happiness. But instead, I was thinking about how to escape if the arena I was in exploded into violence. I was thinking about how it felt wrong to rejoice in anything, worried it would seem gross and offensive to celebrate.

But if not then, when?

That evening, an acquaintance tweeted that she picked "a really awful day to to watch Vox Lux for the first time." The 2018 movie, starring Natalie Portman, opens with a disturbing school shooting. When I saw her tweet, I remembered something I'd forgotten: when I screened the movie almost one year ago, it was also a really awful day — two days after the Thousand Oaks, CA, shooting. The director introduced the movie and told the audience that if we didn't feel up to staying, he understood. I didn't feel up to it, but I stayed. Because now, it seems, there is never a day that is not an awful day. We are forever navigating the aftermath of a mass shooting in this country while simultaneously bracing ourselves for the next.

It's often said that everyone knows someone who has been touched by cancer. At some point soon — if we do not take urgent action to radically transform both our laws and culture — I imagine the same will be true for mass shootings. I have a friend who survived the Las Vegas shooting. So did my sister. She lives in Idaho. I live in California. The shooting happened in Nevada. Today, American proximity to mass violence is narrowing in on zero degrees of separation. We are terrified to come together in crowds. I felt that fear at the soccer match, as much as I wanted to revel with the strangers by my side in a shared passion and a shared triumph. It is profoundly sad. It is profoundly dreadful. But I am not ready to give into the dread. And I bet you aren't, either.

Perhaps a place to start, as hard as it may be, is to admit to ourselves fear of coming together en masse is not a metaphor for our politics or the state of our communities today. It is the basic fact of them. Then, we have to decide how much the joy is worth — and how hard we are willing to fight to rediscover it.