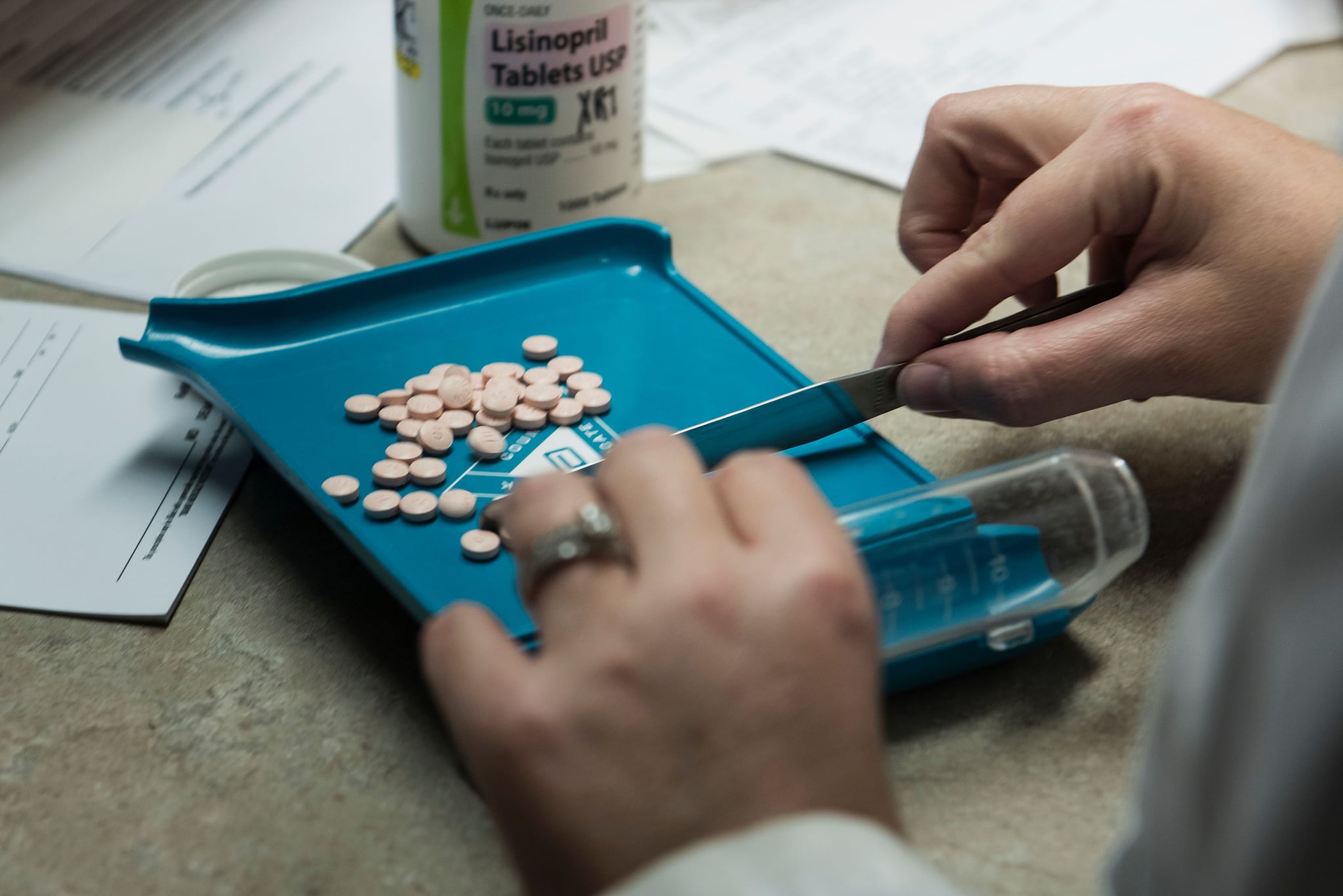 In the current state of the nation, women's rights — particularly reproductive rights — are perpetually under attack. And a recent transaction at an Albuquerque, NM, Walgreens is a chilling example.

Here's what went down: A teen girl's mother went to the pharmacy to pick up Misoprostol for her daughter, which she says was prescribed to the teen as she prepared to get an IUD. (The drug is regularly prescribed to prevent stomach ulcers but is also one of two drugs administered together to induce a medical abortion.) However, the mother was denied the drug, simply because the pharmacist personally did not agree with dispensing the medication, citing "personal reasons." The event has become a showdown over reproductive, religious, and personal rights, with Walgreens stepping in to state that it supports employees refusing to carrying out sales like this one if they "morally object."

The incident happened in August 2016, and the American Civil Liberties Union (ACLU) of New Mexico and the Southwest Women's Law Center (SWLC) have now partnered to file a formal complaint with the New Mexico Human Rights Bureau.

"Women should be able to walk into any pharmacy that serves the public with full confidence that they will receive the care and medicine they need without being disrespected and discriminated against," ACLU attorney Erin Armstrong said in a statement.

Pamelya Herndon, executive director of SWLC, noted that a man seeking the same medication for stomach ulcers would have gotten treatment, but "because our client was a woman, the Walgreens employee automatically assumed the medication was for a reproductive health."

What's most disappointing is that this isn't the first instance of such discrimination happening at an Albuquerque Walgreens. In 2012, a Walgreens employee refused to fill a woman's birth control prescription, resulting in the company standing for such "moral objections" while the ACLU took action. The situation ended with Walgreens vowing to ensure that employee religious beliefs do not stand in the way of birth control prescriptions being filled.

Yet, four years later, the same situation repeated itself — and the ACLU is not sleeping on that fact.

The Southwest Women's Law Center has partnered with the ACLU to ensure women have access to their reproductive health prescription regardless of their pharmacist's personal beliefs.

Walgreens adds that its policy will "ensure that in these rare instances, patients are offered reasonable alternatives to access legally prescribed medications" and said the company is planning to "retrain all of our pharmacists and store leadership in New Mexico on policies and procedures relating to conscientious objection, to ensure that we're providing the highest level of patient care and service."

But those fighting against this policy — and the refusal of service the teen and her mother faced last year — say these allowances embolden discrimination against women and weaken women's access to health care. As critics argue, the increased intertwining of politics and religion under the Trump administration is a clear threat to women's rights.

Luckily, organizations like the ACLU are ready and willing to fight for women's rights — even if it's a battle they've had to wage before.

Personal Essay
I'm Half Asian, and After Atlanta, I Feel More in Between Than Ever
by Kimmie Fink 1 week ago