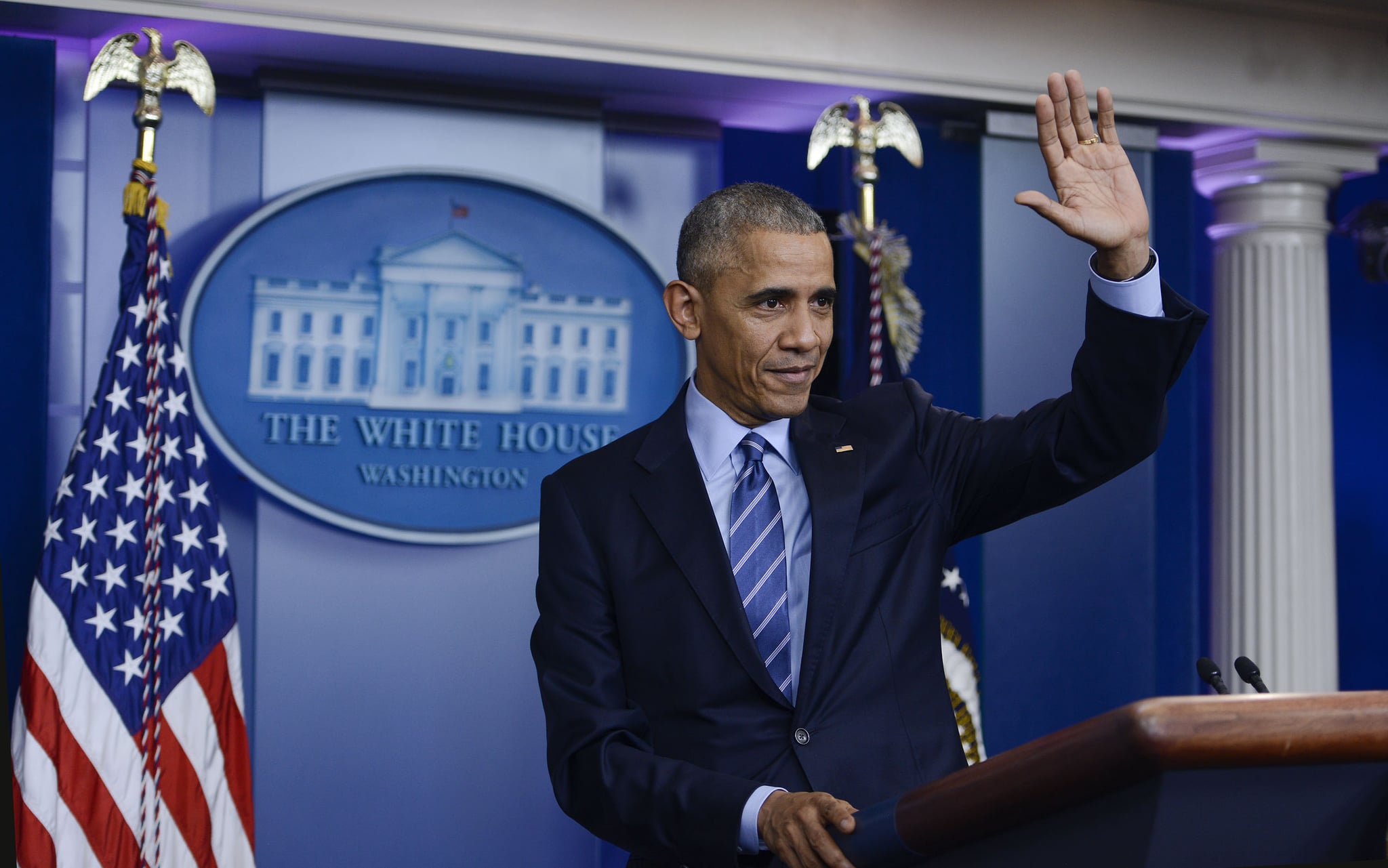 Like many Americans, President Obama was in a reflective mood on New Year's Day. The president, who has less than three weeks to go until he leaves office, shared a short series of tweets looking back on his time in the White House. He celebrated the realization of marriage equality, Obamacare, historically high job growth, and his wins around clean energy and fuel standards. But his tweets didn't read as a drop-the-mic moment; instead, they read as a passionate, proud look back at all Americans have achieved together in the eight years of his presidency:

Facing the worst financial crisis in 80 years, you delivered the longest streak of job growth in our history. pic.twitter.com/Vk3PfRgZqF

From realizing marriage equality to removing barriers to opportunity, we've made history in our work to reaffirm that all are created equal.

He pointed out the positive impact of Obamacare:

After decades of rising health care costs, today nearly every American now has access to the financial security of affordable health care. pic.twitter.com/5e4nEcCxIM

And he ended on a humble, hopeful note:

It’s been the privilege of my life to serve as your President. I look forward to standing with you as a citizen. Happy New Year everybody.

Politics
There's Still Work to Be Done: Stacey Abrams on the Power of Women in the Fight For Progress
by Chanel Vargas 13 hours ago

Alexandria Ocasio-Cortez
Where Was AOC During Biden's Inauguration? Supporting Essential Workers on Strike
by Chanel Vargas 18 hours ago