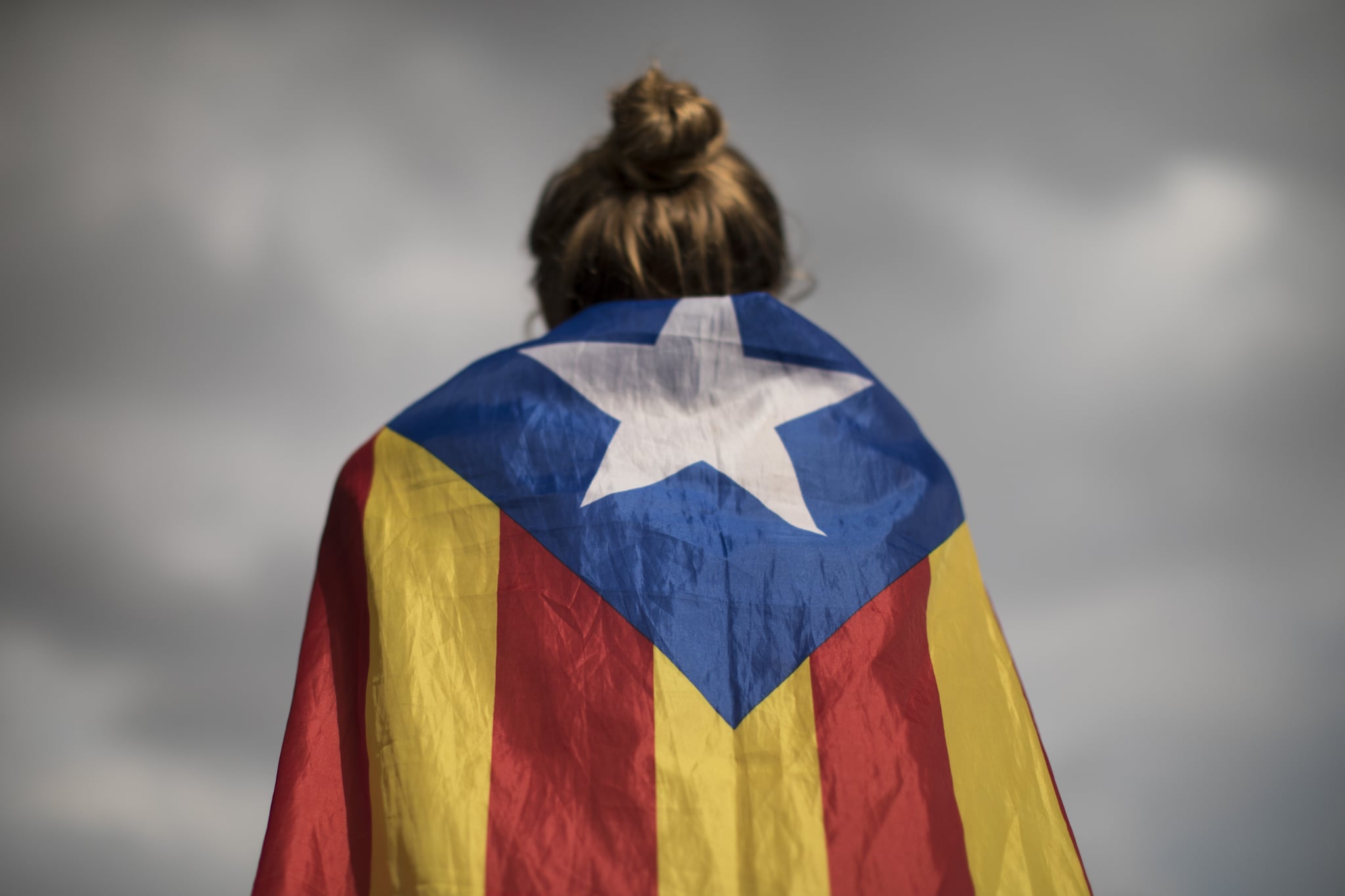 Five women hunch over their laptops, elbows practically touching around the small table they share inside an unassuming work collective in downtown Barcelona. Attorney Anaïs Franquesa, reluctant to leave her post among them, glances at her screen one last time before briskly standing and shepherding me to another room. She's got five minutes to spare, she tells me, before she has to plunge back into a race against time.

"Fear of being doubted is a real thing, and that's why we don't have numbers at this point."

Franquesa, a lawyer at the Irídia Center For the Defense of Human Rights, is compiling an official report on "gender violence committed during acts of state repression" on the heels of Catalonia's independence referendum on Sunday, Oct. 1, which she'll be dispatching to the United Nations, European Union, and other international groups on Oct. 7. And she's taking on the cause of multiple women who say police sexually assaulted them amid the protests that broke out around the historic vote.

The Vote For Independence — and the Brutal Aftermath

Forty-three percent of the region's voters (roughly 2.6 million Catalans) participated in the referendum, in which an overwhelming 90 percent voted to separate from Spain. While independence-minded Catalans have long clamored for a vote on self-determination, which they consider a right, Spain has adamantly opposed the referendum. The Spanish government argues that it breaches the Spanish constitution, which states the country is indivisible. When, on Sunday, Catalans went ahead with the vote anyway, Madrid responded swiftly and brutally, deploying thousands of security forces to the northern region to seize ballot boxes and stop locals from voting. Nearly 900 people were injured by blows and rubber bullets dealt by Spanish police in a crackdown that's been widely condemned by the international community.

Right now, Franquesa's chief concern is the number of sexual assault reports emerging across social media channels and coming straight to her organization. 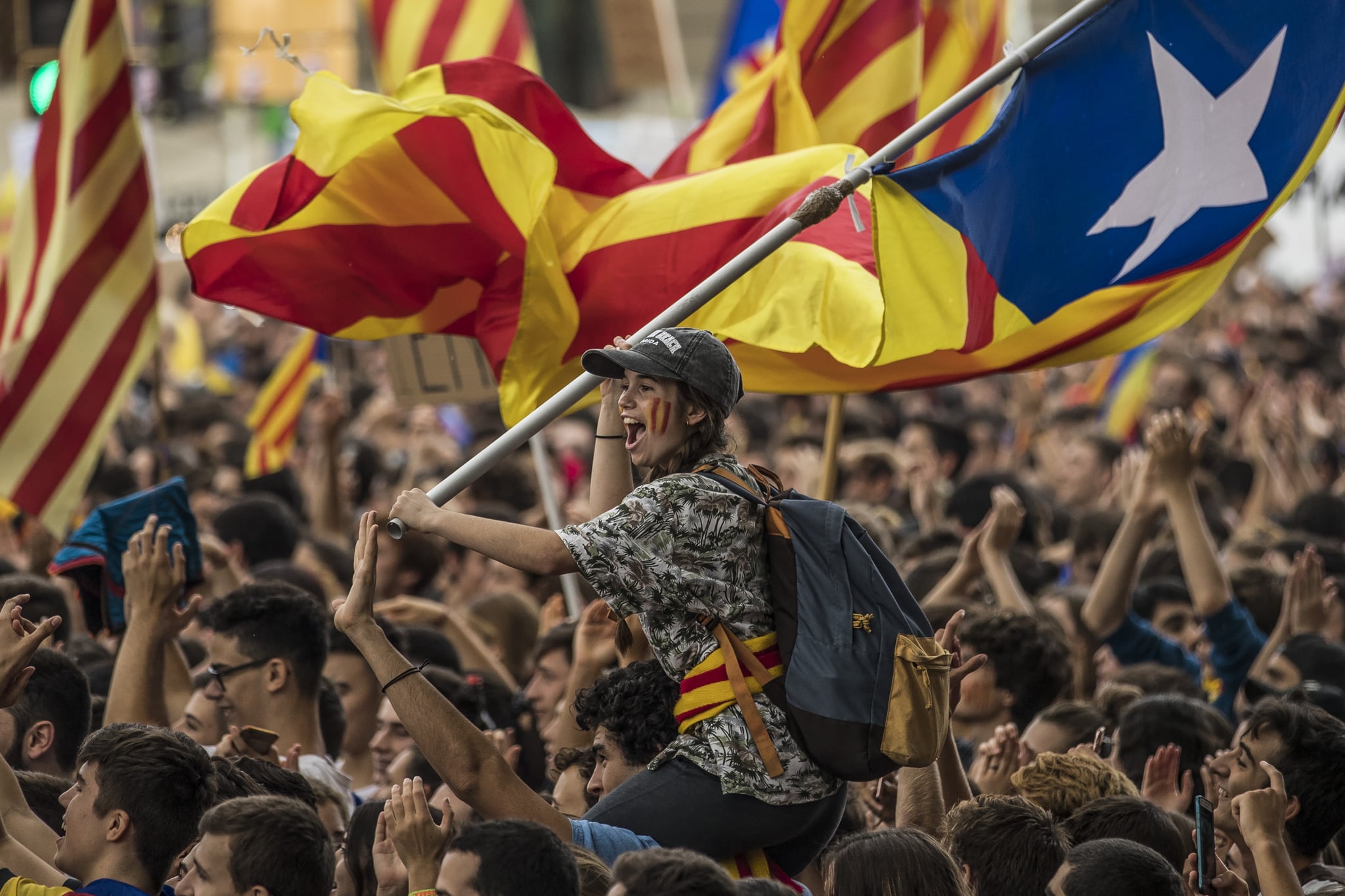 "In terms of police violence out in the streets, in the last few years, we hadn't heard of this kind of aggression. We're concerned," she says. Several women have reached out to her with their stories, she says, but she expects many more were impacted but are hesitant to file official reports.

"Fear of being doubted is a real thing, and that's why we don't have numbers at this point," she explains. "It's still early."

Why Women Became a Target

Catalonia's independence movement is spearheaded by a number of high-profile female politicians and is supported by a number of feminist collectives. According to Franquesa, a crackdown on women may be evidence of security forces' unease at what can be called a feminist movement.

"It's worth highlighting that there were a lot of women in the polling stations, and there's a general understanding that there's a definite feminist nature to everything that's happening and that women are playing an important role," she says. "So maybe this is a reaction to women taking on leading roles."

The story that's made the biggest splash is that of Marta Torrecilla, who was filmed being grabbed by police and thrown down a flight of stairs in the school where she was voting. In a video later that day that quickly went viral, Torrecilla says police broke her fingers and touched her breasts while evicting her from the building.

In a context in which civilians are being overpowered by police operatives, "sexual assault causes an even stronger sense of shame in victims, and women especially," Franquesa says.

How Social Media Is Bringing Attention to the Sexual Violence

Besides Torrecilla's account, there are multiple videos and images of women being grabbed by police or pulled by their hair. Barcelona's mayor, Ada Colau, told press she received a number of reports of sexual assault and will file complaints against the accused officers. 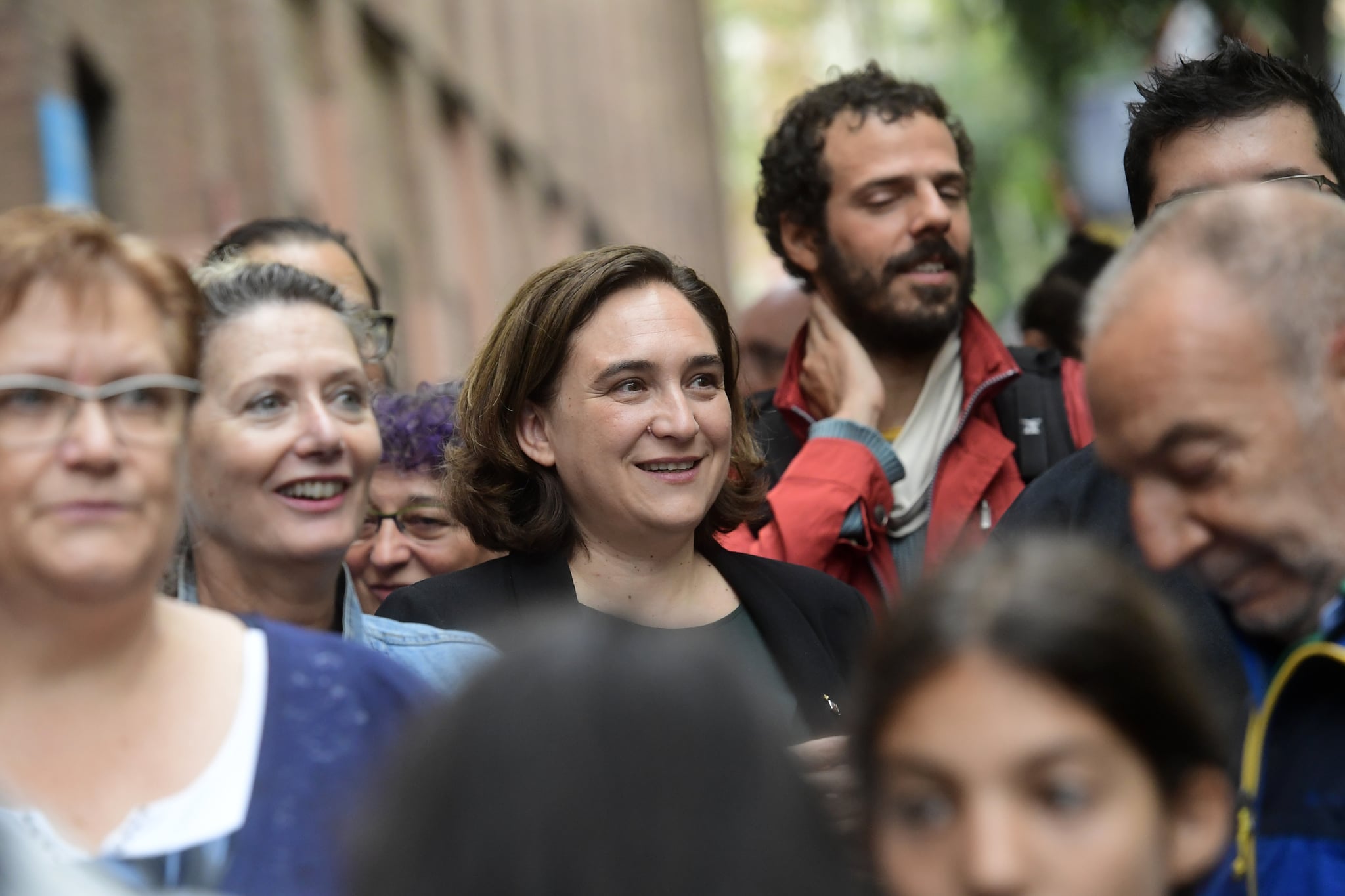 Barcelona mayor Ada Colau waits outside a polling station to cast her vote in the referendum on Oct. 1. Photo courtesy Getty / Jose Jordan.

Raquel Santiago, who tells POPSUGAR she works as a firefighter, recounts how she witnessed "thousands and thousands of police charging against people" on Sunday. "We [firefighters] were the ones who were off duty; we were protecting the citizens because we knew it was going to get — well, we didn't expect it to be so terrifying, but we were expecting some tension," she says.

"Look for the videos. The internet's full of them, and they're real."

We spoke with her just a few days after the crackdown on Oct. 3 while she and the rest of her brigade, in full uniform, filed down one of Barcelona's main avenues to the cheers of thousands of protesters condemning Sunday's police violence.

Santiago says she saw many women get roughed by police. "Look for the videos. The internet's full of them, and they're real. One of my colleagues was assisting one of the women who was injured by a [police officer's] club. The emergency system was totally collapsed, so we had to tend to the injured."

Spanish police deny any incidents of sexual assault. "We can't say anything because we're not aware of any sexual assault reports," the Guardia Civil press office told POPSUGAR when reached by phone on Oct. 3. Spain's Prime Minister, Mariano Rajoy, has not acknowledged any of the violence on Sunday and has congratulated security forces for "doing their duty." The Guardia Civil is a respected corp in many parts of Spain. As Catalans take to the streets this week demanding police leave the region, many Spaniards throughout the country have voiced their support of the corp.

The Catalan parliament has said it will declare independence within the next few days. If they do, Spain will likely seek to impose its rule of law, and in so doing, may deploy additional security forces to the region.

Back at the collective, Franquesa flashes a smile. "You may have heard one thing that's been shouted in the streets, which is, 'Without our grandmothers, there's no revolution,'" she says. "It shows us how women are playing an active role — grandmothers, mothers, women in general." Franquesa's hope? To give them an even louder voice with her report.