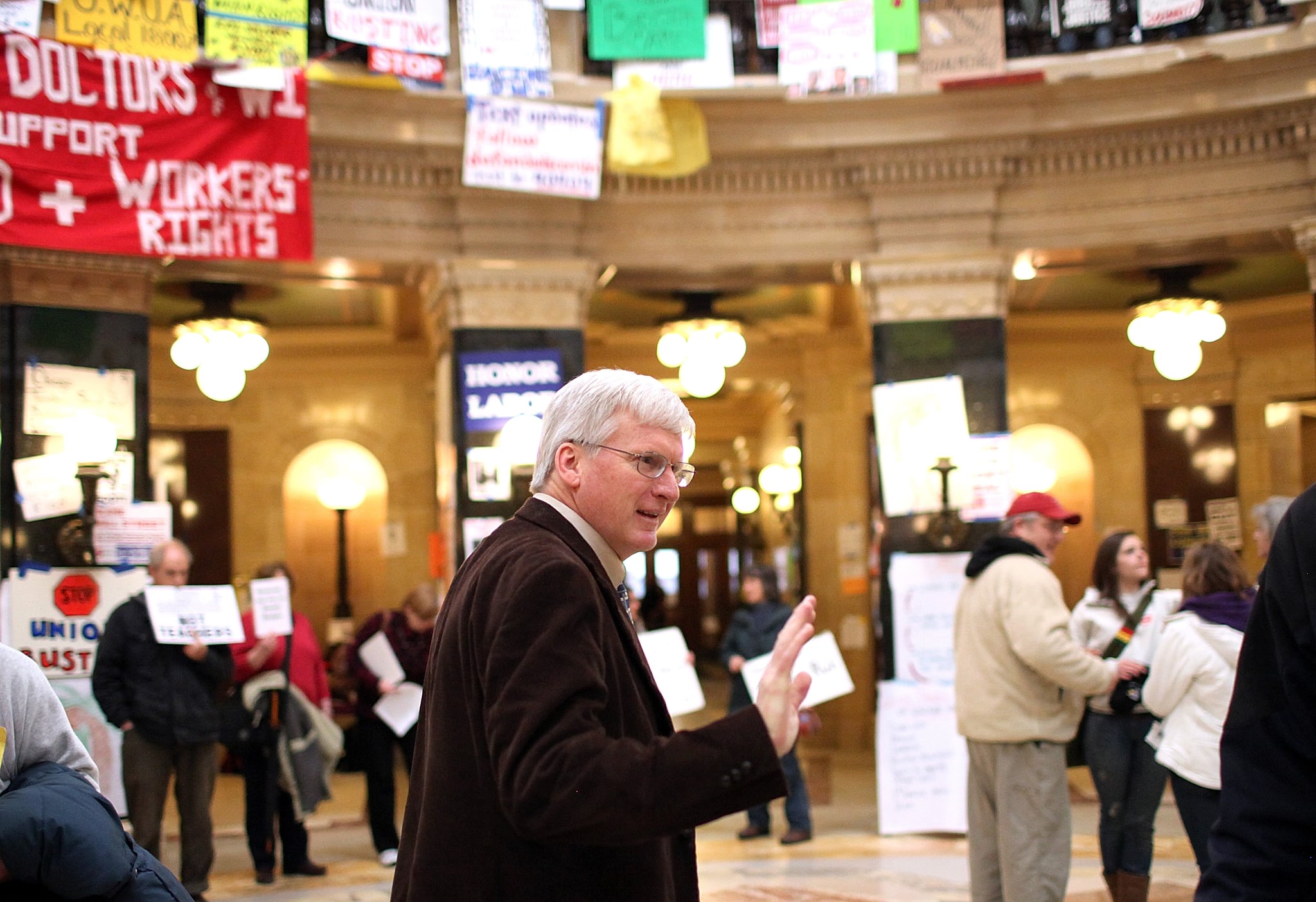 Another day, another GOP congressman is in trouble with his constituents after insinuating that women can get birth control at grocery stores. The comment, made at a town hall, comes from Representative Glenn Grothman, who has previously made inflammatory statements.

Grothman, who represents Wisconsin's sixth congressional district, held a town hall in Neenah, WI, on April 30. During the meeting, a constituent calmly explained to him that her daughter receives care at Planned Parenthood because her employer doesn't offer medical benefits. So she asks him, "Help me understand why you want to defund Planned Parenthood and please do not use abortion as an excuse."

Related:
An Alaska State Rep Thinks Women Are Using Abortions as an Excuse to Travel

Of course, Grothman begins his answer by stating that Planned Parenthood is the "biggest abortion provider in the country." He then goes on to suggest that women can receive birth control at pharmacies and grocery stores. The crowd lets him have it, yelling at him and shouting "Be honest." You can watch a clip of the exchange ahead.

This isn't the first and most likely won't be the last incendiary comment Grothman makes. He's previously said that he believes the government "bribes" people to stay single and have children to receive welfare benefits; that Pell grants shouldn't go towards low-income or first-year students; and that black people don't care about Kwanzaa. He is up for reelection in two years.

Identity
This Roe v. Wade Anniversary, We Must Consider Race
by marjua estevez 5 days ago