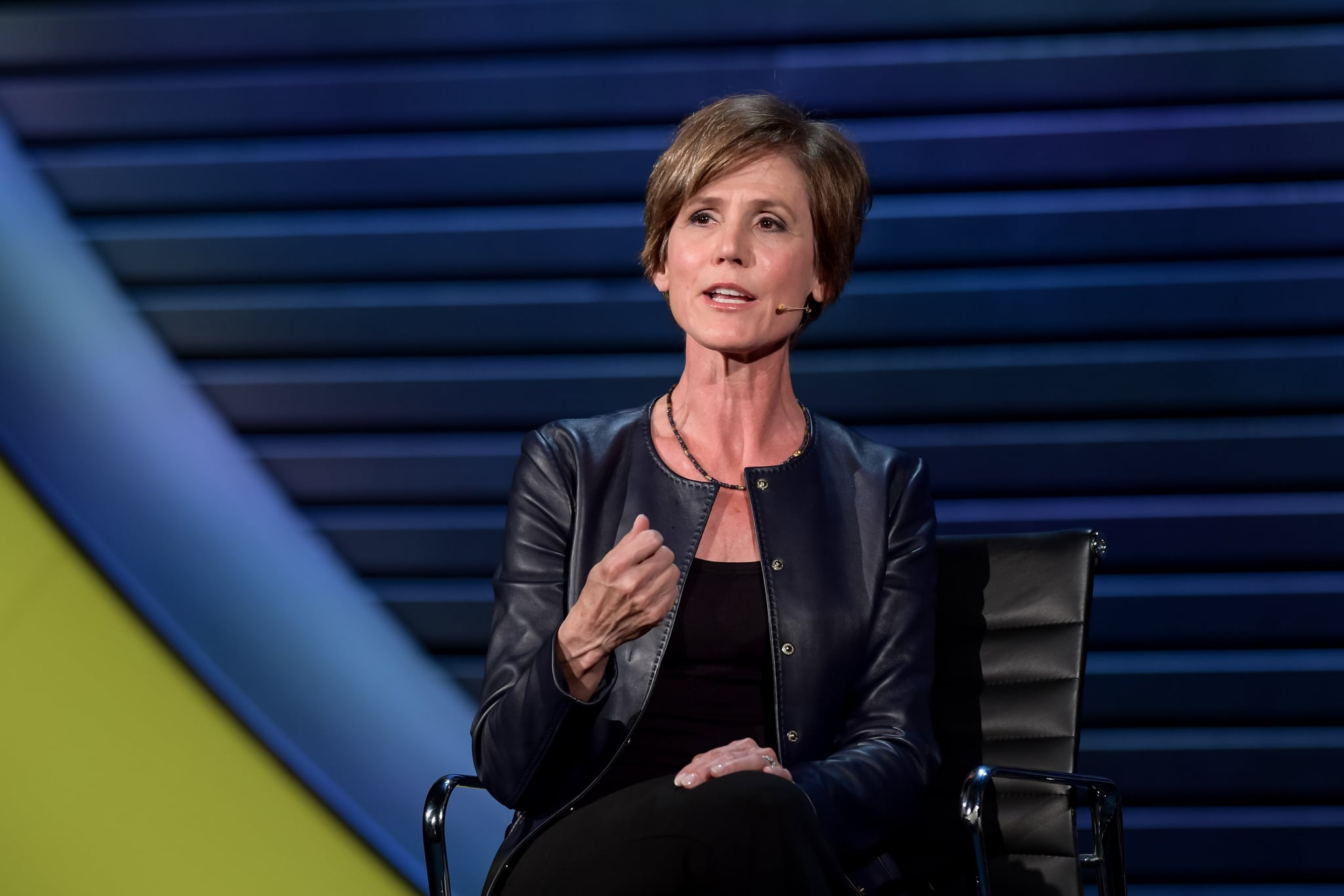 Former Acting Attorney General Sally Yates was the first person to be fired by President Donald Trump when he took office. More than a year later, Yates is now saying that the president lacks the moral authority to lead the country if he doesn't answer questions about the Russia investigation.

At the Women in the World Summit in New York City, Yates spoke at length about the Russia investigation and her disappointment with lack of pushback from the Republican Party. A 27-year veteran of the Department of Justice, Yates was fired after she disagreed with Trump's January 2017 travel ban, the executive order which prohibited immigration from seven majority-Muslim countries, temporarily banned refugee admissions, and barred some legal permanent residents and US green card holders from entering the US.

Yates instructed the Department of Justice not to enact the ban and was fired soon after. "It became apparent to me that to defend this, we would have to advance an argument that the travel ban had absolutely nothing to do with religion," she told The New York Times at the time, adding, "I didn't believe that to be the truth."

Further versions of the ban narrowed their scope, but Yates said she's concerned that "that same animus, the racial animus, affects all of them." Since her departure, 37 officials have resigned or been fired.

Yates's interview also came at the end of yet another unrelenting week of news. On April 9, the FBI conducted a raid on the home, office, and hotel room of Trump's long-time personal lawyer, Michael Cohen. Just three days later, it was reported that Trump's legal team (and the team of special prosecutor Robert Mueller) are preparing to proceed in their investigation without an interview with Trump.

"I've been kind of stunned by this conversation because they're talking about it like the president is Joe Smith who's being investigated for bank fraud or something, and they're talking about what's the best legal advice," Yates said, with regards to the ongoing investigation. "This is the President of the United States. He raised his hand and said he wanted to the be the leader of our country and he asked us to entrust him with that."

"It seems to me, when the questions are so important here, it's about a foreign adversary attacking our democracy, and whether he or members of his campaign were part of it," she continued. "I don't understand how he'd have the moral authority to lead this country if he didn't answer these questions."

Yates said it's important to remember that elections have consequences, and she's been disappointed to see so few Republican lawmakers push back against the president's policies. "Not speaking and not doing anything is a decision," she noted. 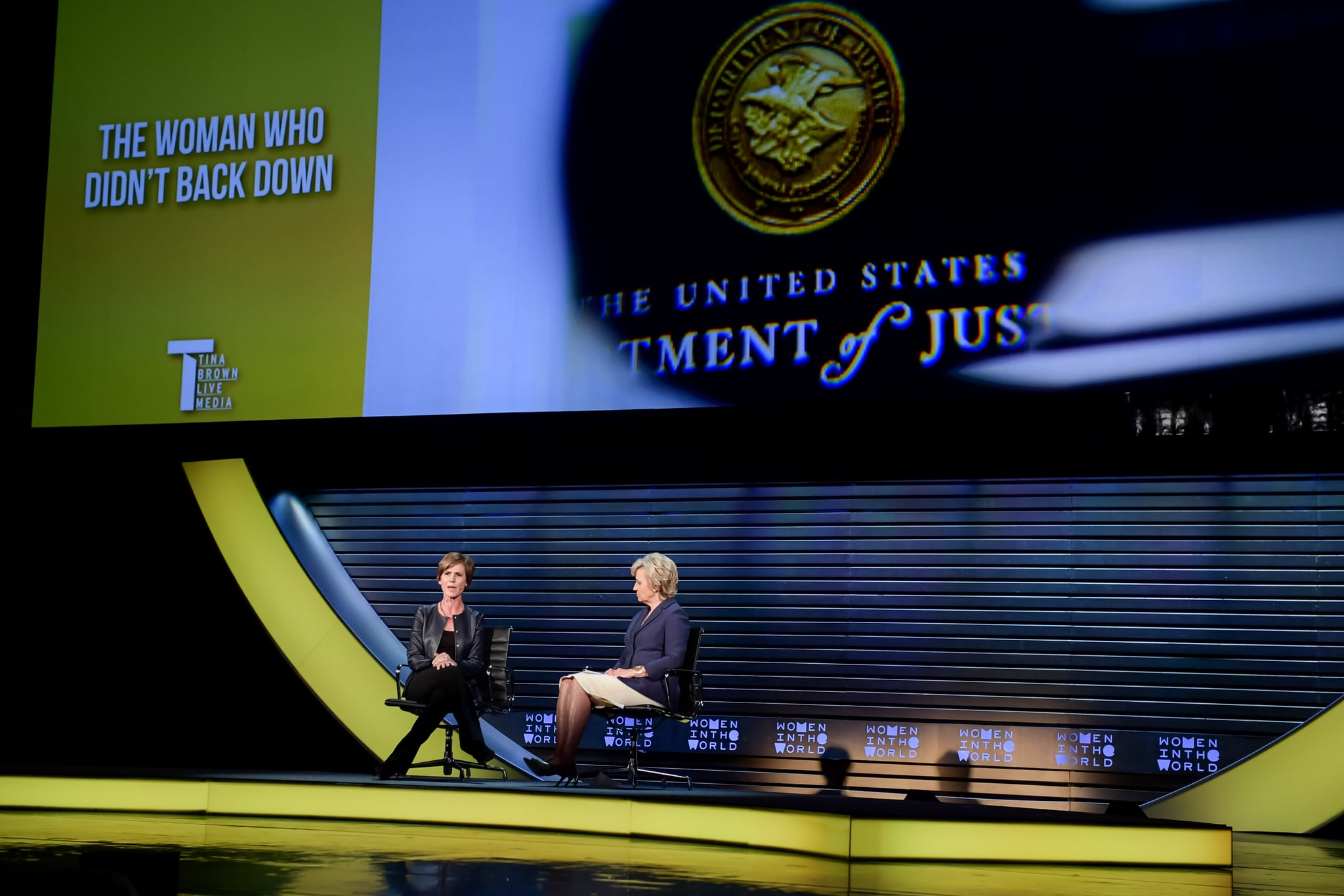 Inevitably, the conversation turned to the ongoing Russia investigation and whether Mueller will be able to see it through. The White House has insisted that Trump has the ability to fire Mueller, although a recent ABC News poll found that nearly seven in 10 Americans support Mueller's probe into possible collusion between the Trump campaign and Russia.

Rod Rosenstein, the current deputy attorney general, appears to be next in the line of fire. Multiple news outlets reported on April 13 that Rosenstein is ready and preparing for his inevitable termination. Rosenstein signed off on the FBI's April 9 raid on Cohen's office. "We should be just as concerned about the possibility that Trump might remove Rod Rosenstein as he would Bob Mueller," Yates said when questioned about the development.

That's because the deputy attorney general controls the scope of the investigation for the special prosecutor, and Mueller has to clear any big steps — including searches, seizures, and charges — with whomever holds the seat of deputy attorney general. The danger of firing Rosenstein, Yates warned, is that his replacement could do a lot in secret.

On a more broad scale, Yates cautioned against accepting Trump's presidency as a new normal, and it's up to the public to ensure that does not happen. "We can't control what President Trump does, but we can control how we respond to it. I get that's it's exhausting, the onslaught on a daily basis of things that are not normal," she said. "It's calling him out, it's making sure that we don't normalize it; we make sure that we plant a flag about who we are as a country and we hold on to that and make sure no one takes that away from us."

Since her firing last year, Yates has been cast as a resistance leader. She was introduced by WITW founder Tina Brown as "Sally Yates, the woman who wouldn't back down."

"It is a little weird to have spent 27 years there and to be defined by this last act," Yates said in response, referring to her long career in public service. Later, she addressed the future; there have been murmurs of Yates potentially running for office, though she says it's something she's never felt drawn to and that she has a hard time seeing herself as an elected official — though her husband would love to see her to run for office.