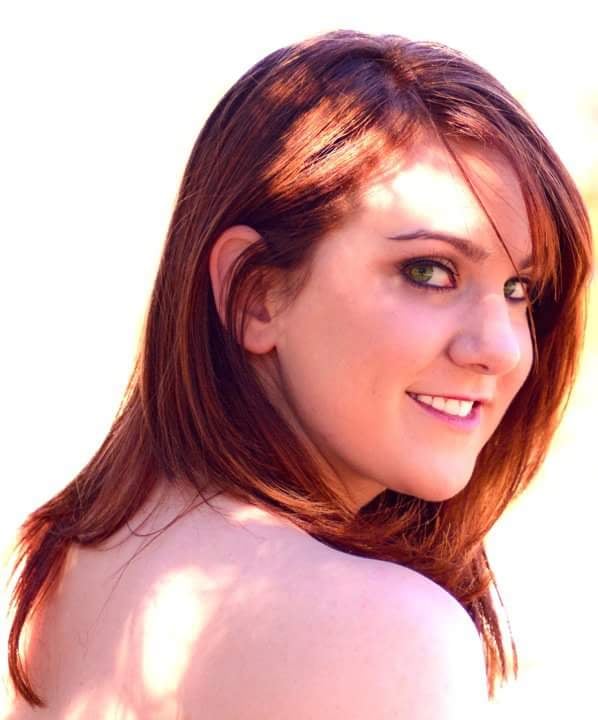 Sandy Phillips was a proud gun owner until her daughter was killed in the 2012 movie theater massacre in Aurora, CO: "We drank the NRA pablum and thought there were enough laws to protect us." Her daughter, Jessi Ghawi, was an aspiring journalist and just 24 years old when her life was cut short at the now-infamous showing of The Dark Knight Rises.

I sat down with Phillips when she came to San Francisco to promote the documentary Under the Gun, which debuted at the 2016 Sundance Film Festival and examines the gun debate through the lens of families impacted by gun violence. I couldn't help but feel emotional as we began the interview. "You're about her age," Sandy told me as I took out my recorder to tape our conversation — just the type of thing her daughter might have done were she still alive.

Under the Gun is produced and narrated by Katie Couric. In it, Phillips and her husband, Lonnie, share their story along with other survivors of gun violence. Since the shooting, the Phillipses have become passionate advocates for gun control in their home state of Texas and around the country. They have their own foundation, Jessi's Message, and have visited the White House to meet with President Obama's staff about reducing gun violence.

My first question for Phillips: what did she think about gun regulations before the tragedy? She took a deep breath and admitted that she opposed new gun laws. The NRA's relentless messaging had convinced her there were enough laws in place and that anything else was a cloaked attempt to undermine the Second Amendment. The Columbine shooting did get her attention, making her question straw purchases (when someone buys a gun for someone who is not legally allowed to do so). But she told me, "We never thought that it would happen to us."

Now, she tells anyone who will listen that they are one degree of separation from such a tragedy being their story. Once she gets their attention, she attempts to shake skeptics free of the NRA's propaganda. "The gun lobby has done such a good job of reducing the effectiveness of existing laws," she explained. "So while the NRA is saying 'just enforce the laws that we have on the books,' they aren't saying 'we've made those impossible to enforce.'"

The Shocking Truth About Gun Laws

The NRA's effort to undermine gun regulations is a main focus of Under the Gun, which you can stream for free on EPIX on Sunday, May 15. The reality may shock you. For example, did you know that the Bureau of Alcohol, Tobacco, Firearms, and Explosives (ATF) is not allowed to use a computer database? That's thanks to a legal provision slipped in by the NRA and its congressional allies back in 1978. In the film, we see federal workers physically searching through paper files in an attempt to identify guns found at a crime scene. It's like a flashback to precomputer times.

As the film points out, the US has more regulations on teddy bears than there are on guns. That "really shows how much our elected officials are influenced by the gun lobby," said Stephanie Soechtig, the film's director. Soechtig said the most shocking thing she discoved during the fiming was "that 40 perecent of guns are sold without a background check." For the movie, a producer purchased the same Bushmaster firearm used to kill 20 6- and 7-year-olds in the Sandy Hook masacre. "He didn't even have to show his license. He bought it in Wendy's parking lot. He bought an assault rifle in Wendy's parking lot. He wasn't breaking the law. It was perfectly legal. That just blew my mind."

The Surprising Optimism of Survivors

"We're always hopeful because we're on the right side of the history," Sandy Phillips told me. Somehow, many survivors like her remain optimistic. So does the film's director, Soechtig, who previously teamed up with Katie Couric for the well-received 2014 documentary Fed Up. That movie caused many viewers to question the food industry's practices. Soechtig expects Under the Gun will have a similar impact on the national conversation about the gun industry. "Fed Up changed the way people saw so-called healthy food. I think that this film will change they way people view the gun debate." Soechtig decided to focus on the personal stories of people like the Phillips family because she believes the nation has become numb to the gun debate. She said, "I really wondered when these people lose everything, what's left after the cameras leave? What do their lives look like? I really wanted to remind people that this isn't a story about guns, this is a story about people."

Soechtig hopes that after watching Under the Gun, audiences will be able to spot misleading NRA propaganda. She explains, "I hope that the whenever people hear 'the only way to stop a bad guy with a gun is with good guys with a gun,' a red flag will go up. And I hope that when you hear that 'they just want to take our guns away,' you will know that that's just fearmongering from the NRA."

Despite Soechtig's positive outlook, the gun control debate is often considered intractable. But Soechtig and Couric do their best to engage both sides of the debate in the film. Soechtig thinks Couric's credibility as a journalist helped her in conversations with gun rights activists: "There's an instant trust there of knowing that you're not just being fed liberal propaganda." In fact, during the film, we see staunch Second Amendment believers change their point of view once they're presented with this frightening fact: although someone on the terrorist watchlist cannot board a plane, they have no trouble legally purchasing a gun.

Soechtig also cites statistics that show most gun owners support common-sense changes, like universal background checks. Since showing the film, Soechtig says, "Many NRA people come up to us and say 'thank you for creating a film that actually represents us, because up until now we've been portrayed as this noisy fringe, and you really show that we support reasonable things.'" The film makes the case that lawmakers are swayed by the NRA, which mostly looks out for gun manufacturers, not gun owners. In order to keep its average members in line, the NRA uses benefits (like gun discounts) and scare tactics. Sandy Phillips says there's a simple way to counteract that: call your representative in Congress and demand universal background checks. She says that's how the anti-gun-control citizens get Congress's attention: "They will make 15 to 20 calls a day just to one senator. We haven't been doing that. Now it's changing. We've got mostly women across the country picking up their phones and saying we want better gun laws."

It Literally Happens Every Day

While the film focuses on high-profile shootings like Aurora and Sandy Hook, it also covers the everyday gun violence that doesn't make headlines. Families in Chicago, which saw 677 shootings in the first quarter of 2016, are featured alongside people like the Phillips family. The film also drives home the point that suicide and domestic violence are among the leading causes of gun deaths. Soechtig told me that there's one type of mass shooting that often goes unnoticed: "A man who goes home and shoots his wife and his children." It's true that compared to women in other well-off countries, American women are 11 times more likely to be murdered by gun violence. And when there is a gun present in a case of domestic violence, the chance of murder goes up 500 percent. "It is a domestic violence issue and it's a women's and public health issue," Soechtig stresses.

Sandy Phillips tells other parents, "If you own a gun, then lock up your gun and keep your ammunition separately." Now that she's become an activist for the gun-law reform, she's more aware of the prevalence of gun deaths. "We see daily occurrences of children either losing their lives or killing their siblings or killing the parent or someone else. And they call them accidents. They're not accidents — they are negligence."

"My husband says all the time once the veil is ripped away, you see everything so differently," Phillips says. And she believes that's exactly what Couric does in the film: "She's ripping away the veil, and people are going to have to look at this issue from a completely different perspective and approach it with a fact that we have a problem in this country." She continued: "You can use all of the NRA rhetoric you want. It's all BS." Phillips hopes the film will get people to take a hard look at the problem and see "there are easy things we can do as a nation. We'll save lives."

So, What Can You Do?

After talking to Sandy Phillips and watching Under the Gun, it's clear to me there are a few changes we the country can make immediately, like enforcing universal background checks. Phillips agrees that's the first step: "It's being done state by state," she explains. "We're getting there. If we get to 20, Congress will have to start taking note. If we get to 25, then it's a domino effect. They're going to go 'Oh, holy crap! We gotta get on the right side of this!'" But while we wait? "You're looking at tens of thousands of people who will have died because they have done nothing," says Phillips. And as she knows too well, it could even happen to you. 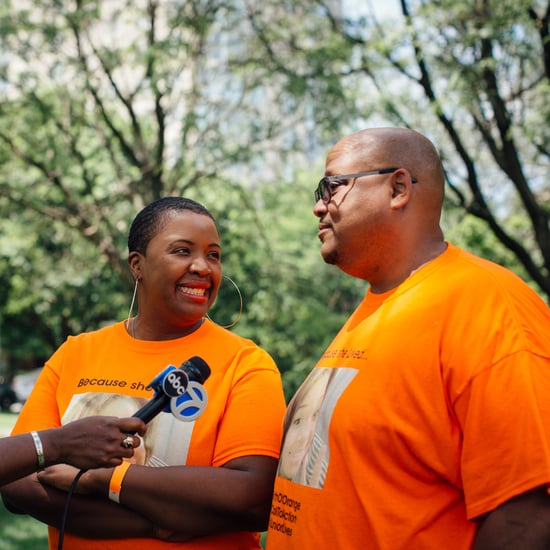