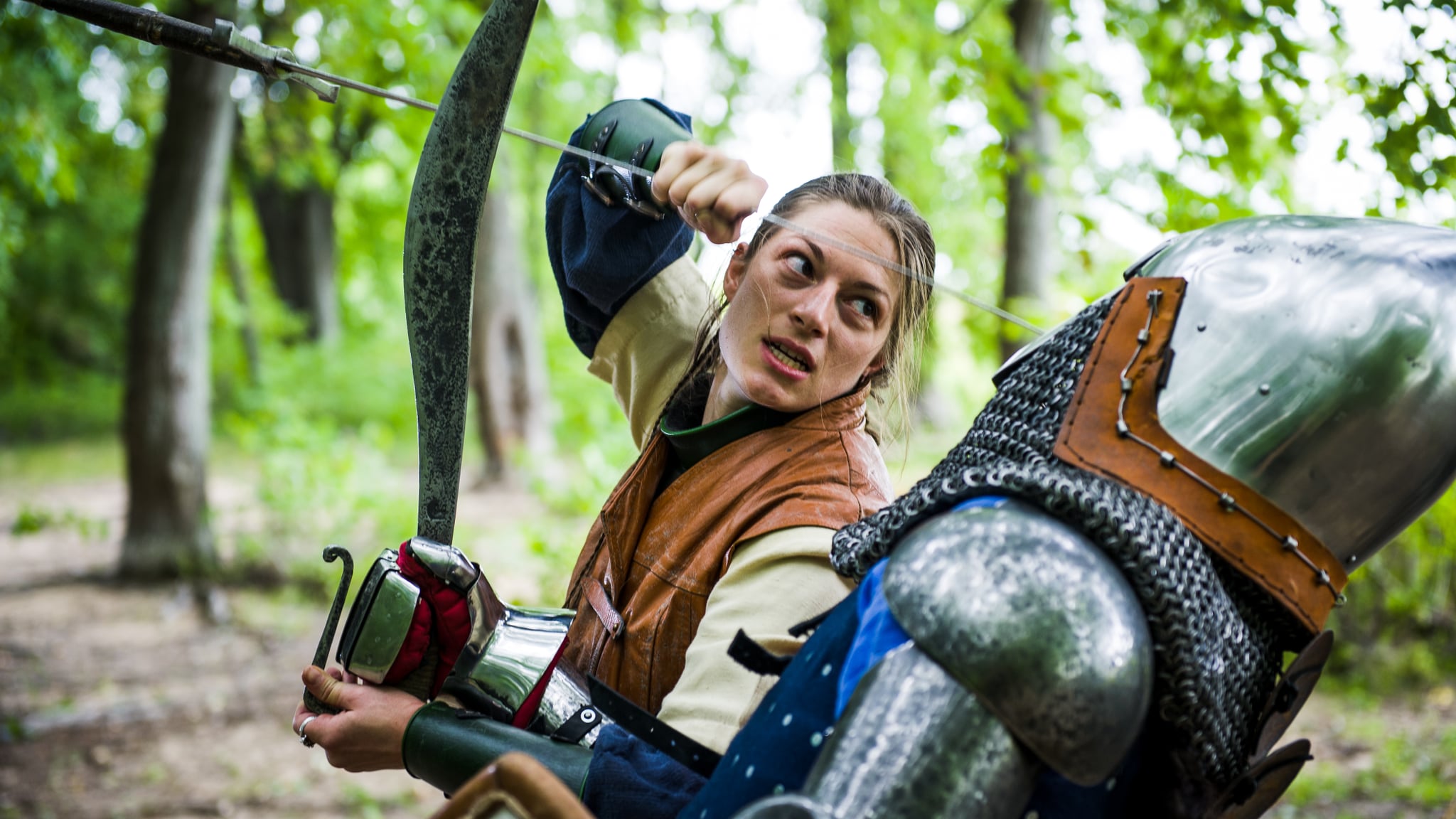 Samantha Swords in action, as photographed by Bruno Gallant

Sword fighting is the quintessential man's sport. Medieval sword fighting competitions were outlets for soldiers lacking a war, and modern-day sparring is often thought of as necessarily "masculine," like football or wrestling. Samantha Catto-Mott prefers to ignore these tropes. She sports a thick set of armor and is swift with a sharp blade. She doesn't need a Y chromosome to best an opponent with a deft swing of her longsword.

Known as Samantha Swords while competing or performing, the 31-year-old Montreal-based sword fighter, martial arts instructor, and movie prop professional is among a growing population of women who are embracing the sport of sword fighting and claiming their place in previously male-dominated competitions.

Sword fighting has been growing in popularity as a sport since the 1990s, when historical European martial arts emerged as an athletic genre, Kaja Sadowski, a 30-year-old sword fighter in Vancouver, tells POPSUGAR. The sport began as a way to supplement medieval studies. Fights were mostly research tools to help historians understand how certain weapons worked.

Even as sword fighting transitioned into an athletic event in its own right, Sadowski says, it was still a man's game. That began to change about five years ago when women began flocking to competitions and training studios across Europe and North America.

The Historical European Martial Arts (HEMA) Alliance, one of the world's largest sword fighting interest groups, estimates about 50,000 to 60,000 people participate in sword fighting competitions and training gyms worldwide, and about 7,000 to 9,000 are women, HEMA Alliance President Jayson Barrons says. He added that four of the seven leadership positions at HEMA Alliance are filled by women.

"Sword fighting has been attracting women for a good long time now, but the community is getting much better at catering to our training needs," says Sadowski, a co-owner and a lead instructor at Valkyrie Western Martial Arts Assembly, which offers sword fighting classes. "We've got more women working as instructors . . . and in other high-profile positions, more widespread adoption of antiharassment policies and teaching methods that cater to a range of body types. [We're] starting to see a rise in women-specific competitions and events." 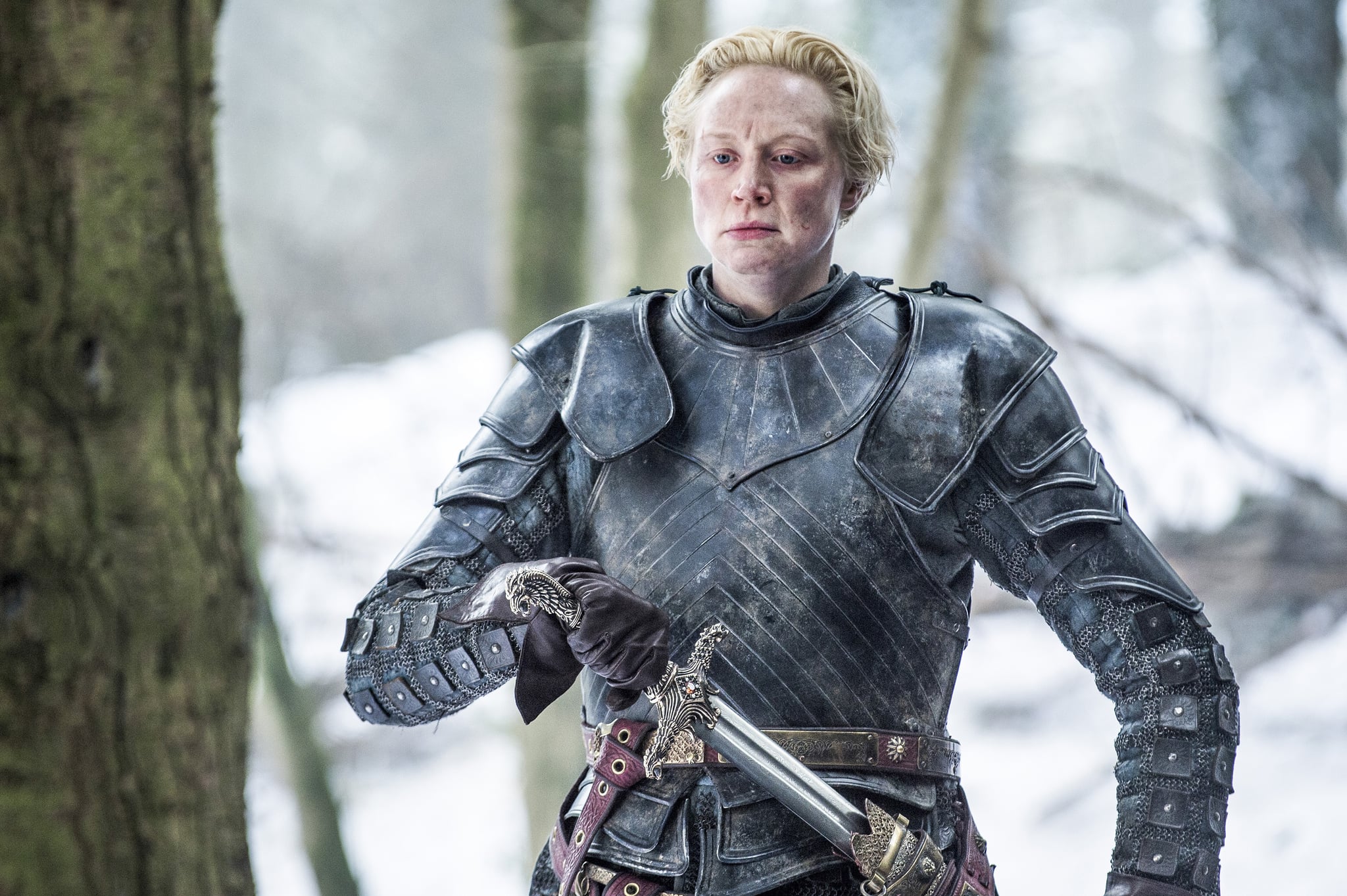 Pop culture is starting to catch up with womens' interest in these medieval weapons. Game of Thrones shows several women beating, and defeating, men with swords. Arya Stark and her nimble Needle do quick work to enemies, and Brienne of Tarth is a force on the battlefield with her longsword. In the DC universe, Wonder Woman shows a female sword fighter learning about her own power. In The Walking Dead, Michonne cuts down zombies and enemies with her katana as she defends her settlement. Then there are the throwback heroes: She-Ra from She-Ra: Princess of Power, Teela from He-Man and Masters of the Universe, Xena: Warrior Princess, and, of course, Disney's Mulan.

Swords broke into sword fighting in New Zealand when she was 20. After seeking out an instructor to teach her, she entered her first tournament and was thrilled to see she was surrounded by women fighters — roughly a 50/50 gender mix. "In New Zealand, we have a lot of female fighters. I think it's part of the culture." The fact that The Lord of the Rings triology was filmed in New Zealand got more people interested in sword fighting, both men and women. Sword fighting is about athleticism, of course — but Swords says there's an artistry that goes into the form, as well. It's not the jabbing and aimless wood-chopping seen in poorly made medieval war movies. Skill — not pure strength — is what makes a sword fighter great, so there's no difference between a skilled male or female competitor.

"It's very easy to assume that sword fighting, like many martial arts, is predominantly a man's game — that it's about brute strength, and intimidation, and hypermasculine ideas of toughness," Sadowski says. "Seeing women fighters and teachers makes it clear that there's a place for us within the art and that it's entirely possible to succeed without being a 6-foot-3-inch, 240-pound gorilla."

"Swords aren't quite an equalizer, but they do offer plenty of ways for smaller, lighter fighters to take on larger threats and succeed," she said.

There's also a senses of power that comes from wielding a weapon like a sword, she said. Some women find that feeling sustains them outside of competitions and away from battlegrounds. As a result, Swords is spending her time now "primarily teaching workshops educating and empowering people to become more of a hero in their own lives." 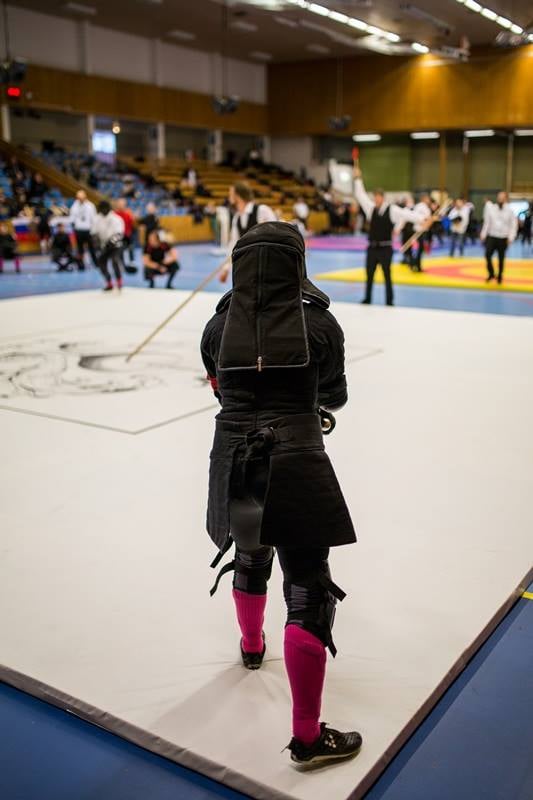 Swords's journey into sword fighting began when she was about 20 years old — encouraged by her mom's support to pursue her passion. "I really don't know how different my life would have turned out if I didn't have my mom there going, 'Yeah, you can do it!'"

She left her home in Australia to attend college for theater arts and prop design in New Zealand, deciding to find a sword fighting coach during her free time. Her first competition "was exhilarating."

"It was a really good test to see that what I was learning actually worked," she says, noting she was thrilled that about half of the competitors were women. "In New Zealand, we have a lot of female fighters. I think it's part of the culture."

After two years in college, she got a job offer to make props for the Weta Workshop in New Zealand — the studio that produced movie props for The Hobbit, The Lord of the Rings, and District 9. Offered the chance to bring stories of heroes to life, she left school with enough credits to earn a diploma of entertainment and technology, which is similar to the American equivalent of an associate's degree.

She spent the next few years building weapons during her day job and training with weapons during her off-hours. She made her childhood books — namely J.R.R. Tolkien's The Hobbit — come to life. The Rivendell elves, Laketown's weapons, and the dwarf armies bear her handiwork.

"It was amazing. It was a fulfillment (of a dream)," she says. "You start with a dream to do something, but you aren't sure how that journey is going to turn out."

She moved to Canada about three years ago when film became a larger industry in Wellington. Now she splits her time between training others, prop design, and modeling for agencies who need a woman bearing a weapon.

She said she hopes other women see her as an example of a strong woman who loves her work and loves sword fighting.

"If you've got a really good female fighter, it doesn't matter what gender they are," she says. "They're good, and that's all that matters. Helping women to understand that can be them is the biggest thing."

While she didn't expect to be stamped with the nickname "Brienne of Tarth," she takes the moniker as a sign that women sword fighters are starting to become more popular in contemporary culture.

"Before the internet, there were pockets of communities that were doing sword fighting, but the internet and Facebook and social media has caused an explosion of sharing of interest in sword fighting," Swords says. "And of course the double-punch of Lord of the Rings (and Game of Thrones). It makes it cool."

Plus, she considers the nickname to be empowering.

"I think Brienne is someone who is ahead of her time in the world, and she's constantly judged based on her appearance and her gender," she says. "If I'm compared to Brienne of Tarth, that is a huge compliment."

Sports
ESPN's Malika Andrews Emotionally Reacts to the Breonna Taylor Ruling: "That Could've Been Me"
by Perri Konecky 1 day ago

Netflix
The Playbook: José Mourinho Isn't Afraid of a Public Feud, but His Players Stand by Him
by Amanda Prahl 3 days ago