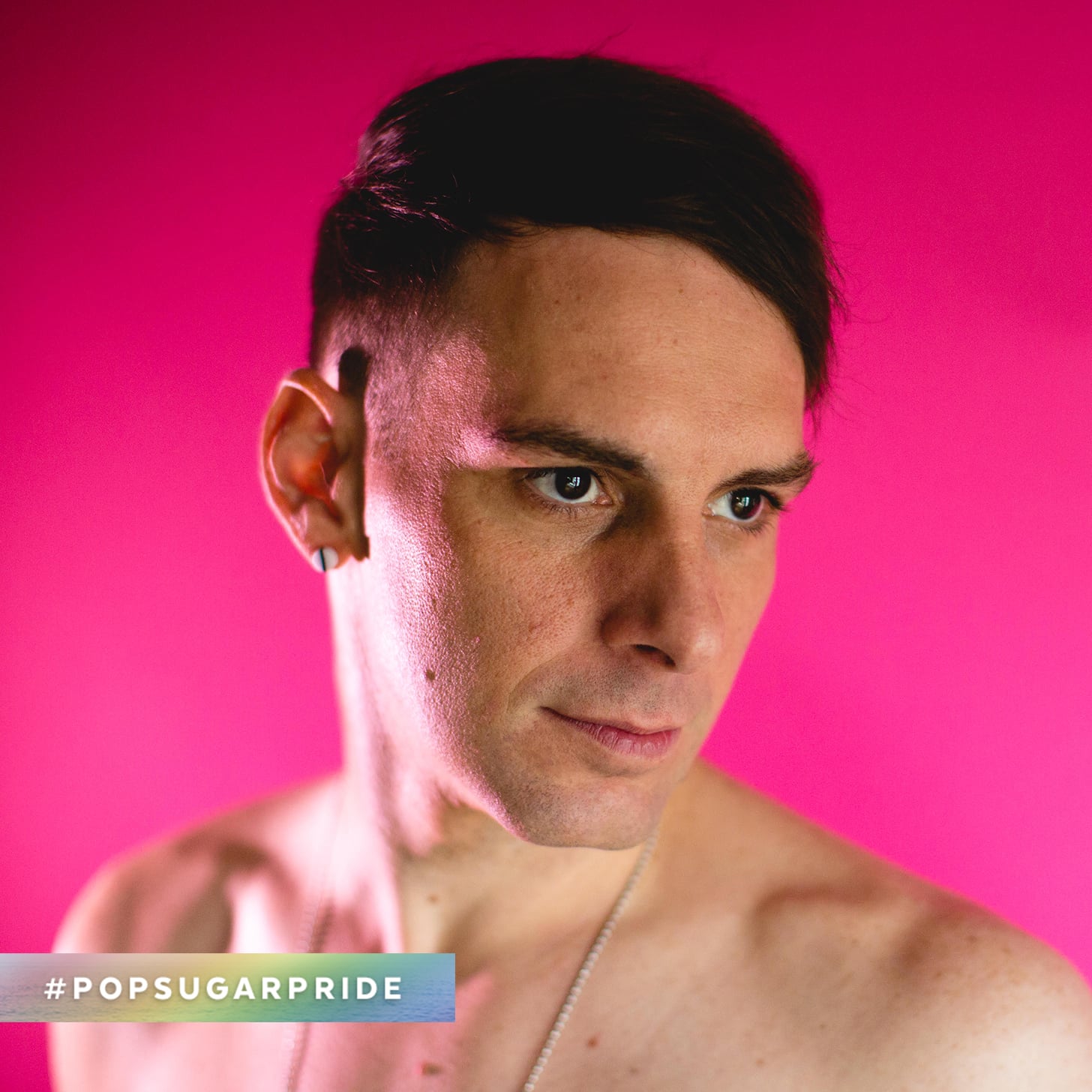 Trey Pearson is the founder of the band Everyday Sunday and solo artist, with his first album coming out in 2017

I was married with two children, but I spent much of my life suppressing my true and authentic self. Last Summer, only two and a half weeks after coming out to my fans, I performed and attended my very first Pride festival in my hometown of Columbus, OH.

The morning after I headlined the main stage, I came out of my hotel room and found High Street lined up with thousands of people. It was the first Pride parade I'd ever seen. I later learned there were an estimated 700,000 people there. I wasn't prepared emotionally for how overwhelming it would be. I cried a lot of tears that morning. Tears of happiness, of freedom, of joy, of loss . . .

My life hit the fan a little about a year and a half ago. When I was a kid, I was attracted to other boys, but I always felt ashamed. I grew up in a family that was a part of the church that believed it was wrong for me to be gay. It took me a long time to find freedom and to realize that the best thing for me was to be my most authentic, truest self.

What a lot of people don't understand is the harm and effects that come from being brainwashed your whole life to believe you can be something that you aren't.

It took a long time — more than seven years of marriage and two kids — to finally get to a place where I was faced with a decision I had been trying not to face my entire life . . . to either keep suppressing and pushing down who I was or to try and get help. After talking with a counselor and some trusted friends, I finally came to the place in my life where I accepted for the first time that I was gay.

Thankfully, over the last several years, progressing in my own faith, I had already come to a place that was affirming of other people. But being married with kids, it didn't even feel like an option for me. So when I finally accepted myself, I realized how important it was for me to share my truth with other people, to try and help as many people as possible from having to go through what I did . . .

It can be extremely scary being so vulnerable with people, telling your truth. There are a lot of people that don't like you doing that for some reason. People that don't seem to care much about all of the victims that are helped by telling our stories. People that can never understand what it's like to be brainwashed your whole life, to think you can be something you're not . . . and then blame you for the decisions you made when you were just trying to do your best.

Straight people have never had to wake up and justify to other people who they are as a straight person.

I've received thousands of messages from people and I get to talk to them and they have shared with me how my story — and being bold and proud of who I am — has helped them through what they're going through.

It is sometimes hard to hear through all of the anger, the gossip, the condemnation, and the noise . . . but I have come to believe that I am loved and accepted exactly as I am.

I don't have to find my affirmation as a human being from you. If you cannot love and find grace for what I have been through, then that is something you have to deal with. If you're more angry at the victim that the church brainwashed into thinking he could be straight and got married, then you are the institution that put the victim there in the first place; I feel bad for you.

I know there are people who are ignorant to the brainwashing I grew up with. They think something is wrong with me. It took a long time to be able to proud of who I was and to be able to love myself for who I am. I'm sorry that being my most authentic self makes you more uncomfortable than the homophobic institution that got us here in the first place. But placing your anger on another victim is never going to help you heal. There is an institution that continues to oppress people like me, and I am passionate about seeing that change. I know people live in a world of fear. I think they may have good intentions, but they don't realize how many lives they have helped destroy because of the harmful things they teach. To see the church try to vilify the victim is a disgusting, scapegoating way to avoid all responsibility in all of the damage that their teachings have caused.

I am proud of who I am as a gay man for finding freedom from something that tormented me for my entire life. I am going to keep standing up, using my voice, and doing everything I can to make a difference to the oppressed LGBTQ+ brothers and sisters. Because whether or not you believe in love and grace and forgiveness and redemption, I do.