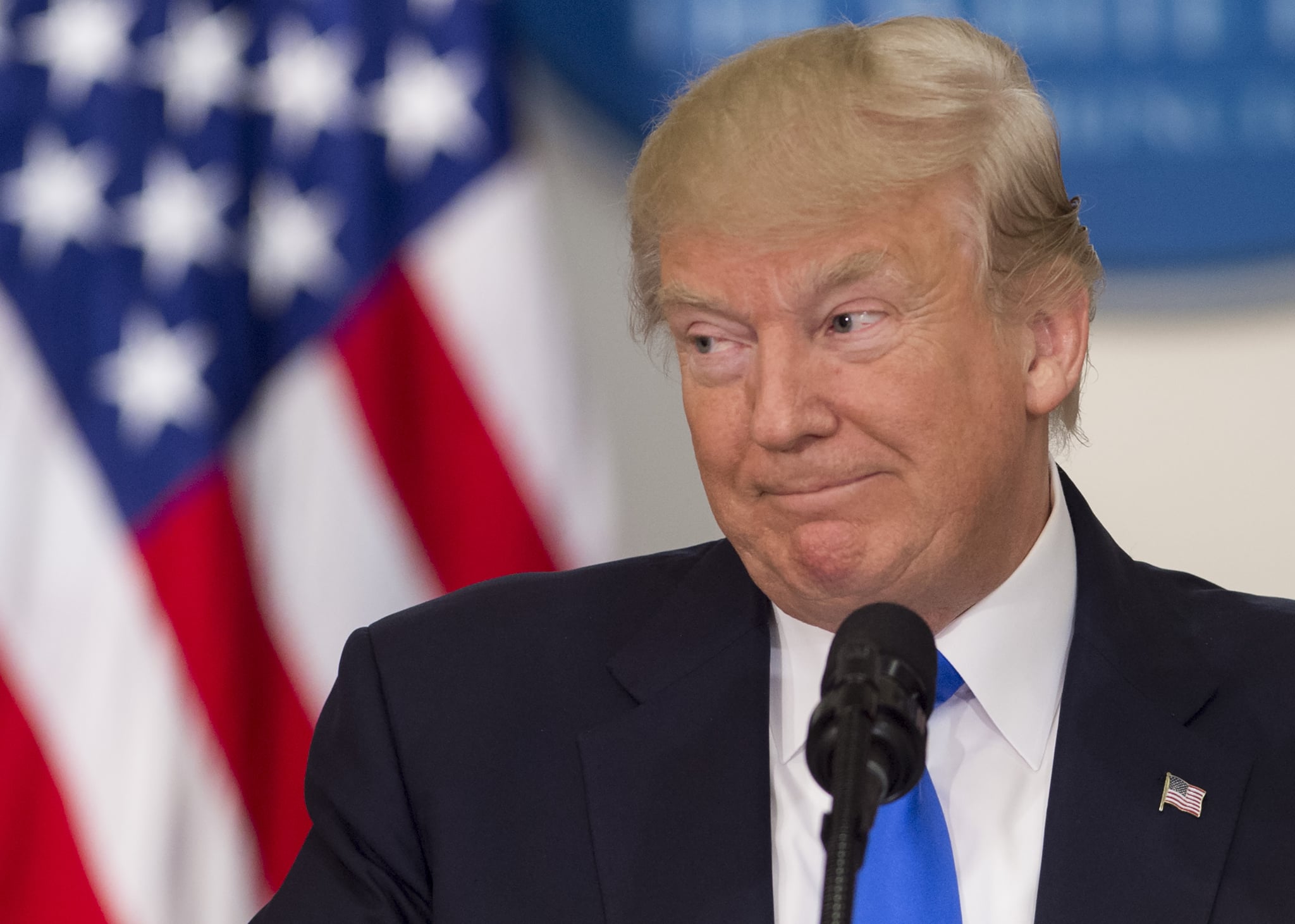 In what might be his most bizarre interview to date, President Donald Trump sat down with The New York Times to talk about healthcare, the Russia investigation, and the French president. The interview includes several eye-opening tidbits about what the president's thinking, including the idea that health insurance costs $12 a year.

The partial transcript of the interview was published by The New York Times on July 19. In it, the president states: "Because you are basically saying from the moment the insurance, you're 21 years old, you start working and you're paying $12 a year for insurance, and by the time you're 70, you get a nice plan." However, as several people pointed out on Twitter, it appears that Trump might be confusing health insurance with life insurance.

The bar’s too low. It's completely bananas that a president trying to gut health coverage thinks it’s like term life insurance.

Related:
12 Wardrobe Must Haves For Any Post-Obamacare Closet!

And while that's a crazy thought on its own, it's even more ridiculous that this is the same person who wants to overhaul healthcare in this country. And spoiler alert: health insurance costs nowhere near those prices. If you're on an employer plan, the average contribution is $1,255 a year, or $104 a month, according to data from Kaiser Family Foundation. If you're buying on the open market and opt for the popular Silver plan, you could be paying $364.91 a month — and it only gets higher the older you get, according to data from HealthPocket.

So yes, it looks like the president doesn't understand how heath insurance works or how much it actually costs, yet he still wants to dismantle Obamacare.

Health
Is It Safe to Eat Oranges in the Shower? We Fact-Checked TikTok's Latest Trend
by Melanie Whyte 5 hours ago