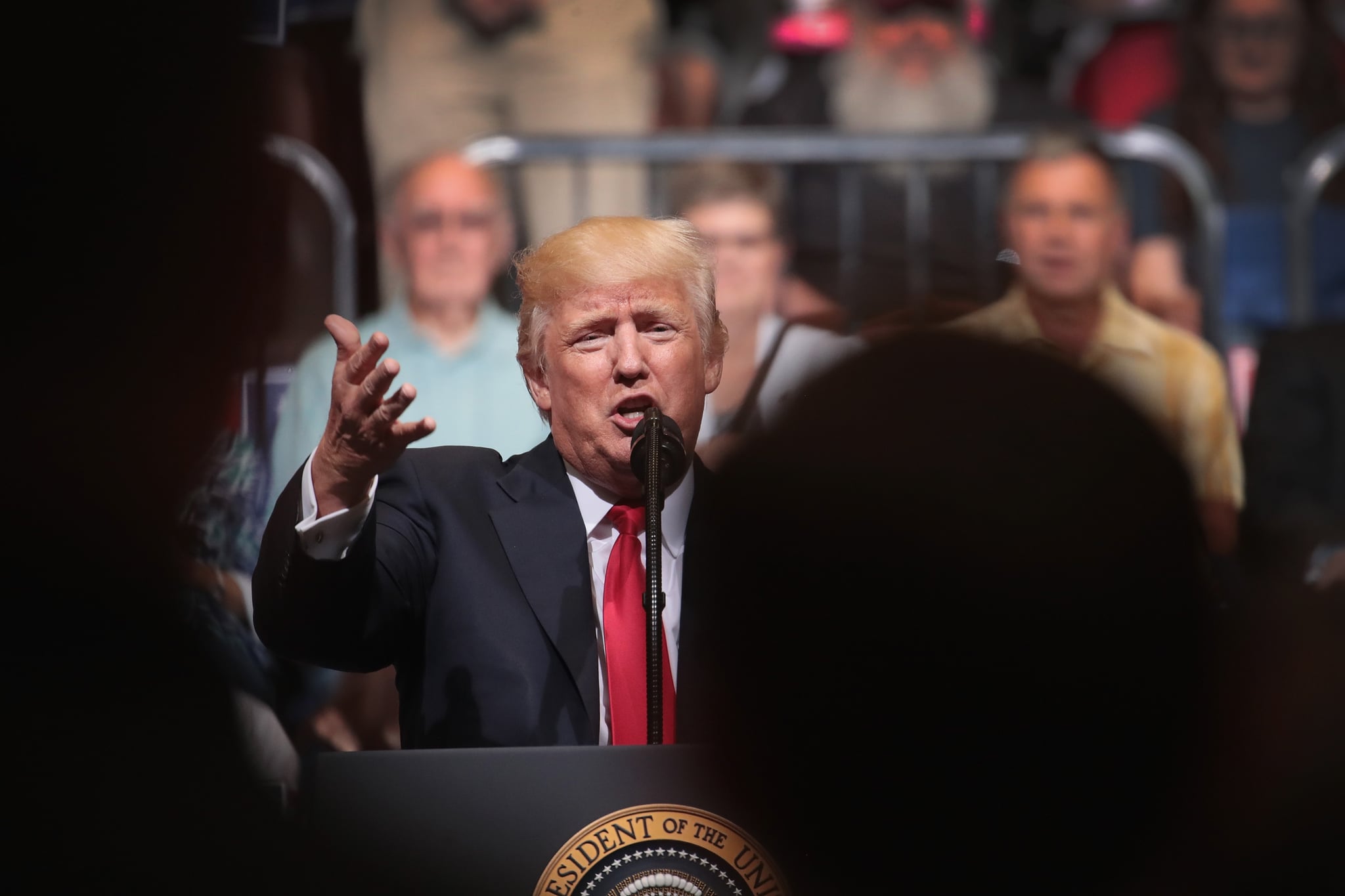 President Donald Trump is obsessed with appearances and has never been afraid to lash out at anyone who threatens to tarnish the way that he and those around him look. As a wealthy real-estate developer, Trump's penchant for picking fights was seen as a personality quirk, something that made him appealing to reality TV show audiences and the subject of many a tabloid headline. As president of the United States, it has the potential to topple the values by which the American people live their lives. Most egregiously, there's an obvious undercurrent of sexism that drives Trump's feuds, takedowns, and insults — and it not only reveals much about his worldview, but threatens to validate a breed of sexist language and misogyny that has no place in 2017.

Melania Trump's comms director: "As First Lady has stated publicly...when her husband gets attacked, he will punch back 10 times harder."

When it comes to public life in the US, scrutiny is a given. Alongside unspoken rules of ethics, integrity, and decency, we also have a free press, which serves to interrogate anything that seems to be even the slightest bit outside of the norm. But scrutiny suggests doubt, and doubt can shift appearances and beliefs. Doubt is something that Trump is very uncomfortable with — "believe me" ranks among one of his most commonly repeated phrases — and often the mere suggestion that things aren't the way that they appear to be can throw him completely off course.

It should come as no surprise, then, that his tweets and public statements have become more aggressive in recent weeks, especially when directed toward the media and journalists. Trump sees them as trying to cast a pall on him, and his reflex is to constantly try to make them look bad to prove that he looks better. As a private citizen, he could get away with such behavior because he did not possess the power to dictate policy and public opinion. But when he goes after someone like MSNBC's Mika Brzezinski by calling her "low I.Q." and decrying her physical appearance, Trump is suggesting that it's OK to make sexist statements in order to "get back" at someone. Washington — though notably, not the press operation at the White House — was quick to distance itself from the president's comments and the underlying sentiment of the early-morning tweets.

I want my GOP colleagues to explain to my 3 granddaughters why they think these viciously sexist comments are acceptable from our President. https://t.co/C0C4GJaYks

Trump has always been an equal-opportunity bully, going after men and women alike. But the approach he takes differs quite a bit when it comes to men and women. If he's bashing men, Trump's focus is generally on a personality quirk or a negative characteristic that he believes that individual embodies. Think about the nicknames we heard most during the 2016 election season — Lyin' Ted, Little Marco, Low-Energy Jeb. These were all superficial jabs, meant to take the men down a notch and diminish the appearance of their integrity and masculinity in the eyes of the public. Trump's most common insult to level at men tends to be that they're liars or trying to "get him" in some way. Trump's behavior with men is childish and reprehensible but ultimately speaks to his larger insecurities when it comes to his stature among his peers.

With women, it's a different story. Rosie O'Donnell's weight, Carly Fiorina's face, Hillary Clinton's physique, the mere existence of Megyn Kelly's menstrual cycle: he aims for the lowest-hanging fruit, slamming his opponents for their physical appearance and what he apparently sees as the physical deficiencies of the lesser sex. Beyond the fact that it's unacceptable to speak to another human being in a way that is so crass, these outbursts also go against every effort toward gender equality and civility we've made as Americans in the last century. Given the amount of power that comes with Trump's office — combined with the repetitive and nonstop nature of his comments — it's hard for any reasonable woman not to wonder if President Trump will normalize the worst kind of behavior between men and women. And that's just not acceptable, on any level.

Hillary, when you complain about "a penchant for sexism," who are you referring to. I have great respect for women. BE CAREFUL!

Trump's actions toward both sexes can be classified as bullying, of trying to push people out of the way to make sure that he himself appears to be the best and the greatest. But it's the way that Trump handles being threatened by women that is truly insidious, and it's not likely that Trump will ever feel it necessary to apologize for his comments in any substantial way, nor curtail his behavior. Instead, it's up to all Americans — not just the women Trump so loves to attack — to drown out the partisan noise and remind the world that this is not about Republicans vs. Democrats. It's about human decency vs. blatant misogyny.

by Eden Arielle Gordon 13 minutes ago