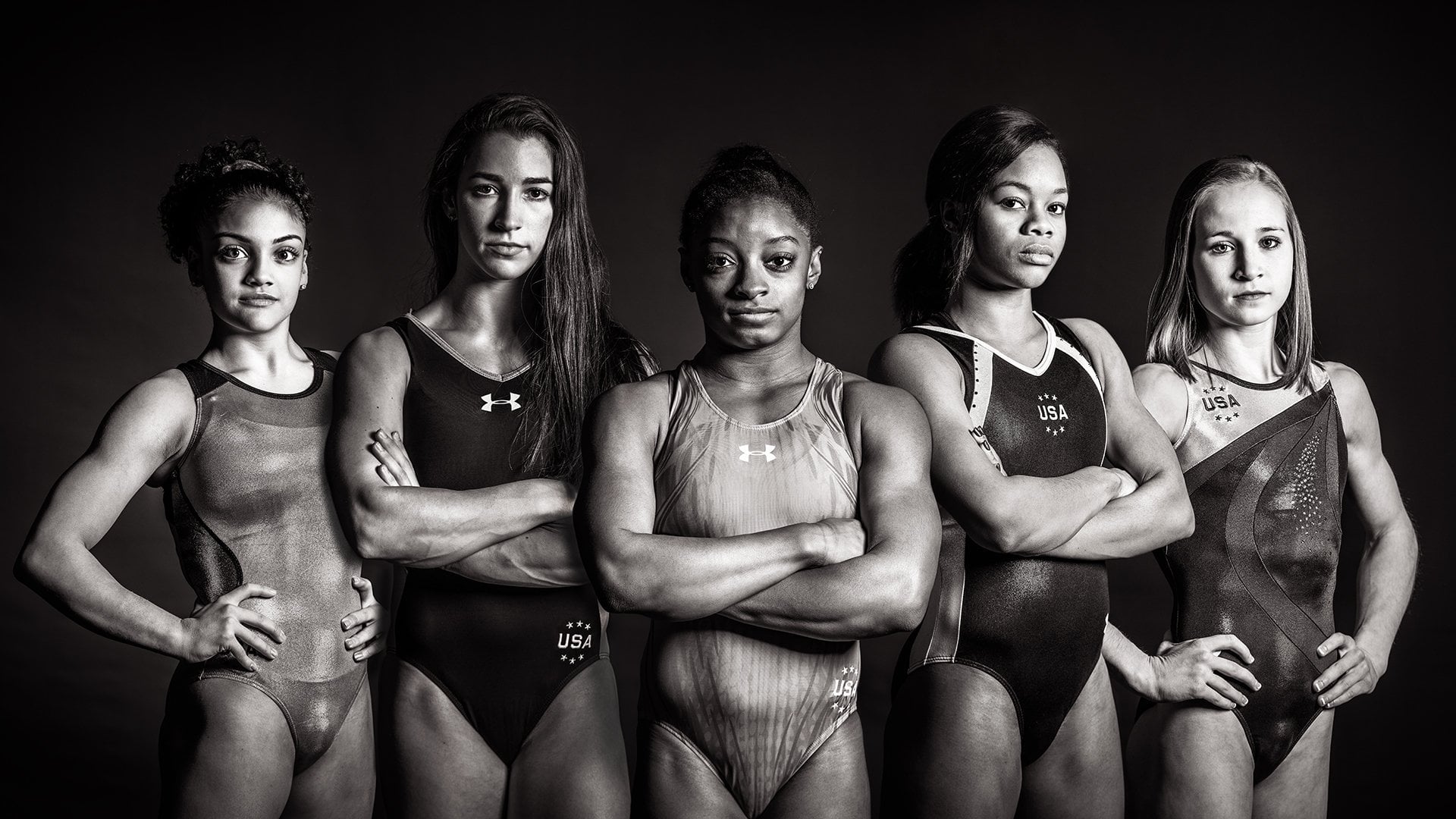 You may know Douglas and Raisman from the US team that won gold in the London Olympic Games in 2012. That year, Douglas became the first black US gymnast and the first female gymnast of color from any nationality to win an individual gold medal. Jewish-American Raisman also won individual and team gold that year.

As for the newcomers, Hernandez is a second-generation Puerto Rican and the first US-born Latina to go to the Olympics with the US gymnastics team since Tracee Talavera in 1984. And Biles has been a favorite to compete in the games since she became the first black world all-around champion in 2013 and the first woman to win three straight world all-around titles. She's faced criticism for her race, like when Italian gymnast Carlotta Ferlito suggested in 2013 that "we should also paint our skin black so we can win too," but she hasn't let it get to her. "I guess I just have really tough skin," Biles told People magazine in response to the comment. "I was like, 'whatever.'"

Having such a diverse team means thousands of little girls can turn on the TV this Summer and see young women who look them accomplishing their dreams. Of course, it would be nice to see even more races represented, but when more than half of the team is made up of women of color and the US didn't have an African American female gymnast on the team until 1980, this roster truly becomes a groundbreaking moment.

You ladies are going to Rio! 🤗🇺🇸

On its website, Team USA wrote, "Team USA will send one of its most decorated and competitive women's gymnastics teams ever to next month's Rio 2016 Olympic Games as it attempts to defend its Olympic team gold medal for the first time in history." It should add "one of its most diverse" to that list, too. That's definitely something to be proud of, win or lose.