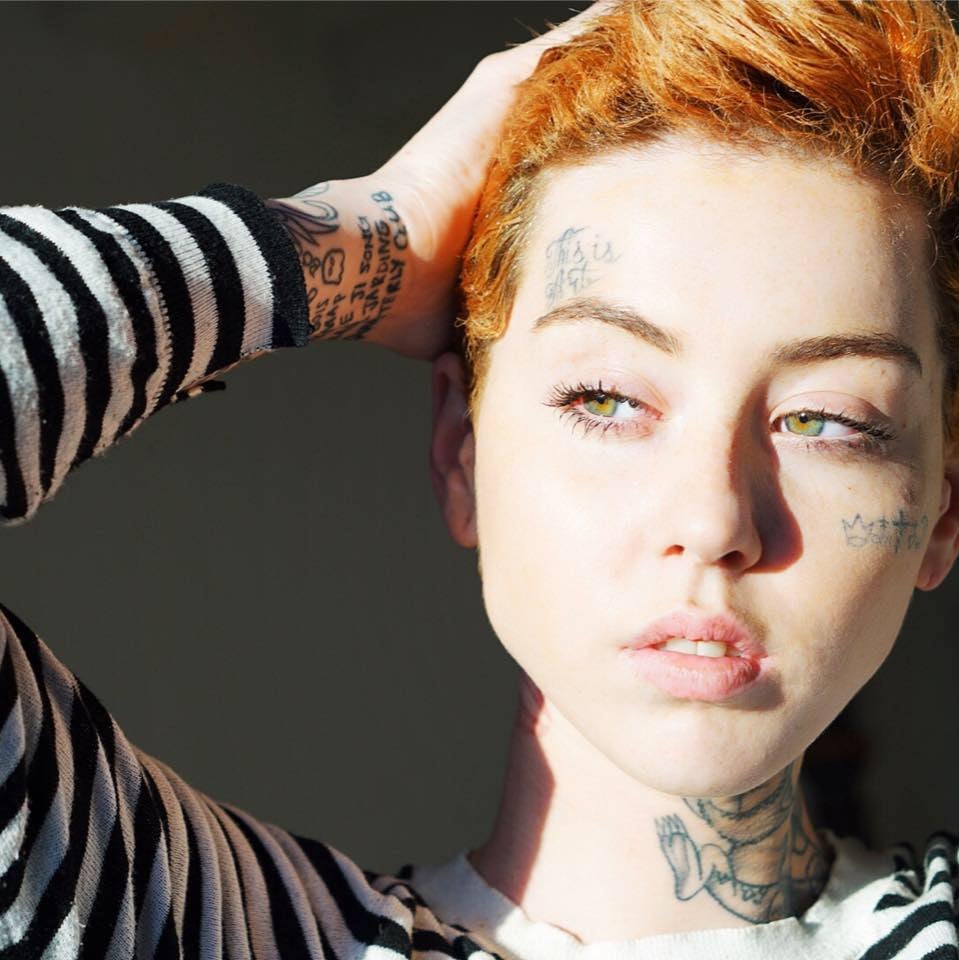 Illma Gore, gender-fluid artist who feels free between and within both genders. Photo courtesy Illma Gore.

Artist Illma Gore lives unbridled by the binary and knows firsthand what a struggle it can be to be gender-fluid. "Gender is actually more of a spectrum," Gore tells POPSUGAR. "Yes, you might be built with XX chromosomes or XY chromosomes, but being a man or a woman is separate from that. 'Man' or 'woman' is something that is, in a sense, a social construct. Those are words that we use to describe differences that we stereotype."

Related:
What Does It Mean to Be Asexual?

Gore, 25, identifies as gender-fluid, a gender identity defined as flowing in between male and female, in genderqueer parallel to identities like nonbinary — someone whose gender is outside male and female categories — and agender, someone who identifies as genderless. Gore settled on describing herself as gender-fluid four years ago after searching for an apt descriptor, uses he or she pronouns, and revels in the in-between-ness of gender identity.

The group is gaining momentum: the term "gender-fluid" was added to the Oxford Dictionary in 2016.

"When you realize you feel different, you try to grasp at what makes sense," Gore says, noting that "gender-fluid" offered freedom to dwell in between and within both genders. To Gore, being gender-fluid is "more about the freedom of individuality and accepting that" instead of declaring being one thing or the other.

Gore represents a growing group of people who identify as between genders, as both male and female, or as neither. The group is gaining momentum: the term "gender-fluid" was added to the Oxford Dictionary in 2016, half of young people don't believe gender is binary (a theory widely supported by neuroscientists), and two people in the United States have been granted nonbinary identities on birth certificates as states begin recognizing a third gender category that is not exclusively male or female.

How Gender-Fluidity Could Reshape Society

Joon Park is a student activist who identifies as transgender/nonbinary. "Being nonbinary gives me license, as the word implies, to be more fluid in my day-to-day life," Park tells POPSUGAR before noting that they consider terms like gender-fluid, nonbinary, genderqueer, and agender as "pretty similar." 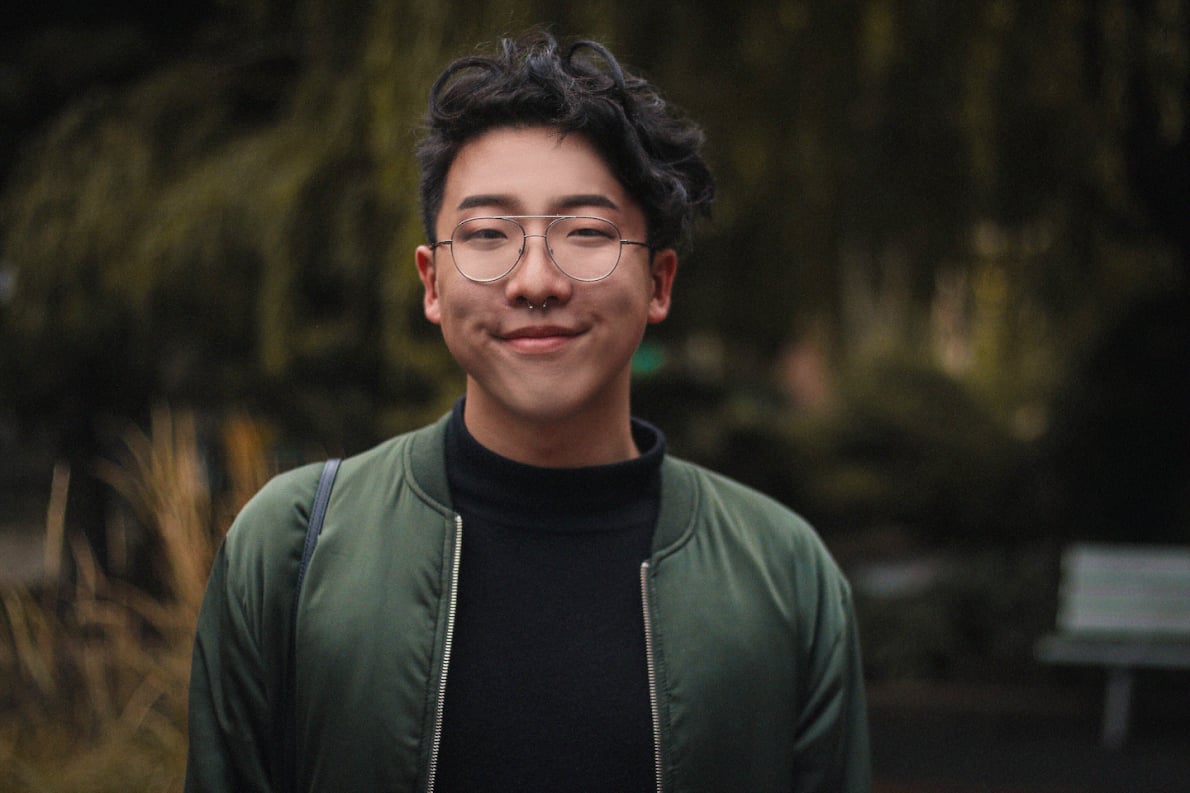 For Park, their nonbinary identity provides license to reconstruct the self however they prefer. This is why Park, 21, has changed their name. "I had a period of time where there was a lot of internalized racism and I went by Cody for a while," Park says. "As I was becoming more grounded in my gender, I came back to Joon because I thought it was a really cool amalgamation between my gender identity and my Korean identity." The act of naming, as Park explains, is an important act for transgender and nonbinary persons as it represents a rebirthing.

Leah Juliett, a student and LGBTQ+ civil rights activist, has a similar relationship to constructing the self. Juliett identifies as nonbinary gender-fluid and found the identity to be fitting after going back and forth between expressions.

"I always kind of felt as if I wasn't fully female," Juliett tells POPSUGAR. "But at the same time, I knew I wasn't fully male." Instead, Juliett says their gender identity "fluctuates depending on the day or the circumstance."

Juliett, 20, was introduced to the notion of nonbinary gender expression by way of actor and model Ruby Rose's 2014 short film on the subject, a video that was released with Rose's coming out. "I was always nonbinary gender-fluid," Juliett says. "But I never had a word to know exactly how I felt, to solidify that for me."

For Gender-Fluid Persons, Change Is Queer — but Not Here Yet

"I always ask, 'Hey, do you have a gender-inclusive bathroom?' just to raise that concern and get that conversation going."

The experiences of gender-fluid persons may seem abstract to those who comfortably identify as male or female, but the gap in understanding must be bridged. As Gore, Park, and Juliett each noted, their concerns are often seen as invalid, shrugged off as unnecessary or unreal, or at worst, used to dehumanize their experiences and identities. 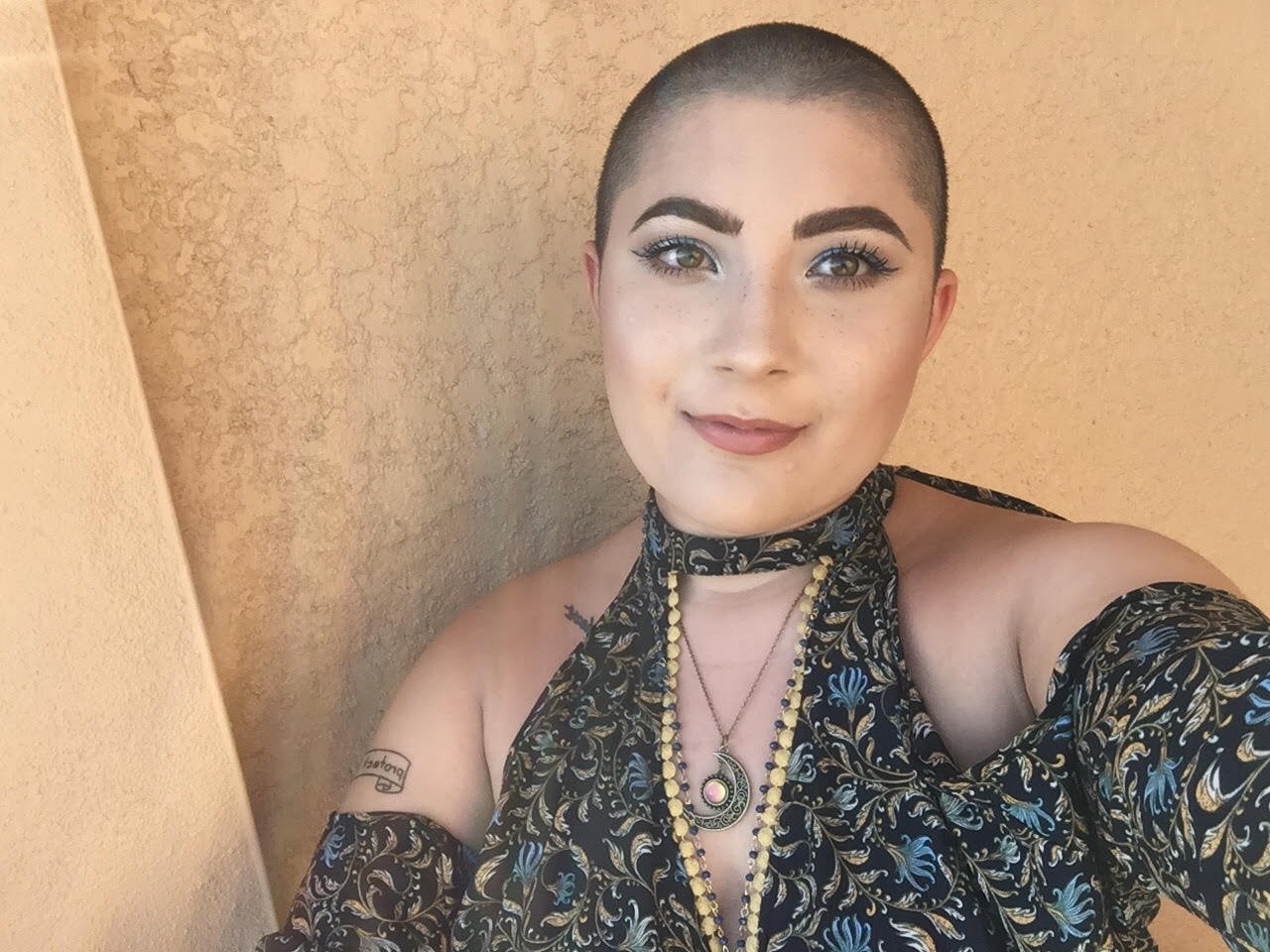 These problems are most pronounced in areas like bathrooms and doctors' offices, where rigid, gendered structures isolate and, in some ways, deny those who are neither male nor female. This can lead to nonbinary persons avoiding health care for fear of discrimination. "There's not place on a medical form for pronouns, for preferred name, and everything is gendered," Juliett notes. Moreover, one in five transgender persons have been "discriminated against when seeking a home," while one in 10 have been evicted because of their gender identity.

"Had I known [about gender-fluidity] when I was 10-years-old, it would have saved so many years of confusion."

The polarizing, landmark issue of bathrooms is a perfect example of the struggle for genderqueer rights. For Park, they make it a point to discuss this subject everywhere they go. "I always ask, 'Hey, do you have a gender inclusive bathroom?' just to raise that concern and get that conversation going," Park says, noting that this issue is becoming more and more pronounced as they enter the job market. "These are very important things for me to consider, how inclusive the workplace is going to be. Every kind of interview I have, this is something that I bring up."

For Gore, most discrimination against gender-fluid people boils down to a lack of knowledge. "I think most people are just confused and don't understand it at all," he/she explains, pointing out this as the reason he/she started the Gender Identity Liberty & Freedom Act, a means to change the Constitution to protect gender expression as free speech. The effort has already made some advances in amending the Constitution of California and will hopefully be voted on in 2018.

Gender-fluidity may seem outside the everyday now, but these experiences and identities are gaining traction both in visibility and policy. From the granting of nonbinary birth certificates to nonbinary actors and roles like Asia Kate Dillon's Taylor Mason on Billions to Facebook, OKCupid, and Tinder profiles, change is coming — and the community is hopeful.

"I would love to see gender-fluidity recognized as an option as a birth certificate or ID," Gore says, alluding to the nonbinary advances in Oregon and California. "Had I known [about gender-fluidity] when I was 10-years-old, it would have saved so many years of confusion."

Park hopes to see more persons like themself reflected in the news and in TV and film. "A more national validation of these identities is something that I'm hopeful for, at least in my future," Park says. "Obviously there's a lot of conversations around bathrooms but, even in the media, I'd love to see more nonbinary characters."

For Juliett, the matter is simple: they and their peers want to be seen as human and their genders viewed as valid. "Everything in our society is so harshly gendered," Juliett says. "When you don't correspond with a specific gender, you're either going to be looked at strangely or subjected to violence or you will have no options unless you deny your own identity . . . We're just normal people who want to do our jobs."