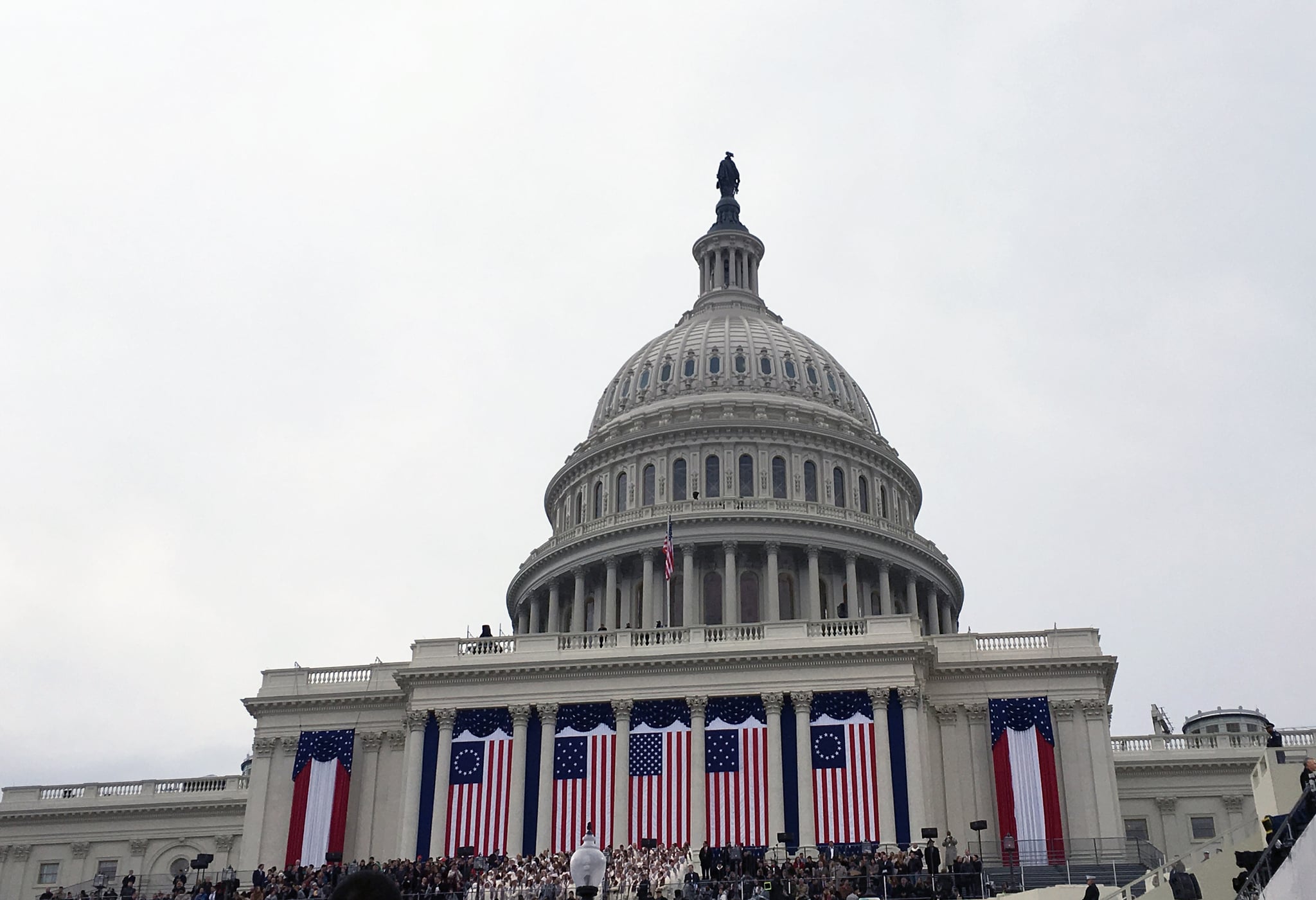 A man sat next to me counting the number of Facebook "likes" he had gotten on the Facebook photo he posted from Donald Trump's inauguration.

"Fifteen," he told the woman next to him. "But I don't have many Facebook friends — only about 115. And I'll probably lose at least 25 of them today. I don't care, though." He works for the federal government and didn't want to give his name, but said he liked Trump because he wanted a businessman in the White House. And besides, he always roots for the underdogs like Trump.

Speaking of dogs, when a picture of Melania Trump flashed on the screen as she made her way to the ceremony, several men said, "Whoa, whoa, whoa, Melania," "look at that!" and "now, that's beautiful." The perfect way to treat a first lady — or any lady, really.

Those weren't the only on-the-ground moments you missed from the inauguration; check out some more.

Cheers of course erupted during Trump's speech, which was recycled from his campaign talks when he painted the US as a dark place riddled with crime and gangsters and drugs and terrorism that only he could fix. By this point, many people were wearing ponchos; the rain had started the second Trump was sworn in. After his address, a rabbi took the stage and said that in many cultures, rain is considered a good sign.

But a black man dressed in a suit and leather newsboy cap nearby had a different feeling about the rain: "Those are God's tears," he said.