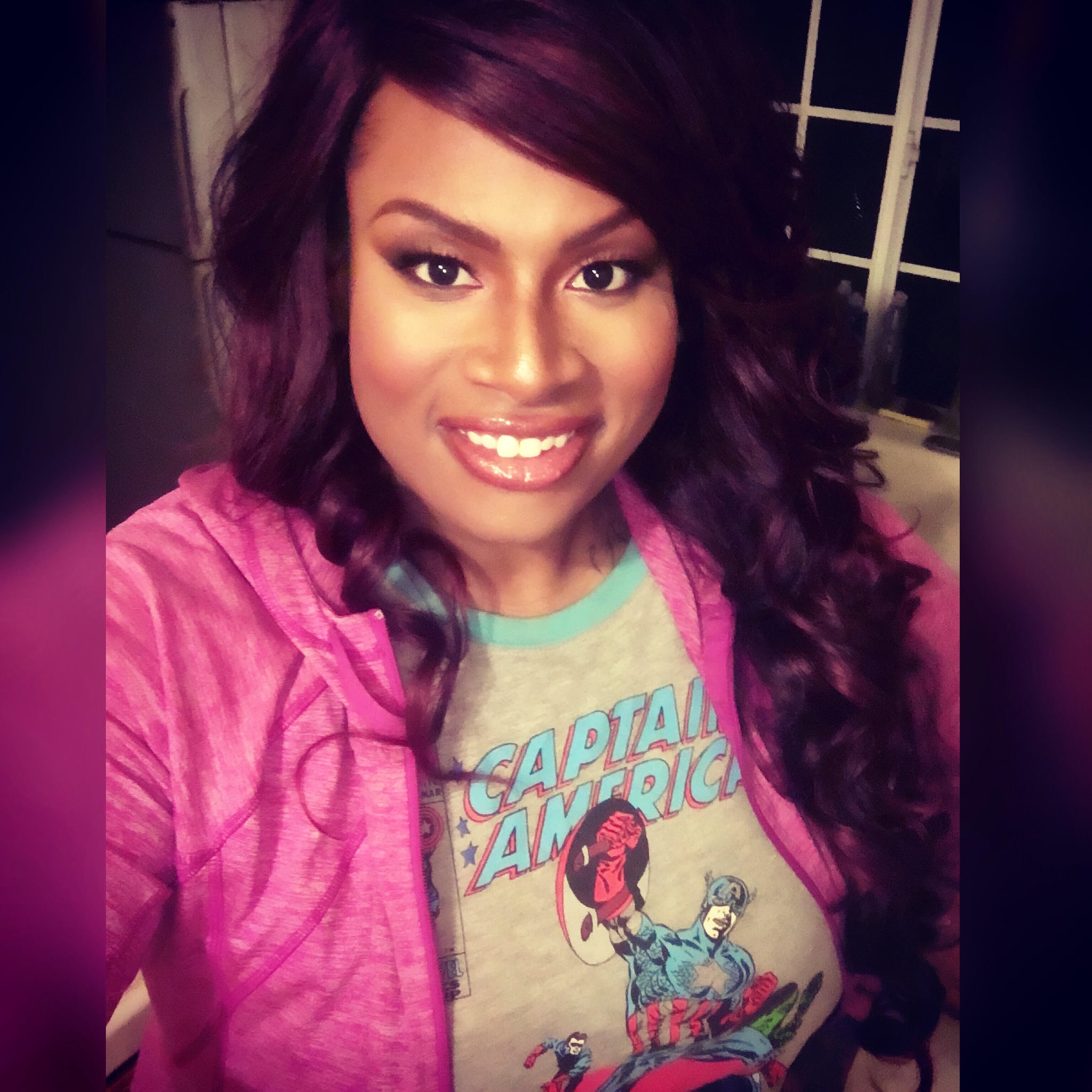 When I was younger, I lived vicariously through the superheroes and heroines who appeared on TV screens or in comic books. Wonder Woman, Superman, Spider Man, the Power Rangers, you name them. I remember fantasizing over what it would be like to have supernatural powers and superhuman strength. No matter how dangerous situations became, there was never a threat big enough to deter these heroic figures from doing the right thing at all costs. As if their courage wasn't enough, they always held a certain je ne sais quoi I deeply admired.

However, despite their incredible abilities, they hid who they truly were and instead assumed the identities of ordinary people. I always wondered if they would trade in their gifts if given the opportunity. One thing every hero and heroine had in common is that none of them ever chose the life. It was their destiny. Who would have known that, years later, as a transgender woman of color, I would become a heroine for revealing my true identity and standing my ground in spaces that didn't readily welcome me. What I do requires hero-like courage: to hold space in a society that oppresses women, people of color, gays, and lesbians and threatens to erase anyone who falls outside of a cisgender-heteronormative identity.

Imagine what it would be like if our favorite superheroes revealed their true identities to the world. Not only would they become more vulnerable to the villains who plot their demise, but they'd also have to deal with criticism and judgment from the very citizens they vowed to protect. As a trans woman of color, my very existence is revolutionary and disruptive to traditional societal norms, but I'm willing to challenge those norms if it means creating safe spaces for others to live authentically and without fear.

Despite the frightening times we live in, it's important that transgender people not allow ourselves to be bullied into rejecting our true identities. Regardless of the backlash, rejection, and fear-mongering we're subjected to, we must remain visible to the world free of disguise. This sends the message that we will not tolerate villainy in any form or fashion, nor will we be hindered from taking paths that lead to our true life's purpose. Our heroism comes from our willingness to hold space, without approval or permission. We must continue to stand in the face of adversity and tackle all obstacles that come our way.

It's important that transgender people not allow ourselves to be bullied into rejecting our true identities.

Transgender women of color were on the front lines of Stonewall and led the movement toward LGBTQ liberation and equality. When the AIDS epidemic devastated the gay community in the '80s, it was lesbian women who rolled up their sleeves and came to the rescue. But even in cities like West Hollywood, which has a large gay population and is celebrated for its progressive culture, trans women of color still suffer a great deal of lateral oppression at the hands of some of our privileged white cisgender gay brothers.

Recently I had a reservation at an upscale restaurant in West Hollywood that boasts of its celebrity regulars. From the time I walked into the door until the time I left, I was exposed to transphobia, racist microaggressions, and humiliation and was treated so poorly I went home in tears. Everything that transpired that evening continued to replay in my mind on repeat. The attendant at the front door wouldn't honor my gender identity and correct pronouns. I was rejected despite my reservation. I was taken aside and monitored by security as if my presence was criminal. The worse part is that once I was seated, I was shown the discounted section of the menu and "sister-girled" — that is, spoken to with unnatural stereotypical slang that African-American women are supposed to better respond to. Convinced things couldn't become worse, the manager gaslighted me and dismissed me in front of other patrons, reinforcing society's beliefs that trans people don't matter. The most devastating part of this experience was that although this took place in a heterocentric restaurant, the employees who treated me so savagely were gay men.

Sadly, this doesn't come as a surprise to me. For gay men who struggle with internalized homophobia, being accepted into heterocentric spaces feels rewarding. However, when trans women or non-binary queer people who are more expressive in their identities enter those spaces, we somehow pose a threat to that acceptance. These individuals fear that our identities will reinforce the stereotypes and criticism they've endured in their lives. They project those fears onto us through subconscious lateral oppression.

This is problematic because the LGBTQ community at large cannot demand that society treats us with dignity and respect if we lack the capacity to extend the same respect to members of our very own community.

The most devastating part of this experience was that the employees who treated me so savagely were gay men.

I wanted to write this piece for two reasons: to let trans, queer people, and people of color know that they aren't alone in the injustices they face and to reinforce that we deserve better. My intention is to encourage others to speak up so that our collective voices can amplify that message. Let this piece serve as a call to action for marginalized communities to unify and mobilize so that we're able to withstand everything coming our way in this social and political climate. It is all of us or none of us. The entire community and our allies must tap into our superhuman powers and push for change the best way we know how.

One of the most powerful ways to push for change is to be intentional about where we spend our money and what businesses we support. Without me having to name them, I'm sure you can think of at least three corporations that were recently boycotted because of their anti-LGBTQ, misogynistic, or racist views. Those boycotts were powerful and heavily impactful. When we withhold our resources from unethical business and companies, we send the message that we will be heard, and if we are not treated with the dignity and respect we deserve, we will not continue to place value in companies that don't see the value in us as people. A brand doesn't make us; we make the brand.

What corporations know that some of you may not is that LGBTQ people in the United States alone contributed $917 billion toward our economy in 2016, according to Bloomberg. We also spent a whopping $75 billion on tourism and travel. Protests, marches, and rallies are great, but we are also learning that there is power in our purchases. We need to hold to the fire the restaurants, businesses, and corporations that refuse to value our existence and to withhold our purchasing power to remind them how much we contribute to this country. I called out Catch LA on every review site and platform I could, and it touched my heart to see so many of our allies and other community members share the information and take a stand with me. By calling them out, it prevents them from benefiting from spending power that should go toward businesses that foster diverse and inclusive spaces. Change doesn't always welcome us through the front door. It's up to us to go through the back door, the chimney, the windows, and the basement to gain entry. We have the power to affect change. We are a powerful people. Now is the time to tap into that superpower.

Kamala Harris
Kamala Harris Attends a Pride Parade With Doug Emhoff, and Makes History in the Process
by Monica Sisavat 13 hours ago