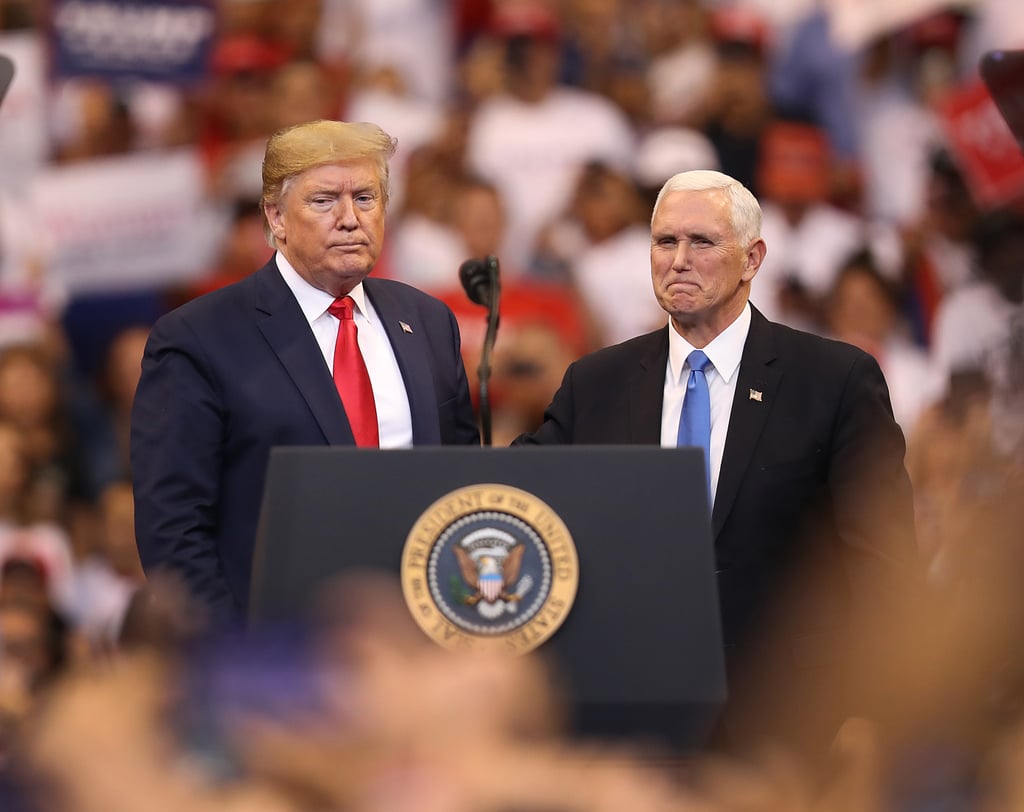 On Oct. 1, President Donald Trump and First Lady Melania Trump tested positive for COVID-19. The following day, after displaying what a White House physician called "mild symptoms" like a low-grade fever, Trump was admitted to the hospital at Walter Reed National Military Medical Center. As of now, Trump retains all of his powers as the President of the United States, despite his illness. But as he battles the disease, you might be wondering what could happen if at any point he becomes unable to serve.

Per the 25th Amendment, the standing president must inform the speaker of the House (Nancy Pelosi) and the president pro tempore (Chuck Grassley) in writing of their inability to serve; they must then inform them via another written statement when they are ready to serve again. In the interim, the vice president stands in for the president's duties. This has happened a few times in history: once when George H. W. Bush stood in for Ronald Reagan while he underwent colon cancer surgery under anesthesia in 1985, and twice when Richard B. Cheney stood in for George W. Bush while he underwent separate colonoscopies under sedation — once during his first term in 2002 and once during his second term in 2007.

The Presidential Succession Act sets up a line of succession to determine who takes over if the president is unable to serve due to illness, incapacitation, or death. The order has not always been agreed upon, and the law has a long history of changes, with the last taking place in 2006. That year, the USA Patriot Improvement and Reauthorization Act of 2005 added the secretary of homeland security to the list.

Related:
The Representative Who Called For Trump's Impeachment Is Now Receiving Death Threats

In Trump's administration, here's the full line of succession: