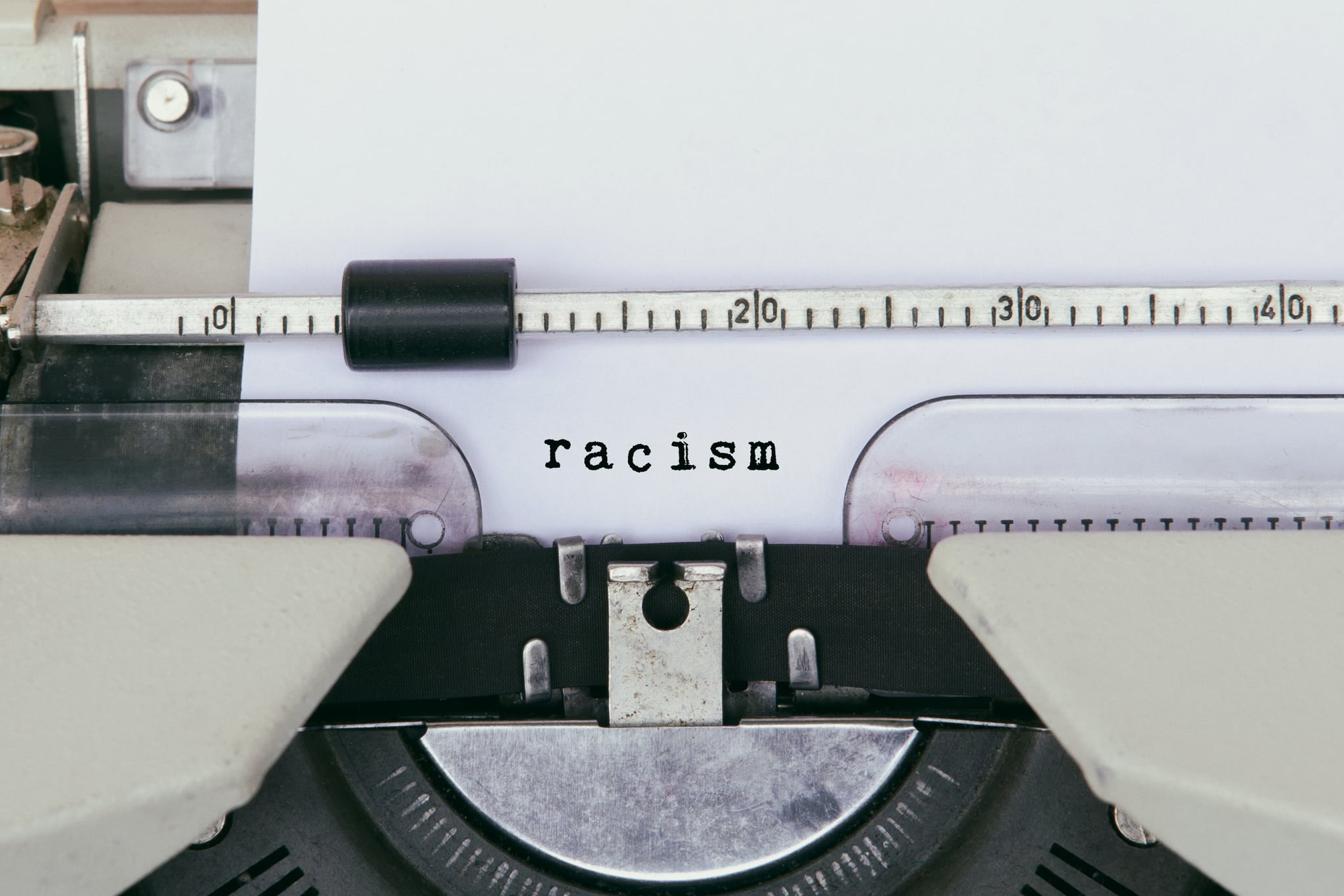 At a 2016 Donald Trump rally in North Carolina, a Black man was sucker-punched in the face by a white man. Then, the Black man was pushed to the ground and handcuffed by police. Sounds messed up, doesn't it? When asked why officers responded this way, a local sherrif spokesperson told the Washington Post that they probably didn't see the whole exchange. Translation: they saw a fight and assumed it was the Black man's fault. This is white privilege.

In recent years, the once-academic term has hit the main stream. People confronted presidential-hopeful Hillary Clinton with questions about it, Macklemore and Ryan Lewis are creating songs about it, and it's rising on Google search. So, what's it about, and is it offensive to white people? Let's break it down.


It's a significant — not ridiculous — term.

White privilege is a benefit that comes with having an "accepted" skin color, regardless of other factors like class or sexual orientation or gender. In the US, this accepted skin color is white. People of color do not enjoy this same benefit, and white people may take it for granted because it's a normal part of their lives. The term arose from a now-famous paper published in 1988 by a woman named Peggy McIntosh. It's called "White Privilege: Unpacking the Invisible Knapsack," and, at the time, she gave 50 examples, including:

It's hard to quantify how white privilege plays out, but certain statistics point to its very real existence. For instance, did you know that about 16 percent of white children who are born into the poorest of US families will become a member of the top one-fifth by the time they turn 40? But for poor Black children that number is three percent? If stats won't do it for you, the anecdotal support is never-ending.

Many people of color accept the term, but it gets controversial because some white people think it's offensive. In 2014, a white freshman at Princeton wrote an essay that went viral after he got fed up with being told to "check" his privilege. Another point of contention: some white folks who grew up poor say it's not fair to call them privileged. To be totally clear: white privilege is not about economic status. We're talking about the nature of someone's white skin being an advantage over brown skin or Black skin because society currently values the former over the latter.

In an essay titled "Explaining White Privilege to a Broke White Person," white author Gina Crosley-Corcoran says the term is not meant to make white people feel guilty about their privilege. "It's not your fault you were born with white skin and experience these privileges," she writes. "BUT, whether you realize it or not, you DO benefit from it, and it IS your fault if you don't maintain awareness of that fact."

I, maybe more than most people, can completely understand why broke white folks get pissed when the word "Privilege" is thrown around. As a child, I was constantly discriminated against because of my poverty and those wounds still run very deep. But luckily my college education introduced me to a more nuanced concept of Privilege; the term Intersectionality. The concept of Intersectionality recognizes that people can be privileged in some ways and definitely not privileged in others."

We can all do something about it.

Supporting public officials who oppose racial profiling, inquiring about more diversity at your workplace, and speaking up when you hear offensive comments are just a few ways to fight it — and you can find more ideas here.

Ultimately, however, acknowledging that racial inequality exists — that this is a real thing — is a simple gesture with significant impact. This is especially true in light of a study by the Journal of Experimental Social Psychology that found that white privilege exists not because white people are racist but because they get defensive and deny that they have personally benefited from it. It's doubly true when people still roll their eyes at the term or think it's just some made-up concept.