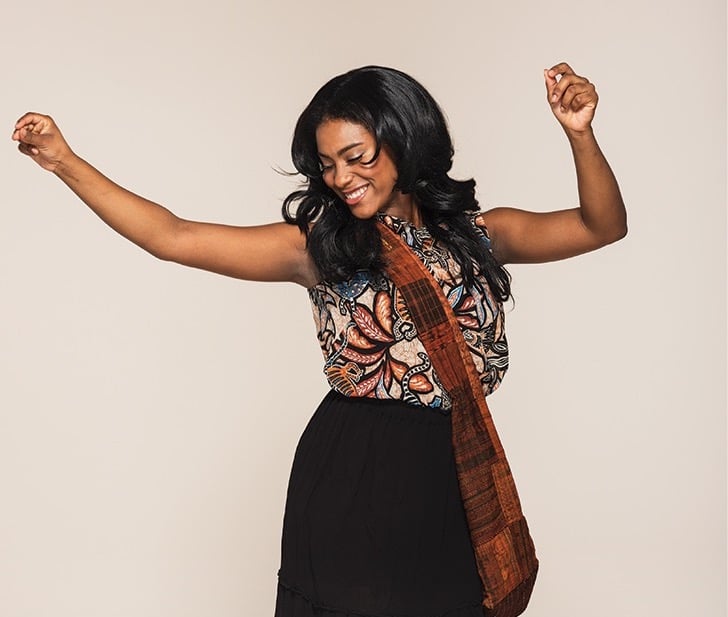 On Jan. 30, President Donald Trump will stand before a joint session of Congress and deliver his first State of the Union address. As one of the biggest events in politics, the remarks will be broadcast on air and online to millions of Americans around the world — but among those set to be present in the House chamber is Denea Joseph, an activist and DACA recipient who will be attending as the guest of California Senator Kamala Harris.

The 2018 State of the Union will take place against a tremendously turbulent political backdrop; many Democratic members of Congress are expected to show their solidarity with the #MeToo and #TimesUp movements by wearing black, and at least a dozen people will be boycotting the event altogether. But at a time when the future of the Deferred Action for Childhood Arrivals program is up in the air and more than 700,000 individuals wake up each and every day knowing that they face an uncertain fate, Sen. Harris and several other Democrats have elected to extend their plus ones to the Dreamers who truly make America great.

Joseph, who immigrated to the United States from Belize at the age of 7, is part of the UndocuBlack Network — an advocacy group serving undocumented and formerly undocumented black immigrants, providing them with resources and a community throughout what can be an unbearably difficult process. "Dreamers like Denea represent the best of who we are as a nation," Senator Harris said in a statement, adding, "Her commitment to the representation and empowerment of black immigrant communities is inspiring. We must continue to fight to give her and the hundreds of thousands of other young people like her who are living in fear the security they need to live up to their full potential."

POPSUGAR caught up with Joseph by phone several hours before the State of the Union, and a transcript of that conversation — lightly edited and condensed for clarity — appears in full below.

POPSUGAR: To start, I'd love to hear a bit more about your personal background.

Denea Joseph: I was born in Belize, in Central America. I immigrated to this country at the age of 7 years old, and I actually did so without my mother, father, or siblings. As the eldest child, my parents made the decision to send me to the United States and I was raised by my maternal grandmother. That experience has definitely shaped the activism that I do now. Historically, I would say as a black immigrant, our story is one that isn't represented — especially my journey here, as I think the vast majority of people tend to immigrate along with their parents. It's been a good 16 years since I've been back home; as a result, it's been 16 years since I've seen any of them in person.

PS: What has it been like for you as a Dreamer in Trump's America this year?

"Our future as we know it, as well as our current existence, is contingent on being able to continue advocating for this cause."

DJ: Chaotic would be an understatement, the understatement of the century, maybe. It's been a time of uncertainty; though I wouldn't say a time of fear, honestly, because when you know that you're living your truth, when you know that you're living unapologetically, and you're showcasing your experiences and the realities that come with it . . . I have no fear in that sense. However, there is an overall concern for my community and the future viability of our own freedoms in this country. If a program like DACA is completely eradicated, many of us would become subject to detention, deportation, and separation from our own families — there's so much at stake. And as a result, the advocacy just cannot stop. Because our future as we know it, as well as our current existence, is contingent on being able to continue advocating for this cause.

PS: What have you been doing to get your voice and story heard, through your work with UndocuBlack and otherwise?

DJ: Today in particular, we had a press conference. We were there with members of Congress — Rep. Judy Chu, Senate Minority Leader Nancy Pelosi, Sen. Cory Booker, Rep. Yvette Clark — we had a good amount of representatives present who were there to show their support for members of the DACA community and immigrants as a whole. We've also been amplifying our voices in on-air and over-the-phone interviews, documenting what this day truly means to the collective group, and showcasing our individual experiences as they pertain to the overall immigrant movement that's being led right now.

PS: So what advice would you give to other Dreamers out there looking for guidance?

DJ: Remain true to yourself. Remain true to your own personal experiences, and if you can, if you're comfortable enough, showcase your stories as much as possible. There is no one who can tell our stories in the way that we can. For myself in particular, as a member of the UndocuBlack community, showcasing it [is crucial] — it's an experience, a story, that isn't being represented in our mainstream immigrant narrative. I'm helping, I believe, to uplift the diversity of the immigrant community and showcase the fact that our liberation is truly bounded to one another. If I'm not free then you're not free, and we have to continue to do the work to ensure the collective within our community gets the rights that they truly do deserve, that they've earned and continue to work for.

PS: Let's switch gears a bit; how does it feel to be going to the State of the Union tonight?

"I really hope that tonight, through the representation of myself and the other DACA recipients who are going to be in the room, that we can uplift members of our community"

DJ: As somewhat of a political buff – I studied at UCLA as poli-sci, so I definitely watched the State of the Union every year that I have been in this country, and have been able to understand what's being said on that national level — it's incredible to be in this space. I'm extremely honored and feel extremely privileged that Sen. Kamala Harris has selected me to accompany her, and I'm still in shock, awe, and disbelief about the whole situation. It's a wonderful platform, and it's an opportunity to showcase the diversity within our community, and I really hope that tonight, through the representation of myself and the other DACA recipients who are going to be in the room, that we can uplift members of our community, members whose faith has maybe faded over the past few weeks on whether we will get a long-term solution to DACA — that they'll be reinvigorated, ready to hit the ground running come morning.

PS: There's been a lot in the news about Dreamers and the fight for DACA, but is there a side of the story that you wish more people were talking about?

DJ: I wish that people would start seeing us as we are, as human beings. I wish that the conversation would center around people, as opposed to economics. Often times we like to say, "immigrants pay taxes, thus the reason that they should remain in this country" — which is a fact, immigrants do contribute taxes and fees and payments to the Department of Homeland Security — but we are people first. We are people who contribute to our society, whether that be locally, state-wide or nationally; beyond that, we have family, we have people that we are responsible for through the actions and the work that we continue to do. So I wish that we would start to have a conversation beyond the numbers, and start looking at the people whose real lives and families are going to be impacted by this decision either way that it goes.

PS: One last question: if you could give one message to Donald Trump, what would it be?