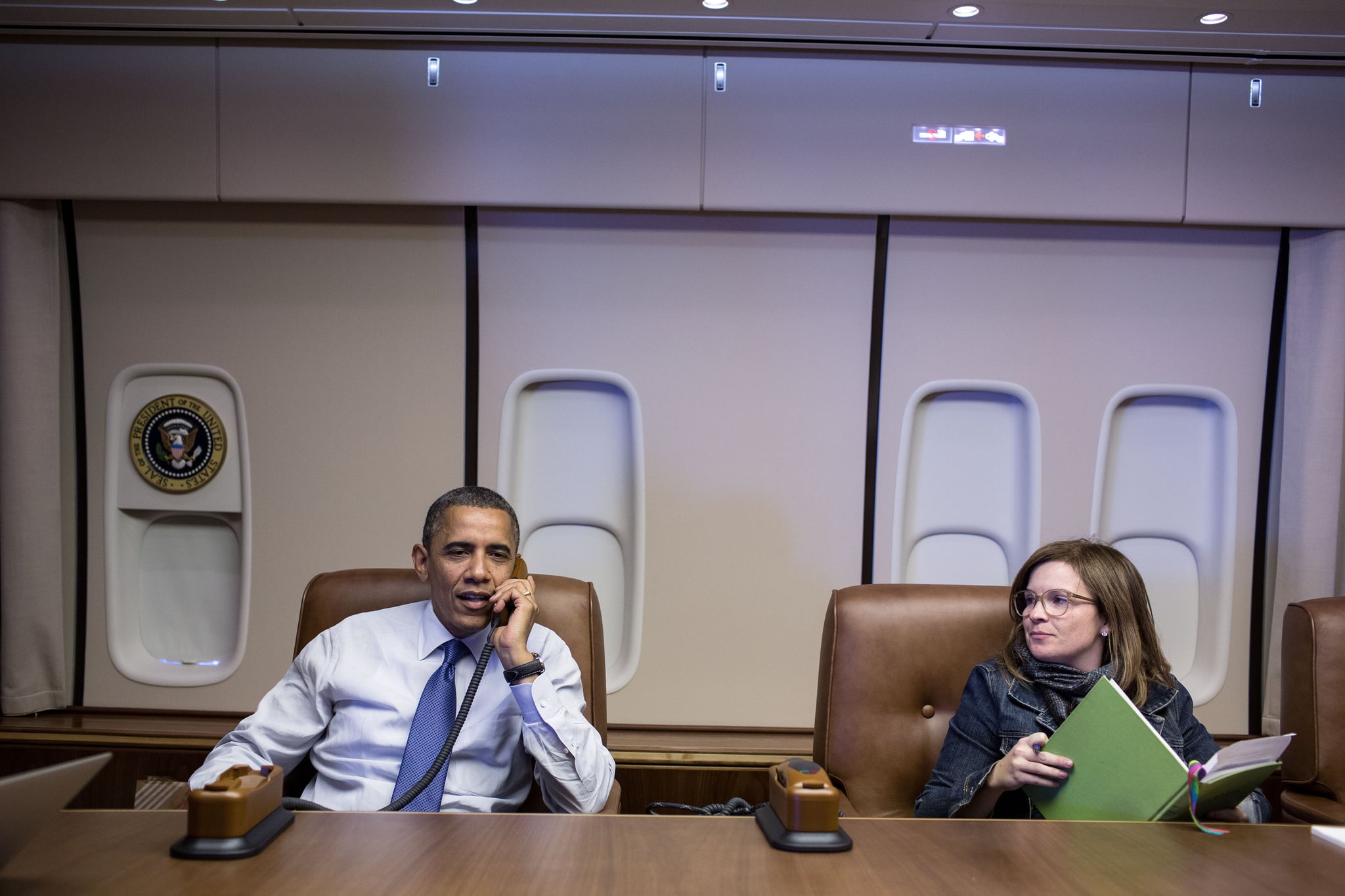 As part of President Obama's inner circle, Alyssa Mastromonaco had the kind of job most young people in politics would envy — but that's not to say it was easy. In the following excerpt from Matromonaco's Who Thought This Was a Good Idea? And Other Questions You Should Have Answers to When You Work in the White House, Obama's former deputy chief of staff for operations looks back on one of her most memorable, early moments as a leader on his team — and its somewhat cringe-worthy results. Who Thought This Was a Good Idea? is available today everywhere books are sold.

One day in late October 2008, almost four years after I started working for Obama and just days before the general election, I woke up to see a forecast of snow for Chester, Pennsylvania. A panic spread throughout the campaign headquarters, and especially through the scheduling and advance department, where I was working as director. Senator Obama was slated to do an outdoor event in town later that morning, and we were all waiting to see which of us would get the dreaded email. It would come from Marvin Nicholson (Obama's trip director, and my former boyfriend of six years), Reggie Love (Obama's body person), or Gibbs (Obama's press secretary); together, they made up what we lovingly called the Road Show because they traveled with Obama everywhere he went. Sometimes, disagreements would arise between the Road Show and HQ, and duking it out with your team is never fun. In HQ we sometimes had ideas that were a little campy or aggressive, but we weren't the ones who had to answer to Obama's disappointed face when he turned to them and said, "Uh, who thought this was a good idea?"

Shortly after that happened, I would usually get an email from Marv or Reg or Gibbs relaying the question. They would know full well it was me, but it was a gentle — or passive- aggressive — way of calling me out.

Anyway, Chester, PA, 2008. The forecast was bleak, and Senator McCain was canceling his events.

I had been working with Senator Obama long enough to know that he was not fond of the cold. (He still isn't — I mean, he's from Hawaii.) But how better to show contrast with an old and tired Senator McCain than with a spry and virile Barack Obama, so dedicated to the American public that he would endure a snowstorm to tell them about his vision for the country? Talk about leaving it all on the field! I was really into this idea. He had to keep Chester on the schedule.

I went to Plouffe — as in David, the campaign manager — and laid out the facts. There was no question about it, I told him: We were keeping Chester as is. He completely agreed. Outside, in the snow, Kenny "Town Hall" Thompson — one of our best advance leads, who was especially skilled at pulling off the greatest town hall meetings in politics — was about to execute what would become one of his most famous events, and we were not going to miss out on this opportunity because of a little precipitation.

I sent the decision to Road Show and to the advance team in Chester, who were in charge of developing and executing the event. A few minutes later, the cringeworthy but expected response from Reggie was in my in‑box: "Alyssa, who thinks this is a good idea?"

We all did, but that didn't matter. As the director of scheduling and advance, I had to respond that it was my idea. It was my responsibility.

About two hours later, the event began, and we watched it on TV from the headquarters in Chicago. As our boss began to attempt a speech that would convince Pennsylvania citizens to get out and vote for him, we noticed something horrible. 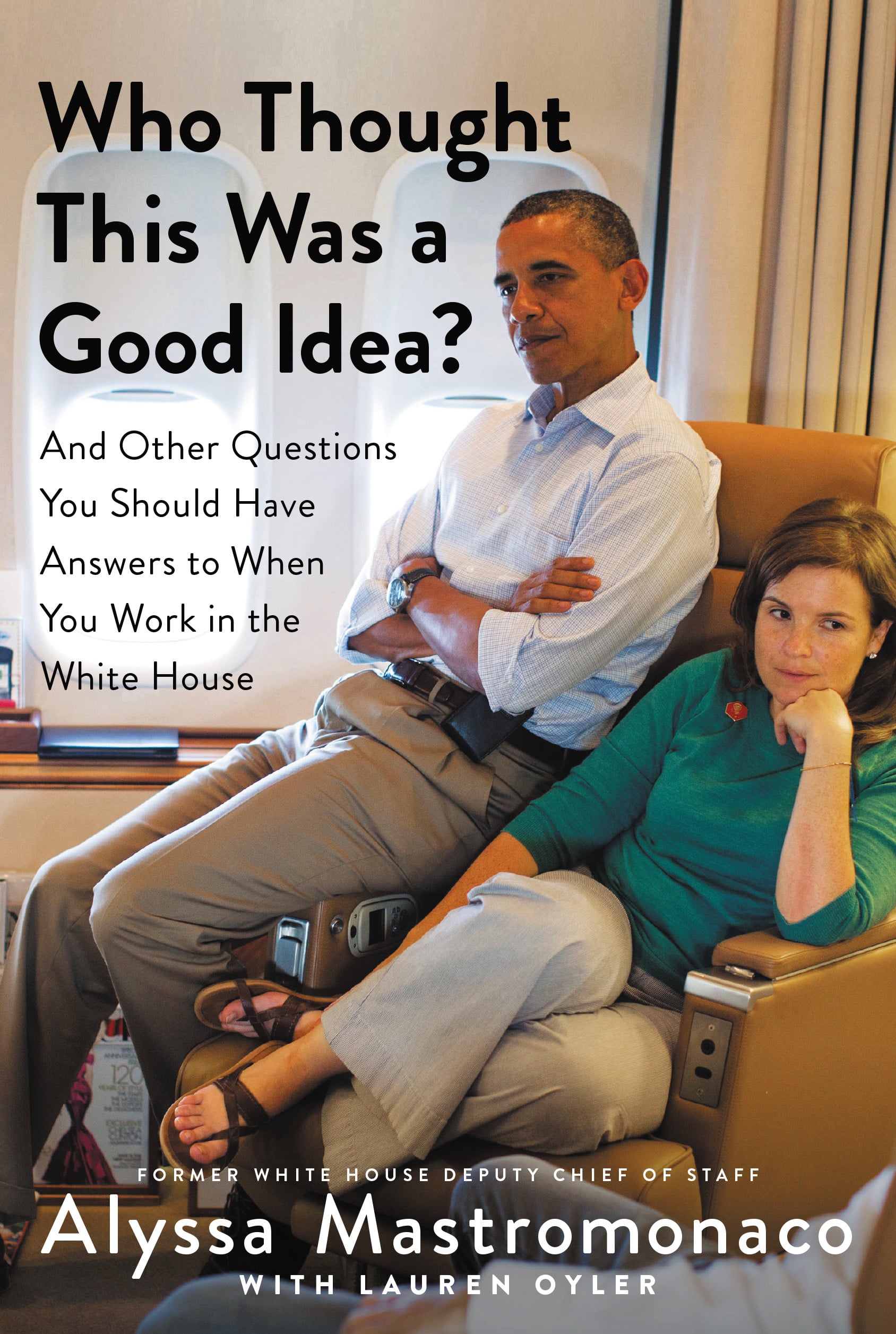 "It's sideways sleeting!" Dey cried. (Dey, aka Danielle Crutchfield, was my deputy and suffered the same email traffic I did when things didn't go according to plan.)

Barack Obama was on TV being smacked in the face by sleet. So much worse than snow. Basically worst-case scenario.

We watched (in horror) as the event drew to a close, and Obama reached his hand to Reggie. As we were turning off the TV, my phone rang.

"Hi!" I said, with my head down on the desk, girding myself for the inevitable and deserved. "The event looked AWESOME! You heard John McCain canceled all of his events, right? He looked like a total old man!"

"Alyssa, where are you right now?"

I was not sure where he was going with this, but I knew it was somewhere bad. "My desk," I replied, cautiously.

The choice to keep Chester on the schedule — my decision — was always going to result in some version of that conversation. But we all knew that slowing down in the last week of October was not an option. Besides, Obama does not hold a grudge — by the time we saw each other on Election Day, this would be the last thing on his mind.

You should always be prepared to defend your choices, whether just to yourself (sometimes this is the hardest) or to your coworkers, your friends, or your family. The quickest way for people to lose confidence in your ability to ever make a decision is for you to pass the buck, shrug your shoulders, or otherwise wuss out. Learning how to become a decision maker, and how you ultimately justify your choices, can define who you are.

This decision was not dissimilar to what happened when I put Sun‑In in my hair at seventh-grade field day even though my mom specifically told me not to: painful at first, but it worked out in the long run. The Chester fiasco was notable for more than just our drama. A week and change later, we had won the general election carrying the District of Columbia and 28 states, including Pennsylvania. The next year, Damon Winter, a photographer from the New York Times, received the Pulitzer Prize for his coverage of the campaign, and the winning work included a photo he took of the event. Though the soon‑to‑be POTUS teased me for it for a little while afterward, Winter's award vindicated how everyone felt that day — including Obama. It became one of our favorite moments. The sleet pelting him in the face was front and center. And my hair is blond to this day.

Wellness
My Wellness Manifesto? Learn How to Choose Yourself
by Fariha Róisín 8/11