As a director, it's sad how few projects come across my desk having to do with social issues. I just stopped to think about it. Exactly zero have come my way — until the one you're about to watch here. The truth is, most artists won't "go there" and take a stand or get vulnerable, especially when it comes to something as tough as sexual assault. But Aijia has done just that, writing "For You," a song about speaking your truth against all odds.

So many of us are part of that statistic: one in three women will be sexually assaulted in their lives. That's why conceiving this video was so important to me. I knew this could give voice to women in different stages of their process — the ones going through it or the ones standing by someone going through it. It's not my place to divulge the personal stories of the women in this video, and believe me, some of them are intense. Some of the women here are not survivors, but allies standing alongside their sisters in support. Some of the women in this video are survivors who are speaking up for the first time. By participating, they're essentially "outing" themselves to their friends and families once it goes live. That's brave.

Some are angry. Others are afraid. One has her guard up the entire time, another has found peace and grace.

I'm honored they trusted me with this and grateful for my all-women led team, crew, and trauma counselor who created a safe space on this day. My hope is that by coming together to create this video, the many women in front of the camera and behind the scenes send a message: that we're not going anywhere, that we won't be silent, and that we're here for each other — and for every other woman out there who has been impacted by sexual violence in her life. To borrow from the song, we made this video for you.

If you are a survivor of sexual assault and need help and resources, please call the National Sexual Assault Hotline at 800.656.HOPE. One hundred percent of the download proceeds from "For You" will be donated to the Time's Up Legal Defense Fund.

Alexandria Ocasio-Cortez
AOC Shares Sexual-Assault Story at Abortion Rally: "All I Could Think Was, 'Thank God I Have . . . a Choice'"
by Yerin Kim 6/27 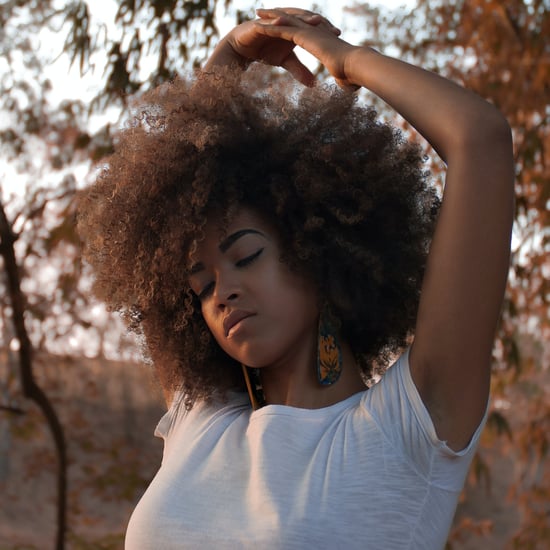