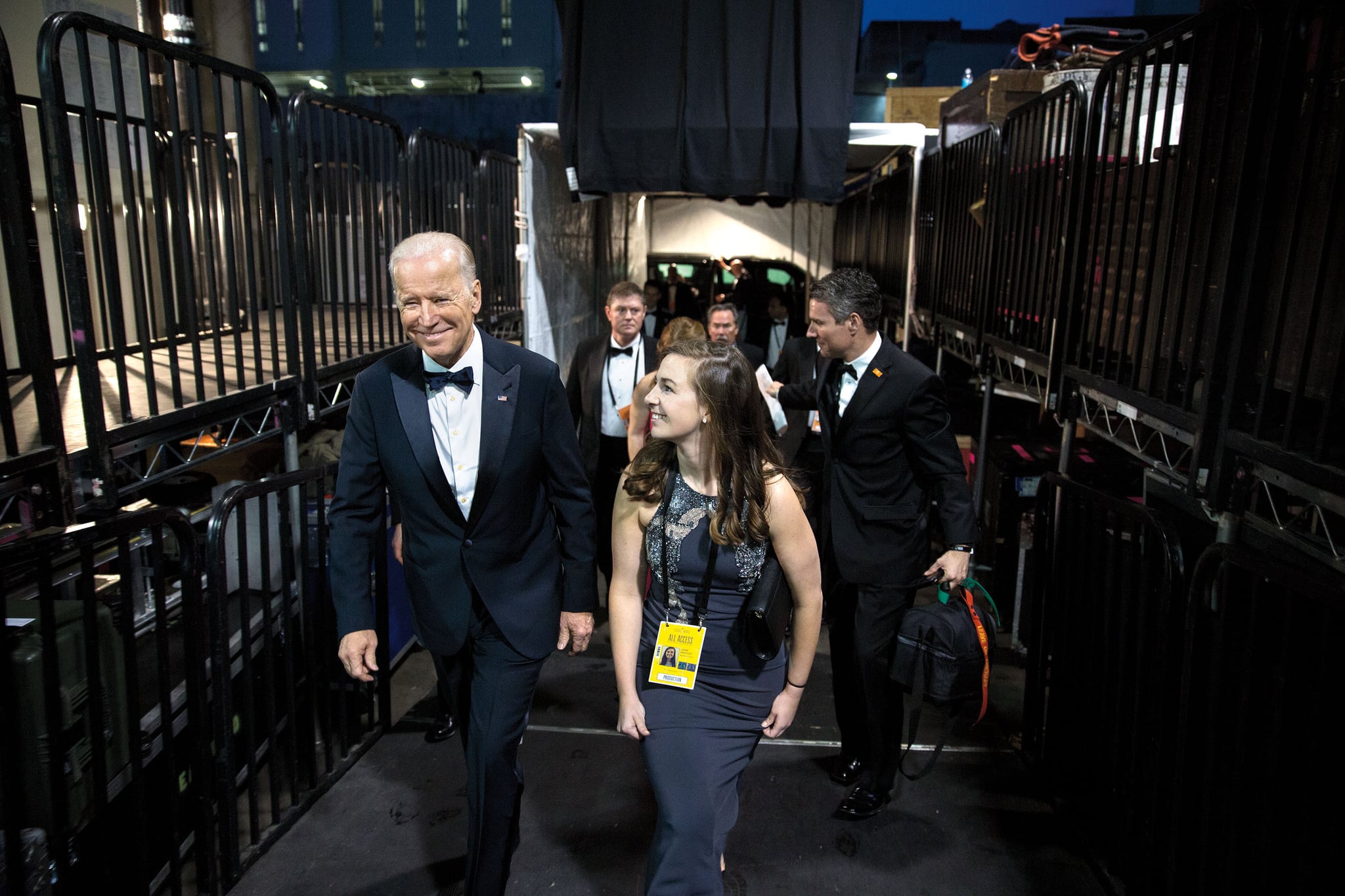 Zeppa Kreager is the former Chief of Staff of Biden for President and Get Out the Vote Advisor.

I got my start in politics at 16 years old, registering voters every Saturday outside of the Super Walmart in my small hometown in rural Central Nebraska (not exactly a Democratic stronghold). I couldn't vote yet, but I wanted to make sure more people could because it seemed like such an easy and important way to make your opinion heard. Before each Husker football game, I went to that Walmart to ask people to register to vote: an eager teenager in an oversize volunteer T-shirt with a clipboard, trying to stop people as they ran to the store to pick up their Game Day snacks.

I had no idea then, but those fall weekend afternoons were the start of my career. I'll let you in on a secret: every job in politics is basically some variation of registering voters outside of Walmart. You're doing hard work; you have to have thick skin to just keep on asking, even when people say no; and you are ultimately building towards something much bigger than that one action.

Fifteen years since I was that teenager eagerly registering voters outside the Walmart, my title and job description have changed, but the goal and basic skills needed to do it have not. My road to serving as Chief of Staff and Get Out the Vote Advisor on the Biden campaign was not straightforward. I hope in sharing my experience, I can help more people keep pushing for something that may feel out of reach — because getting started is the hardest part. So here's my story, and a few details about my experience on the Biden campaign:

I did not come from a politically active family where I had in-depth discussions about policy around the dinner table or knew any local elected officials, unless you count my mom ordering pizza for each televised Presidential debate. My first paid gig in politics was as an organizer in rural Ohio for the Obama-Biden re-election campaign in 2012. And my first successes in politics came not in spite of where I was from, but because of it.

In rural Ohio, Democratic volunteers were hard to come by and votes were harder to win. I had to make more calls than my colleagues in more Democratic-leaning city centers across the state to hit my goals, and I had to dig deep to find shared values with people who were skeptical of President Obama. Frankly, I spent more time talking about Jesus than about the latest policy proposal. My strength was that I knew these voters: they were just like the hard-working Nebraskans I had grown up with — the ones I had met outside the Walmart. My hometown felt a long way from the White House, but it was instrumental to my success. Elections are not about Washington DC, but about voters all across the country in cities and town. My reputation on the campaign — for hard work, humility, and meeting voters where they are — is what got me a job in the White House after we won. 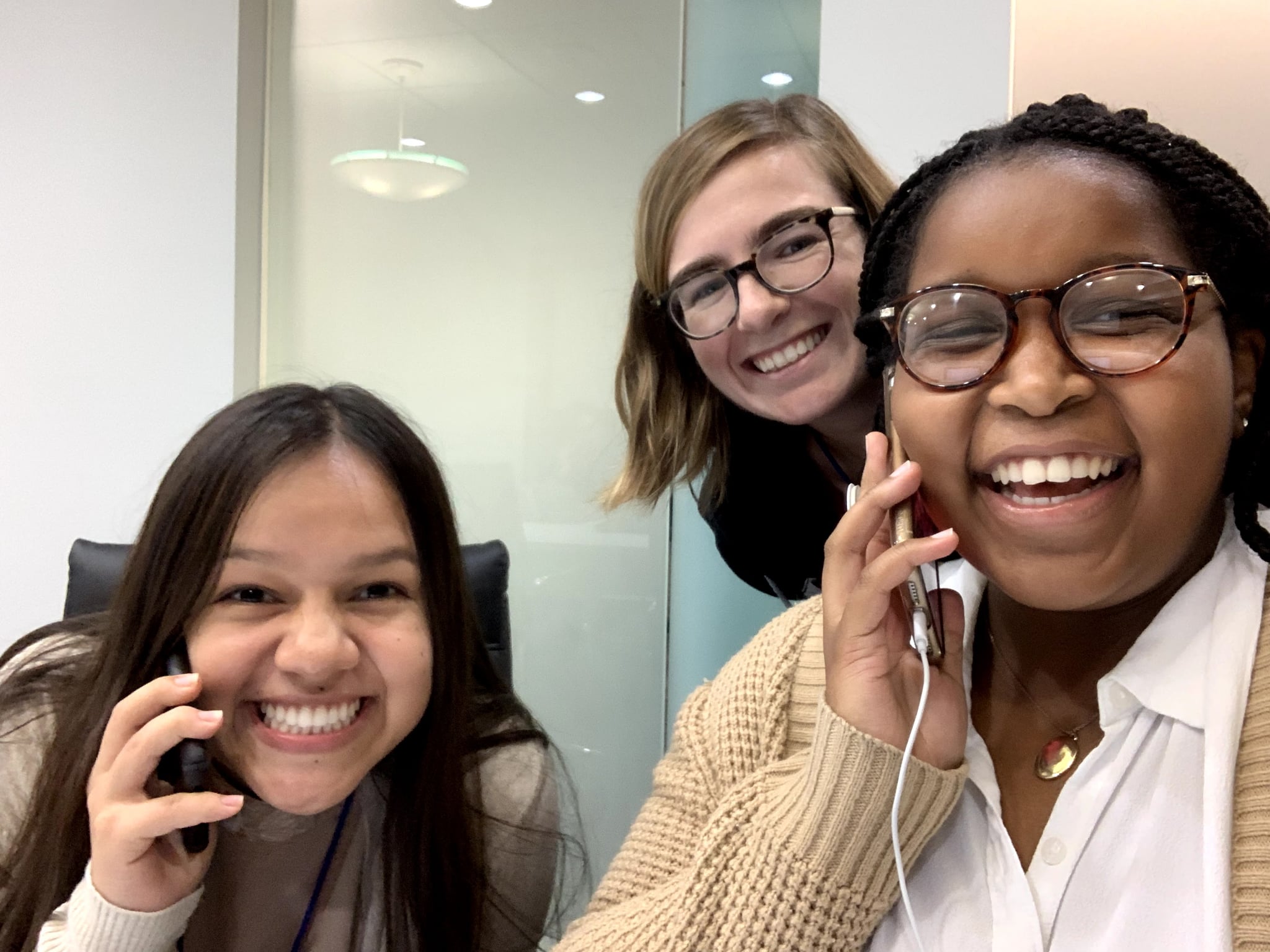 Back to the hard work: identifying shared values and making calls — lots and lots of calls — did not stop after my time as an organizer, because they are an integral part of any successful campaign. During the Democratic primary last year, everyone in headquarters would come together to make calls for special projects. We made calls to raise money, invite voters to events, and to remind people to show up to caucus and vote. And we didn't stop asking.

There was a lot about the Biden campaign that I'm proud of: people were willing to take on any task that was asked of them. We were an incredibly scrappy team. We launched the campaign in a small WeWork suite in Washington, DC where we did not have enough chairs for everyone, so we spent a lot of time sitting on the ground. For a long time, we had to use my cell phone to run our senior staff calls, so we would pass my phone around the room and everyone would lean close to listen. It was not glamorous, but it worked.

Campaigns are places where normal people can be part of extraordinary things that literally change history — not in spite of where they came from but because of it.

Here's why: every person was on the campaign because electing Joe Biden meant something bigger to them than just a job. For me, it was to make sure that more kids around the country got a chance like I did, growing up in the Midwest with programs that provide free lunches and scholarships for after school activities. It was to ensure we had a President who knew access to health care was fundamental and would fight for families like mine when both of my parents went through invasive cancer treatments last year. The stakes were too high, so not giving your all — not making every single phone call you possibly could, no matter the circumstances — was just not an option.

I share my experience because it is not unique. Campaigns are places where normal people can be part of extraordinary things that literally change history — not in spite of where they came from but because of it. There is not one single path to success in this industry, but showing up every day, bringing your personal experience, and taking initiative are some of the easiest ways to become successful in Democratic politics.

If you have ever registered voters, called or texted voters, or tried to convince your friends and family to go vote, you have started to experience what this career is like. Getting started is the hardest part. There's an anxiety you feel before making your first phone call, knocking on your first door, or making your first protest sign. But once you get started and realize the impact you're having and the people you are reaching, you get a rush. You're standing up for something you believe in. If you have been wondering if you have the right experience or background to try out working in politics or advocacy, I'll tell you this: you do.

If you are still unsure of my advice, look no further than our next President. The President-elect of the United States is one of the best examples that it doesn't matter where you start — whether that is Scranton, Pennsylvania or outside the Super Walmart in Nebraska — if you take the values of your home, put in the work, and keep showing up, you can change your community, your state, and even the whole world.