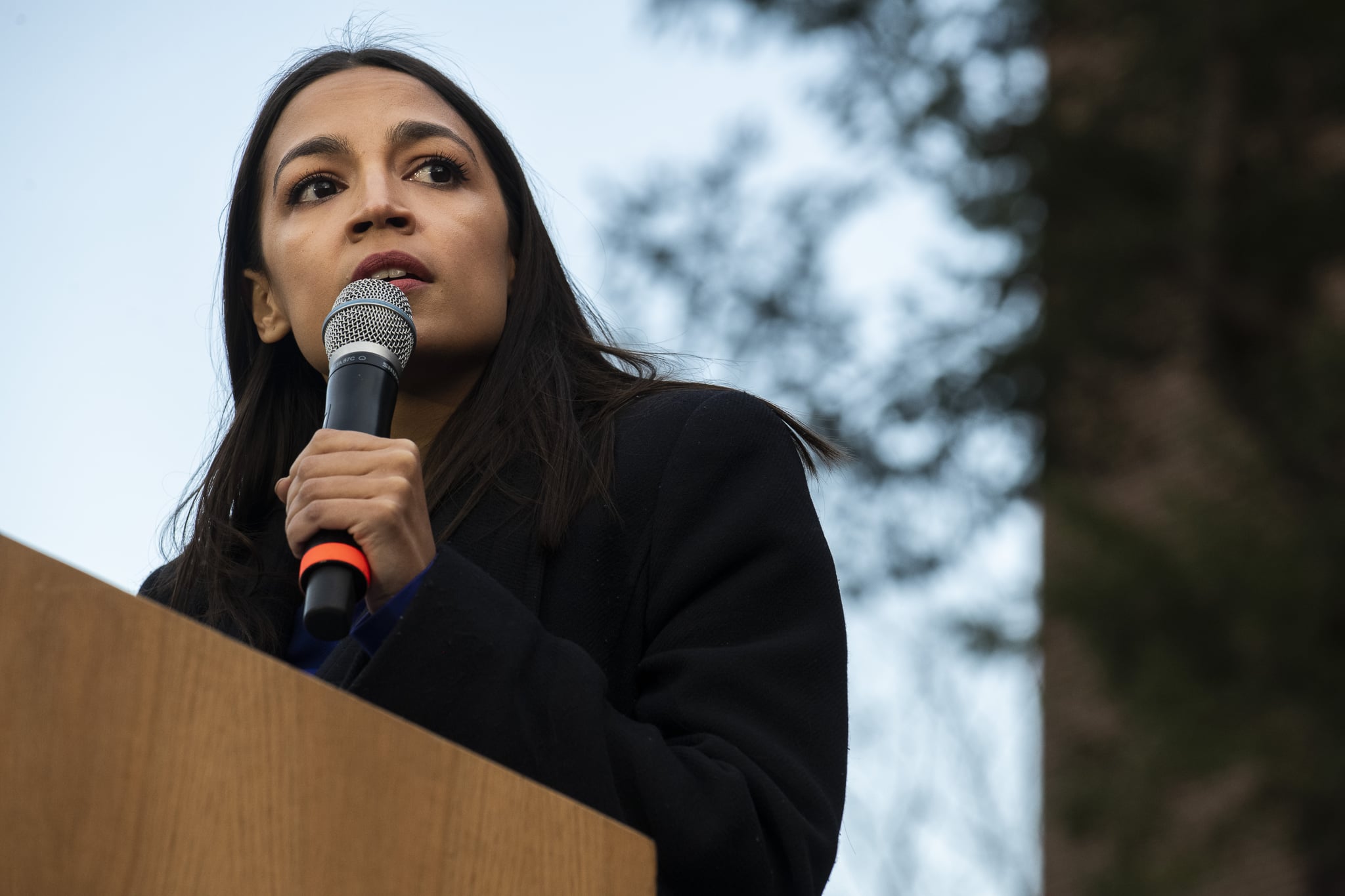 On Jan. 6, people all over the nation and the world watched as a pro-Trump mob violently stormed the US Capitol while members of Congress counted electoral votes to confirm Joe Biden's presidency. While it was harrowing to watch from the outside, the horrifying scope of the insurrection was further revealed through personal accounts from those who were locked inside the Capitol that day. On Feb. 1, Rep. Alexandria Ocasio-Cortez bravely detailed her own terrifying experience and the trauma that followed on an emotional Instagram Live. Her account demonstrated why "moving on" from the events can only happen once those responsible for the attack are held accountable.

"When we go through trauma, trauma compounds on each other."

The congresswoman, who revealed she is a survivor of sexual assault, explained how the trauma from her past related to what she experienced on Jan. 6. "When we go through trauma, trauma compounds on each other," she said. Ocasio-Cortez explained that trauma doesn't just come from a horrific incident, but also from the aftermath of people not believing you, which is a reason she chose to wait before telling her story from the insurrection.

In a chillingly personal account, Ocasio-Cortez first recalled the days leading up to the riots, saying that while she, as well as other members of Congress, had heard violence was expected the day of the electoral vote count, she felt the lack of security prior to Wednesday was "weird" and "suspicious," considering the response to Black Lives Matter protesters over the summer. However, Capitol police leadership told them not to worry prior to the attacks.

"This is the moment where I thought everything was over."

On the day of the riots, AOC detailed a particularly alarming moment, when a man violently broke into her office and demanded, "Where is she?" as the congresswoman hid in her bathroom. "This is the moment where I thought everything was over . . . I thought I was going to die," she said of the experience. While she later learned the person banging on the door was a Capitol police officer, she feared his hostility and felt something didn't feel right as he had never identified himself. Luckily, Ocasio-Cortez was eventually able to shelter in Rep. Katie Porter's office, where she changed into a puffy jacket and sneakers to avoid being recognized.

It wasn't until later that night when the Capitol was secured and AOC was safely in Rep. Ayanna Pressley's office that she was able to process the day's events. Pressley told Ocasio-Cortez that what she had suffered was trauma. "If you have experienced any sort of trauma, just the fact of recognizing that and admitting it is already a huge step, especially in a world where people are trying to tell you that you didn't experience what you experienced," AOC said.

She went on to equate the way lawmakers like Sen. Josh Hawley and Ted Cruz were insisting people simply "move on" from the attacks to "tactics that abusers use." She continued, "We cannot move on without accountability. We cannot heal without accountability. All these people telling us to move on are doing so at their own convenience." Creating safety starts with accountability for those who incited the Capitol riots, AOC said. "We are not safe with people who hold positions of power willing to endanger the lives of others if they think it scores them a political point." Watch her full IG Live video ahead.