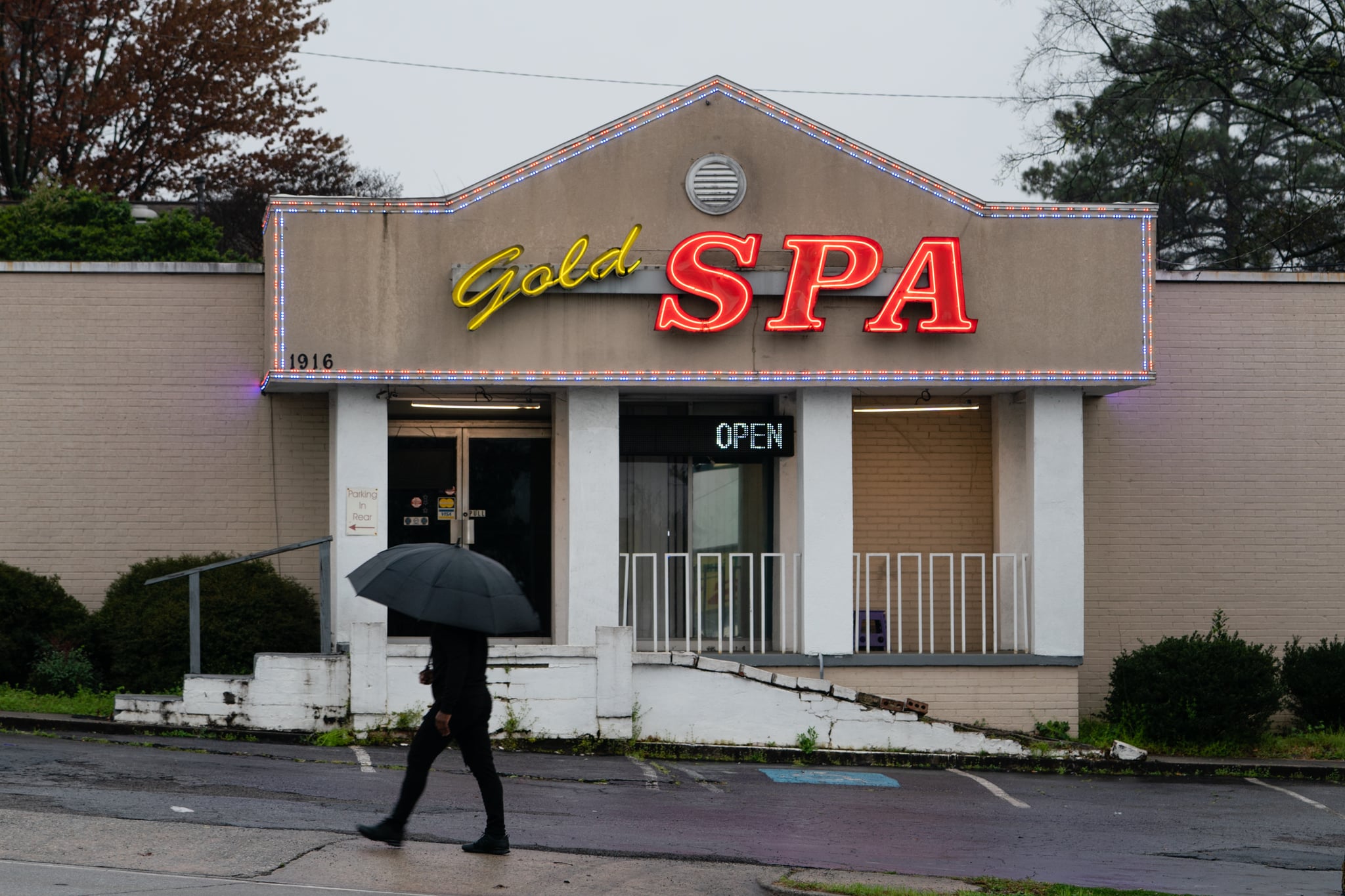 On March 16, Robert Aaron Long shot and killed eight people, six of whom were Asian women, at three different spa locations across Atlanta. These horrific shootings follow months of increased violence against the Asian American community, and yet, the police, the media, and politicians are reticent to label this massacre for what it is: a hate crime.

However, Atlanta Police Department Chief Rodney Bryant said it's too early to tell if the shootings are a hate crime. Long, a white man, told the Cherokee County Sheriff's department his actions weren't racially motivated. Authorities instead linked the shootings to his sex addiction, after Long revealed his urge to eliminate temptation. But are we obligated to take the word of a man who not 24 hours before slaughtered eight people, with the assumed intent to harm more? And if his killings were sexually motivated, is that not a hate crime in and of itself? He clearly targeted women; seven died at his hands. He killed six Asian American women specifically, revealing that either explicitly or implicitly, he targeted these women on the basis of their race. This is a hate crime.

Related:
Stand With the AAPI Community in Atlanta and Beyond by Amplifying These Organizations

It's chilling to watch footage of Georgia state Sen. Michelle Au from March 15 as she foretells further violence against Asian Americans one day before the shootings. "Recognize that we need help, we need protection, and we need people in power to stand up with us against hate," she pleaded. Her remarks were accompanied by a devastating data update: the Stop AAPI Hate organization received more than 3,800 documented cases of anti-Asian hate incidents nationwide over the last year. A majority of the victims were women.

Long's insistence that he was targeting his sources of "temptation" also emphasizes the dark hypersexualization of Asian women. An Asian Pacific Institute study revealed that 16 to 55 percent of Asian women in the US reported experiences of physical or sexual violence by an intimate partner in their lifetime. Journalist Audrea Lim addressed the fetishization of Asian women in her 2018 New York Times opinion piece, describing how white supremacists perceive them to be "subservient" and "docile." "That the Asian women killed yesterday were working highly vulnerable and low-wage jobs during an ongoing pandemic speaks directly to the compounding impacts of misogyny, structural violence, and white supremacy," Phi Nguyen, litigation director at Asian Americans Advancing Justice, said in a statement.

The United States' historic treatment of Asian people is rooted in racism, from the abuse of Chinese workers who built the Transcontinental Railroad, to Japanese internment camps, to the "model minority" myth, to most recently, the offensive COVID-19 conjecture. Asian Americans are subjected to hearing phrases like "Kung Flu" or "China Virus," whether that's from an internet troll or by the former president. Even a Cherokee county sheriff, who claimed Long was having a "really bad day" before his killing spree, was later found to have shared a racist photo on Facebook linking COVID-19 to China.

Police and politicians continue to skate around calling Long's shootings a hate crime. President Joe Biden's attempt to comfort the nation fell short when he addressed the violence before an ill-timed St. Patrick's Day meeting. Vice President Kamala Harris went further in her condemnation but still refused to define the shootings as hate crimes. Atlanta Mayor Keisha Lance Bottoms did everything but define the crime when she said, "I think whatever the stiffest most appropriate charges there are, this guy should face those charges. In Georgia, you can be charged with a hate crime. It covers a variety of areas and I personally think it would be appropriate, but I will defer to the prosecutors to make that determination."

Why, when the demographic connection is so painstakingly obvious, do politicians vacillate? If you want to stand with the AAPI community, it's time to call it like it is. This is a crime against Asian Americans. A crime against women. A hate crime. To vacillate, to call it anything else, is an injustice. To wait on the word of a killer puts the power back in his hands.