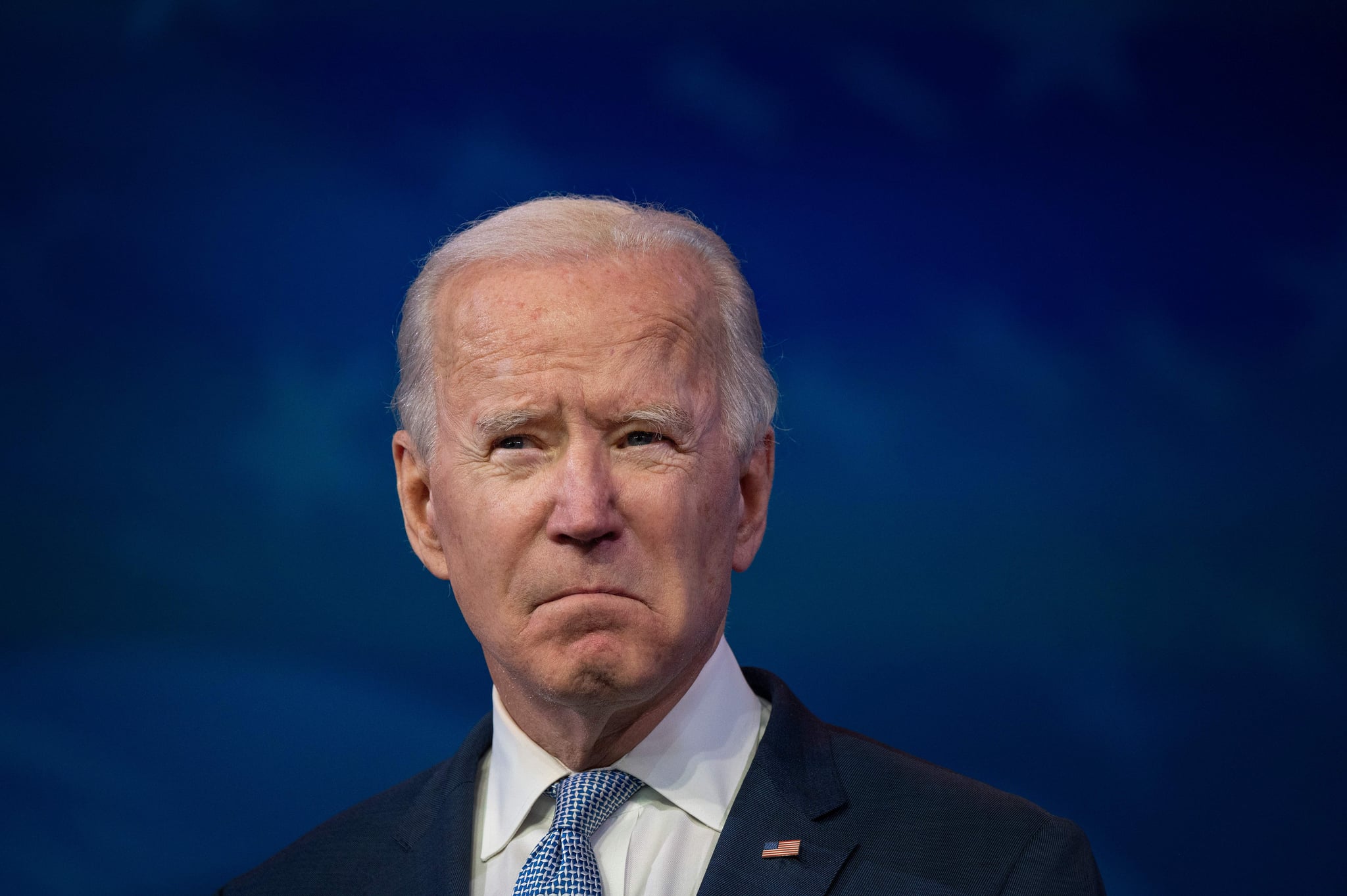 Joe Biden fervently called on Donald Trump to act on the insurrection taking place at the US Capitol. As the House and Senate convened on Jan. 6 to count the electoral votes in a historically symbolic procedure, a mob of Trump supporters sieged the building, creating chaos inside the legislative chambers and forcing Congress members to evacuate. In his address from the Queen Theater in Wilmington, DE, the president-elect sent a clear message to the lame-duck president, who had at that point tweeted about the insurrection but made no further statements or condemnations. "President Trump, step up," Biden said.

"At this hour, our democracy is under unprecedented assault unlike anything we've seen in modern times. An assault on the citadel of liberty: the Capitol itself," Biden said at the start of his speech. Though he referred to the group as a "small number of extremists," Biden was tougher on his description of the day's events and avoided calling it a protest. "This is not dissent. It's disorder. It's chaos. It borders on sedition, and it must end now. I call on this mob to pull back and allow the work of democracy to go forward."

Biden then urged Trump to publicly condemn the actions of his supporters. "The words of a president matter, no matter how good or bad that president is. At their best, the words of a president can inspire. At their worst, they can incite," he said. "Therefore, I call on President Trump to go on national television now to fulfill his oath and defend the Constitution and demand an end to this siege."

Moments after Biden delivered the speech, Trump released a minute-long video message. "I know your pain. I know your hurt. We had an election that was stolen from us. It was a landslide election, and everyone knows it — especially the other side — but you have to go home now. We have to have peace," Trump said. "We love you. You're very special."

Despite the delay of the electoral college vote, Biden appeared confident about its eventual fulfillment, as well as the future of his presidency. "The work of the moment, and the work of the next four years, must be the restoration of democracy, of decency, honor, respect, the rule of law. Just plain simple decency," he said. As he exited the stage, Biden turned to offer clamoring reporters a final statement: "Let me say one thing: I am not concerned about my safety, security, or the inauguration. I am not concerned. The American people are gonna stand up, and stand up now. Enough is enough is enough."

Joe Biden
Biden's First Year in Office: A Look at What It's Meant For Families
by Kate Schweitzer 1 week ago