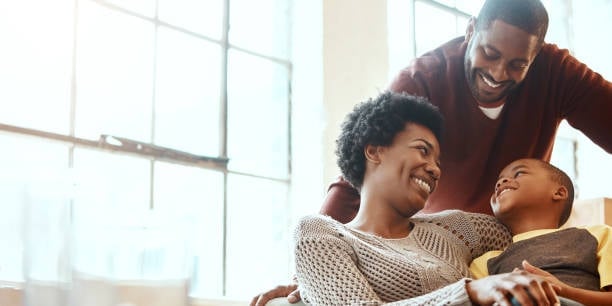 This Black History Month has been a time to reflect on everything that has happened in the past year. The year 2020 was a year of change — change that was long overdue. From the widespread growth of the Black Lives Matter movement to the coverage of police shootings, Americans were awakened to the harsh realities that come with being Black in America. Over the summer, it was impossible to go on Instagram or Facebook without being confronted with images and footage of Black Lives Matter protests. The message of the Black Lives Matter movement infiltrated the hearts and minds of Americans from all walks of life. This year, Black History Month hasn't just been about celebrating revered figures like Martin Luther King Jr. and Malcolm X. This year, Black History Month has meant so much more.

Carry what you've learned from Black History Month into making positive change for the rest of the year.

Black Lives Matter isn't the only reason this Black History Month has special meaning. This Black History Month has been about honoring the lives of Black people killed by law enforcement. The coverage of police killings spurred protests across the country that are still going on. It was George Floyd's death that ignited a racial reckoning that continues to grow as time goes on. The deaths of George Floyd and Breonna Taylor opened Americans to the mistreatment of Black people that still exists today. For the first time, the country was having a conversation about Black trauma. Non-Black people were stunned by the repeated shootings of Black people and expressed their concern by going to protests, writing about how to be better allies, and engaging in dialogue with Black friends and coworkers. Even though George Floyd died over six months ago, Black people are still grieving his death. This month, take the time to listen to your Black peers. Acknowledge his death and head to a protest or vigil to honor his life.

Black History Month in 2021 has more meaning because more non-Black people have been acknowledging Black pain, trauma, and history. Allyship has increased extensively as a result of the Black Lives Matter movement. People have become more aware of what it means to be Black in this country. Just because protests and coverage of police killings have died down doesn't mean you should stop showing support for your Black friends. Remember that the best thing you can do as an ally is listen to Black people. Take the time to engage in dialogue with a Black friend about why Black History Month matters to them. Carry what you've learned from Black History Month into making positive change for the rest of the year. Remember that what you've learned from Black History Month should be acknowledged and appreciated every day. Black History Month is a time to reflect on what has happened over the past year, but it's also a reminder to be better allies going forward.