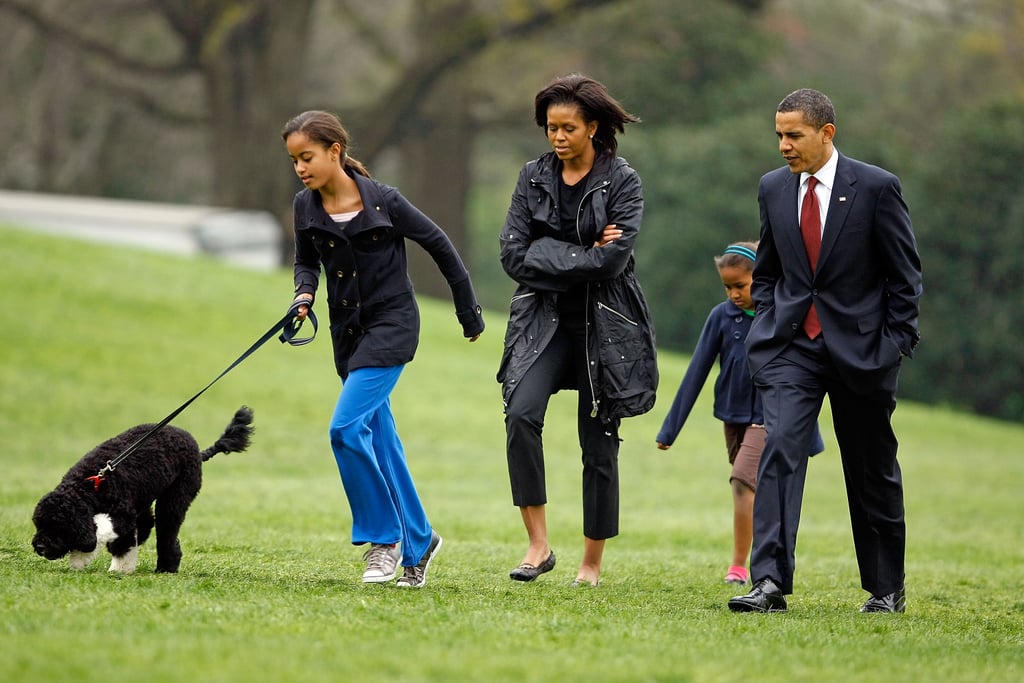 Barack and Michelle Obama are remembering their special companion, Bo. The first family's Portuguese water dog (and "best friend") died on May 8 following a battle with cancer, and the former president and first lady shared special messages in his memory.

"On the campaign trail in 2008, we promised our daughters that we would get a puppy after the election. At the time, Bo was supposed to be a companion for the girls. We had no idea how much he would mean to all of us," Michelle wrote on social media. She described Bo as a "constant, comforting presence" for more than a decade. She reflected on the good memories, like when he'd greet their daughters, Malia and Sasha, when they came home from school. He felt at home in the Oval Office, "ball clamped firmly in his teeth," and on Air Force One. "And when our lives slowed down, he was there, too — helping us see the girls off to college and adjust to life as empty nesters."

"No one was happier than Bo" when Barack and Michelle, plus their kids, spent more time at home during the pandemic. "All his people were under one roof again — just like the day we got him. I will always be grateful that Bo and the girls got to spend so much time together at the end." Barack echoed Michelle's sentiments, describing Bo as a "constant, gentle presence" in the family's life. "He was exactly what we needed and more than we ever expected. We will miss him dearly," the former president wrote. Read Barack and Michelle's full statements, ahead.

Related:
Barack Obama Said That He Had Family Dinners Every Night at 6:30 While Serving as President
Previous Next Start Slideshow
Michelle ObamaBarack ObamaDogsCelebrity Pets