I've yet to meet a Golden Retriever that isn't immediately in love with the idea of a good game of fetch, and this pup is no exception. In true Air Bud fashion, this athletic golden hopped right onto the ice to join his human in a game of fetch with a hockey puck, and he's already player of the year in my heart.

Although the ice was slippery, it looks like he was being careful and having a ton of fun as he padded across the ice to retrieve the puck — such a good boy! From the smile on his face to the way his tail wouldn't stop wagging, we can tell this doggo knew he was doing a great job — so when are tryouts? Watch the full, heartwarming video here. 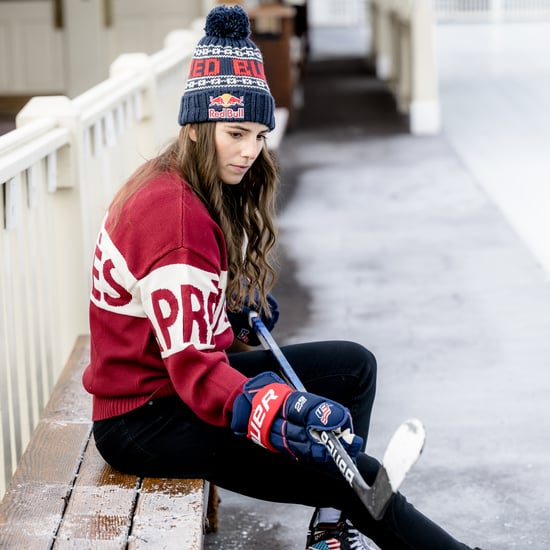