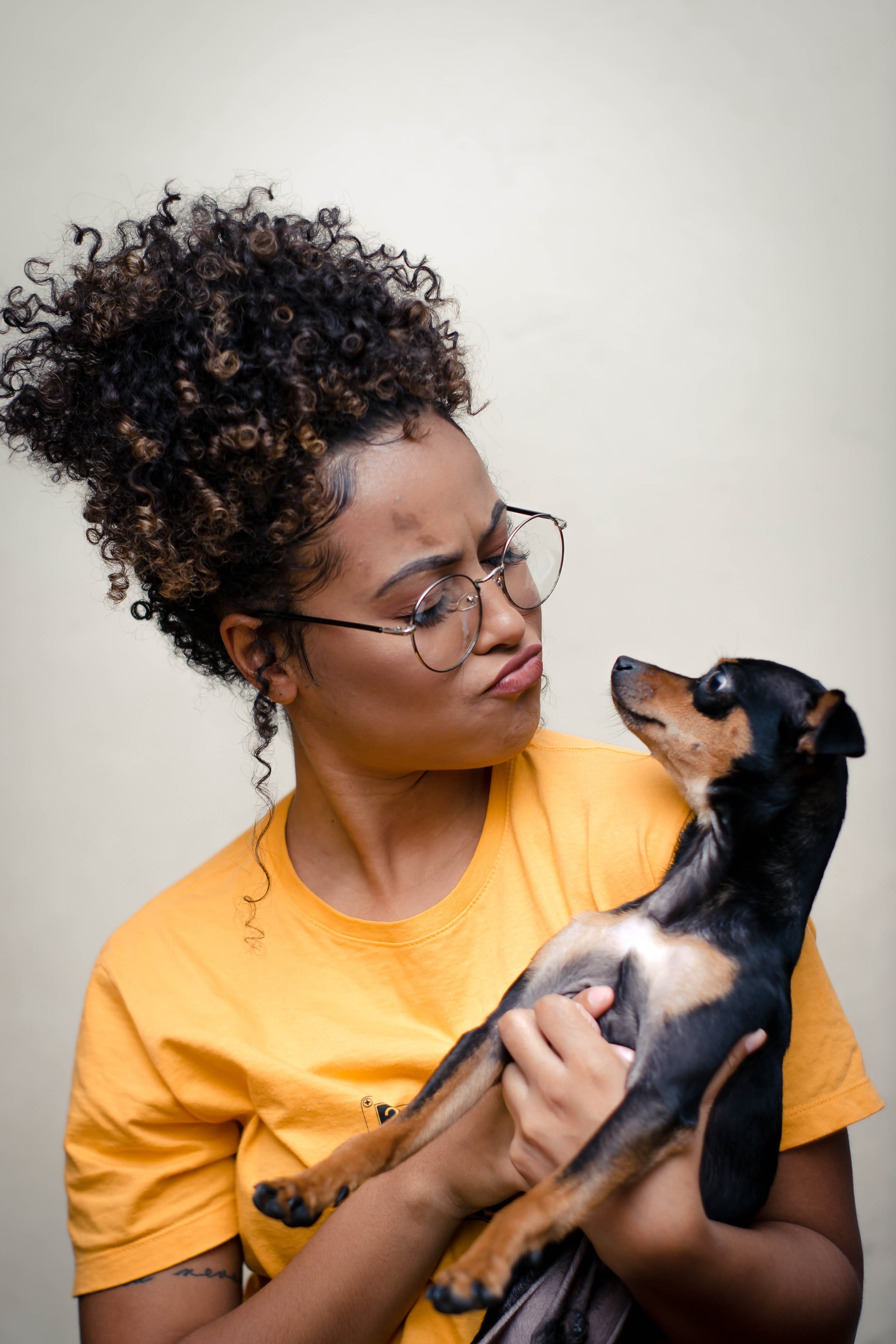 Your dog is barking; do they need to go out? Are they hungry? Deciphering the world of human communication is hard enough (just ask anyone who has ever been ghosted). Understanding your canine's cues can be an even bigger challenge. But you love your pet and want to know more beyond just that salivating means they are pretty pleased you've chosen to break out the chicken-flavored treats. For instance, um, why is your four-legged BFF suddenly doing his business in the house again? Sigh. To help you break down doggy communication, we spoke to the experts, who provided some surprising answers to our biggest questions about how dogs tell us what they need and how they are feeling.

According to Integrative veterinarian Carol Osborne, DVM, first and foremost, dogs communicate with their humans using their senses. "This includes facial expression, the eyes, the ears, ear position, and the tail, as well as body carriage and the lips," she said. Dr. Osborne advises pet owners to observe their fluffy pal's entire body and not just the tail for help interpreting what a dog is trying to tell them, in conjunction with the present situation.

How do dogs show happiness?

A dog's good mood may be the easiest pup emotion to decipher. "Happy dogs may 'smile' with a relaxed mouth in which the lips curl up slightly at each corner. The teeth may or may not be slightly exposed," Dr. Osborne explained. "Their relaxed 'happy' nature is also portrayed through a neutral body posture and tail position. Often long, slow tail wags occur as well."

How do dogs show fear?

Dogs show fear in ways that intuitive pet owners have likely already experienced. "Fearful dogs often wag their tail from side to side very quickly, avoid eye contact, and may cower or lie down," Dr. Osborne told POPSUGAR. "The ears may be slightly back, and [the dog may] pant excessively." Dr. Jennifer Frione, veterinarian and owner of Lakeside Animal Hospital, added, "A few signs of fear are raised hackles, pinned ears, dilated pupils, lips curled, tail tucked under, body lowered to the floor, and [if the nose is] wrinkled."

How do dogs communicate with one another?

Dogs communicate with each other through vocalization, which can include barks, growls, howls, whimpers, pants, and other signs, explained Dr. Frione. "They also communicate with other dogs through scent and pheromones released in different areas of their body like their tail and [through their] urine," she said. "As squeamish as it may sound, urine sniffing is a major way of communicating between dogs." Dr. Osborne adds about dogs' communication with other animals: "Gustatory communication through scents and other smells and pheromones are also keys to canine communication." This would make sense to anyone who's had to tug their dog away from sniffing every single tree on their morning walk.

It's important to note that some dog behavior can easily be misinterpreted by us humans. Tail wagging is the best example, as not all wagging indicates pleasure. "[It's] the speed and direction of the tail wags that are highly informative gestures as to how pups feel about the situation," explained Dr. Osborne. "Wagging tails are not all equal. A dog whose body is stiff and is crouching, tail is lowered, and eyes are averted is probably not happy or friendly, regardless of his or her wagging tail." Dr. Frione also said that some dogs, when excited, will smile. "That smile can get often misinterpreted as a snarl out of aggression," she added, saying they may also growl in excitement instead of anger. Ultimately, knowing how to read your dog is key to understanding their communication style, so their signals are not misinterpreted.