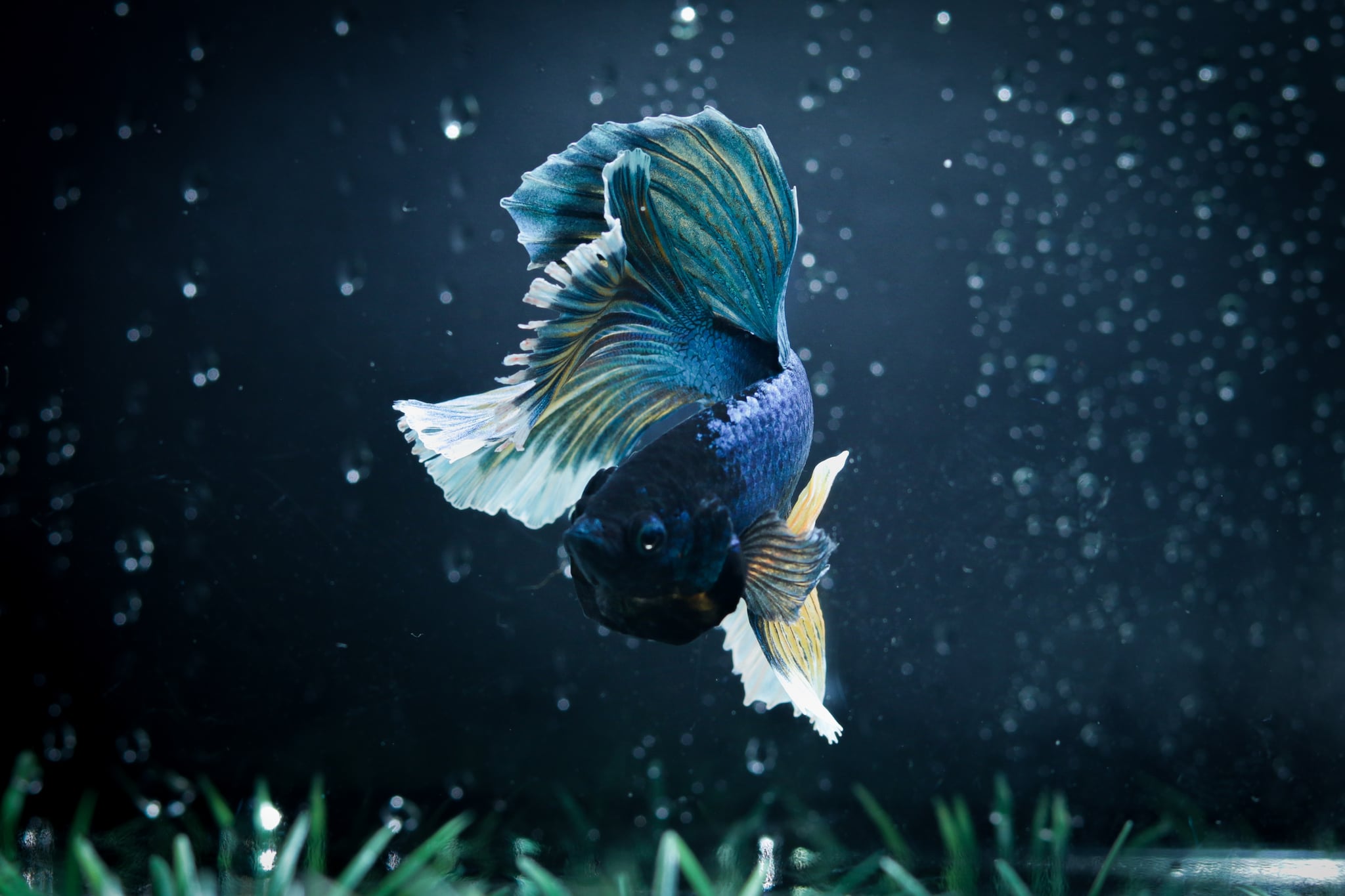 While it is common for pet betta fish to lose fins, according to the experts, it is not normal. Either fin rot (which is caused by an infection) or fin loss (caused by external factors) could be the reason why your betta fish is losing fins. The good news is both are completely preventable. We reached out to the experts to learn more.

Related:
How Exactly Do Betta Fish Sleep? 2 Vets Explain How to Help Your Fish Get Rest

Why Is My Betta Fish Losing Fins?

"Fin loss happens when something tears the fin tissue," Celynn Leow, owner and CEO of The Halo Pets, a group of pet lovers who strive to offer free valuable real-life pet care tips and training advice for pet owners, told POPSUGAR. This is often caused by external factors. "Sharp or rough decorations cause trauma and fin loss due to snagging," Shadi Ireifej, DVM told POPSUGAR, adding that a betta fish's fins might also be damaged or missing if they are attacked by another fish. If your betta is sharing a tank, tail biting can also be an issue he said, explaining that this might be caused by stress, boredom, pent-up aggression, or even genetics.

What Is Fin Rot?

Fin rot refers to a number of bacterial and fungal infections that can cause a betta fish to lose fins, said Dr. Ireifej. Poor water quality is the most common cause, along with a tank that is too small. With fin rot, "[t]he fins can also exhibit a white edge and color changes," he said.

How Can I Prevent Fin Loss and Fin Rot?

"Fin loss is normally simple to prevent and treat," said Leow, explaining that it can be prevented by thoroughly inspecting all tank decorations before placing them in the aquarium. She suggested using silk or live plants instead of plastic plants and using the "nylon test:" if a decorations can rip a pair of nylons, it will be too rough for you betta's fins.

Leow also noted that since bettas can be easy prey for violent and faster-swimming fish, you should avoid putting fin-nipping fishes in your aquarium with them. "Barbs and the majority of tetras can not be held in a betta tank," she said.

When it comes to preventing fin rot, Dr. Ireifej said that the best way to do this is to maintain good water quality in the tank. He suggested using a tank that is five gallons or larger with an adequate filter. He also recommended feeding your betta Daphnia, as it's an "excellent source of vitamin to aid in fin regeneration," and using an aquarium soap or stress-relieving water conditioner.

What Should I Do If My Betta Loses a Fin?

Dr. Ireifej noted that sometimes cleaning the tank and keeping it up is enough to prevent future fin damage. In this case you may be able to let the fin heal on its own, which may take anywhere from a few weeks to a few months. "[You can accelerate the healing process with] excellent water quality, frequent water changes, and regular ammonia concentration testing to prevent infection from any cause of fin loss," he said. If fin rot is the issue, Dr. Ireifej recommended quarantining the tank and using an aquarium soap to clean it, as well as antibacterial or antifungal medications. And of course, you can talk to your vet if you have any questions.