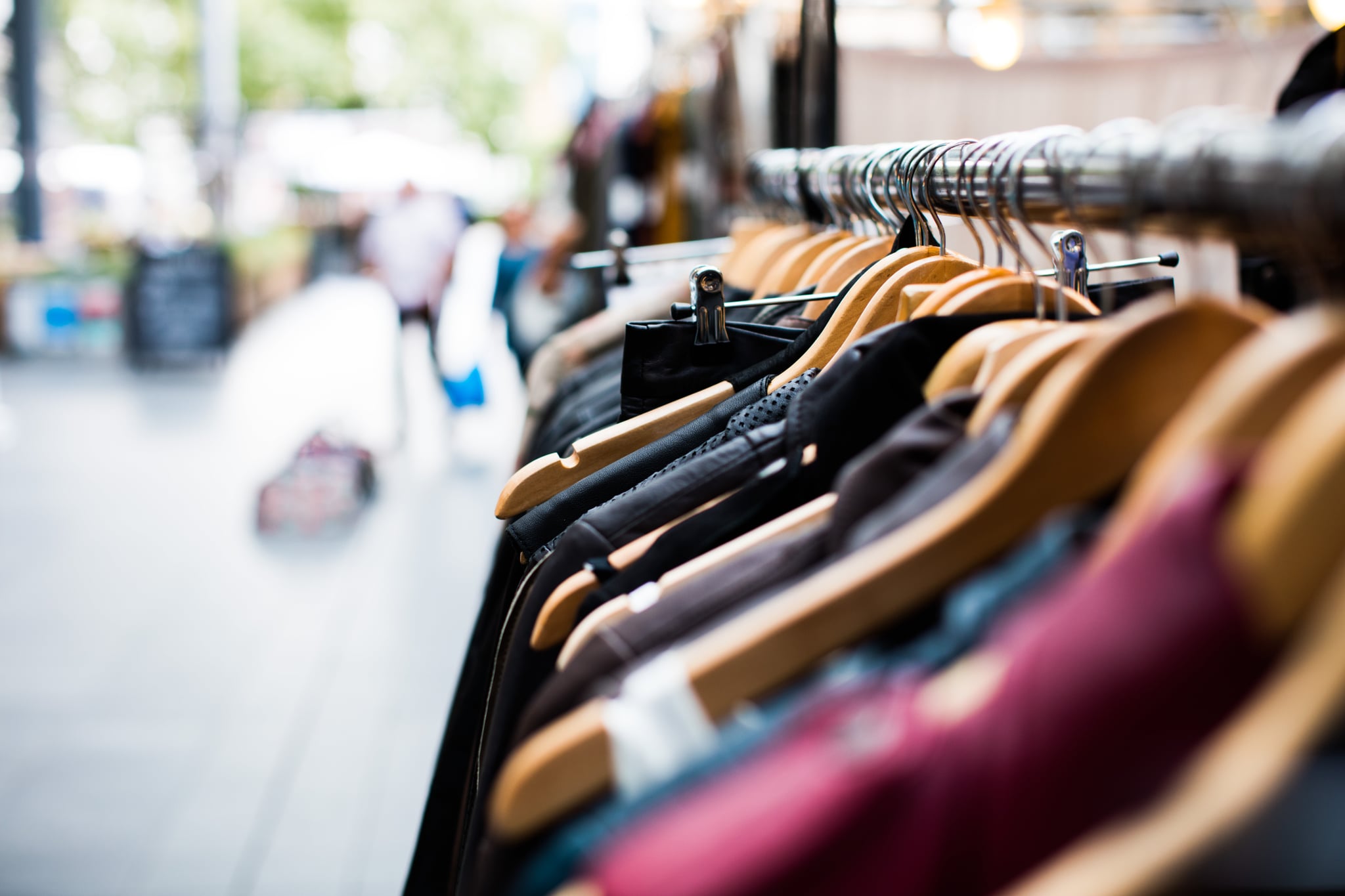 Goodwill is a place to donate your own items and to find bargains on used goods from others. The American nonprofit has a network of thrift stores across the country, but what is it like to actually work there? A former Goodwill employee did an AMA on Reddit and detailed some interesting aspects of the job, including how much money people have accidentally left in used clothing, as well as some of the more questionable things people have attempted to donate.

Related:
There's a "Walmart Chant" and Other Employee Secrets Revealed

1. Have you ever found money or valuables like jewelry that was mistakenly left in a donation, like in the pockets or in a drawer?

"This one guy had left close to $1,000 in a suit jacket pocket. Apparently that was his money stash that he hid from his wife and she donated some of his jackets. Another employee found like $240 stashed in a book. It was very common to find smaller bills and change in purses. If no one came for the money within X amount of time, it was rung up as a donation."

2. I'm assuming the husband came looking for his money? Also, how would anyone know if the money was there at all? What if someone took it and never said a word about it to anyone?

"Yeah, he got it back. Haha. There are people called sorters, who sort through entire duros of clothes. They are pretty much trained to check pockets. If they took the money? To each their own I guess, but if they someone somehow found out, they would definitely no longer have a job."

3. What's the most questionable, weird, or creepy donation you've ever received?

"There was a time where we received well over 120 donations in one day, it had been a very long day. It seemed impossible that we could ever catch a break. I was very tired, then right on cue, another car pulled to the door. They roll down the window and a little girl hands me a blank ass CD without a case."

4. Did you ever recover stolen property? Like someone donated something they stole and then the owner discovered it?

"I don't think so. There were often times people would come in and ask to speak to a manager, because something had been donated that wasn't supposed to be. Those were almost impossible to find, because our process was either like clockwork or there was so many donations that you would never find anything.

There was one instance where a guy had purchased an entertainment center that he intended to come back with a trailer to pick up, and we sold it to someone else; however, that was not by mistake. We had a 24-hour pick-up policy, and it had been a few days, so that sh*t got resold. So, when he came back with a trailer several days later, he was not impressed."

5. Have you seen stuff that you knew actually had super value?

"Oh, yeah, especially in the electronics department. I don't know why or what the circumstances were, but a lot of people donated brand-new stuff. We had an ecommerce store a lot of valuable stuff went to. For example, we sold a lot of gaming consoles on there."

6. What's the most expensive thing you ever saw donated?

"It's hard for me to remember, but it was probably furniture related. We made a killing off selling furniture sets. Like loveseats, couches, chairs, etc. One time we sold swords and knives that were all in a set. I'm not going to act like I knew what exact type of swords and knives they were, but I know it was definitely against our company rules to sell them. Whoever bought them knew what they were, because they paid a pretty ridiculous amount."

7. What about electronics, MacBooks, video games?

"Laptops and other computer stuff was recycled, unless it was really nice and immediately sellable. We did get a bunch of consoles and games. I saw a pretty sweet Nintendo 64 collection with insane amount of games. That all went to our ecommerce site. Apparently Mario Kart is a hot commodity, people were paying over 20 bucks for that sh*t. I don't doubt it, I just never really thought about it, because I have always had it with my 64. We got a bunch [of] modern and next gen-stuff from time to time. I use to cringe pretty hard, because I would have to put out PS4 controllers for a pitifully cheap price for them to sell, when I would've bought them in a heartbeat. It's worth noting we couldn't shop in our own store."

8. What's the grossest thing you've seen at the Goodwill store?

"This is tough, I've seen a lot. From the toilet overflowing to mildew-ridden clothing/furniture. One thing I used to hate was when I priced electrical items they were all previously sorted through and placed in totes for me to test/price. Coffee makers used to be frustrating, because donation attendants just threw sh*t in totes, and a lot of the coffee makers still had coffee in the filters. The totes would be drenched with water and sometimes coffee would be everywhere."

9. How involved were you with the donation bins that are all around? I always wondered what kind of vermin find their way in those and if employees have to deal with that.

"I know Goodwill industries has the drop boxes located all around. We were actually Goodwill EasterSeals, which merged together. There was like only 18-20 of those stores around. We had donation centers that would send stuff to us to process and sell. One time there was a rat in the bottom of a clothes duro. It made the entire back room smell, and we had to get rid of all the clothes."

10. When does an item become Goodwill's? Is there a gray area? Like what if someone accidentally donated something they didn't want to or wasn't theirs. Is there a time limit or is there a line that once the property crosses there are no backsies?

"There was supposed to be, but often times it depended on the manager. I've saw a total of about 5 store managers come and go (excluding assistants). My first manager was strict as hell about it. She made one lady buy back her own stuff."

11. I've heard Goodwill sells/destroys a lot of their donations. Would my clothes be put to better use if given to another local charity organization?

"Well, I can't speak for every location, I can tell you at our store they didn't let us throw anything away unless it was absolutely disgusting. However, your stuff will be sold, though. The idea is supposed to be: the money that we make off of the items that are donated then goes to the various disability services and other charities. How much of that actually goes to those charities? I don't know. Obviously not all of it, because I was getting a pay check. The only person who will benefit from your stuff immediately is some old bargain hunter named Bill who is going to be wearing your Hanes t-shirts." 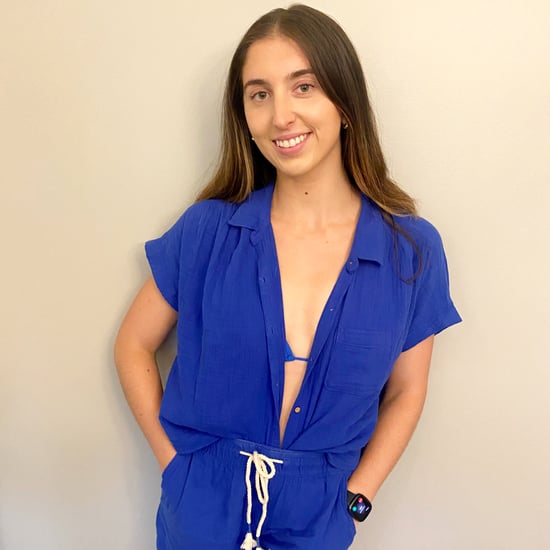 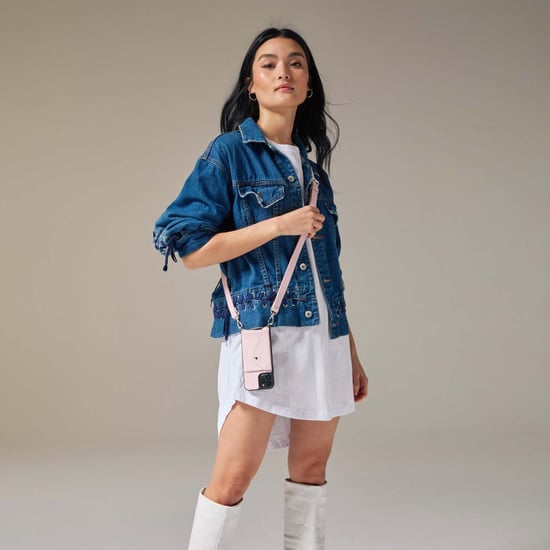 Phone Cases
This Summer, Go Hands-Free With a Crossbody Phone Bag
by India Yaffe 15 hours ago 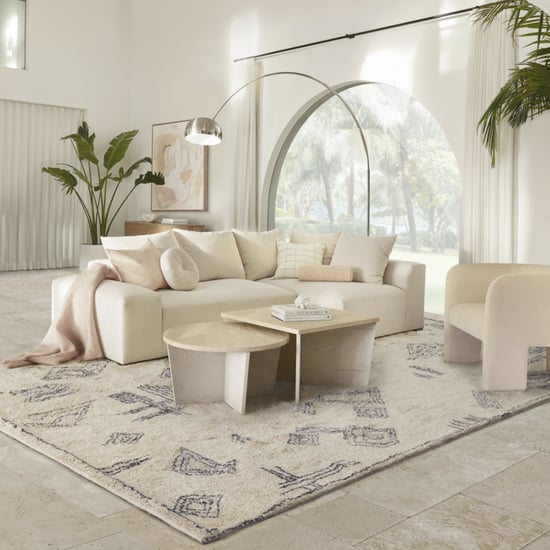