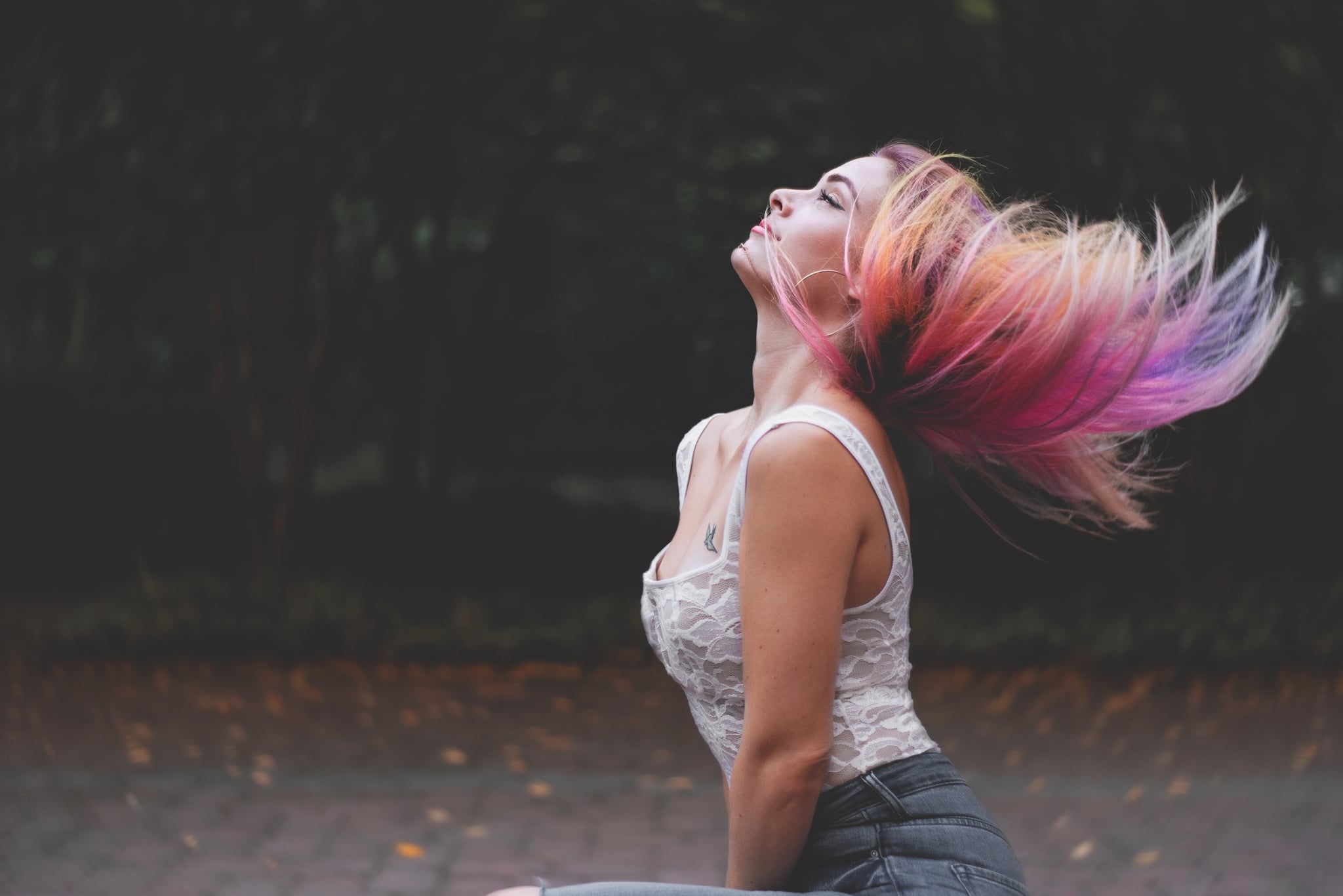 I don't like New Year's resolutions. They're either goals that are way too lofty and I'm setting myself up for failure the minute I make them, or they are half-assed promises that even as I say them or scribble them down on the fresh, lined paper of a fancy new annual planner, I know I won't keep. Don't get me wrong, there are plenty of people who benefit greatly from using a new year to start with a clean slate, and I sincerely applaud them. But for me, coming off the heels of a truly terrible year, I'd like to do something a little different for myself this time around.

As a perfectionist Type A ball of stress who deals with very real anxiety on a daily basis, the idea of creating a resolution and then not living up to my (very high) expectations for myself is not appealing in the least. Do I really want to add more items to check off my already-overflowing to-do list? Not really. Do I foresee getting myself to the gym by 7 a.m. on a weekday even once this upcoming year? Um, no, I do not. I hate the gym. I want a glass of wine at the end of a long day, and I don't think I should guilt-trip myself every time I savor a sip. Yes, my past resolutions have all been utter failures, mostly because my heart wasn't in them.

I realized that the key to making a "resolution" that I'll actually keep is to not really make one at all.

So the question is, what is my heart into? Well, I'd like to be less stressed, actually. It's pretty simple, in theory. And in my opinion, an intimidating list of resolutions is pretty counterproductive to that goal. I realized that the key to making a "resolution" that I'll actually keep is to not really make one at all.

Instead, I want to focus on going against my very nature and instead try going with the flow — a concept that's entirely foreign to me. Instead of planning my every day down to the minute, I want to have nothing to do at all and savor the peace of that empty space instead of trying to fill it. My "resolution" is to stop worrying so much about doing everything I tell myself I "have" to do and instead try living a little more spontaneously. And, in order to stay true to my nonresolution, I'm going to go against my nature (again) and not worry about the way I plan on going about it. I'm going to try to let go a little of the control I cling so tightly to my knuckles are white with the effort of it. My nonresolution is to breathe. To slow down and to sometimes, even if it takes a little practice, just let myself be.

Personal Essay
Write This Down: Body Hair Can Be Sexy
by Isabel Corp 2 days ago

Workouts
Years After Getting My Dance Degree, I Found Myself Craving a Different Barre — This Is My Review
by Angelica Wilson 4 days ago

Personal Essay
For Many Black Women, Red Was Off Limits — Now Beauty Entrepreneurs Are Reclaiming the Color
by Natasha Marsh 1 week ago