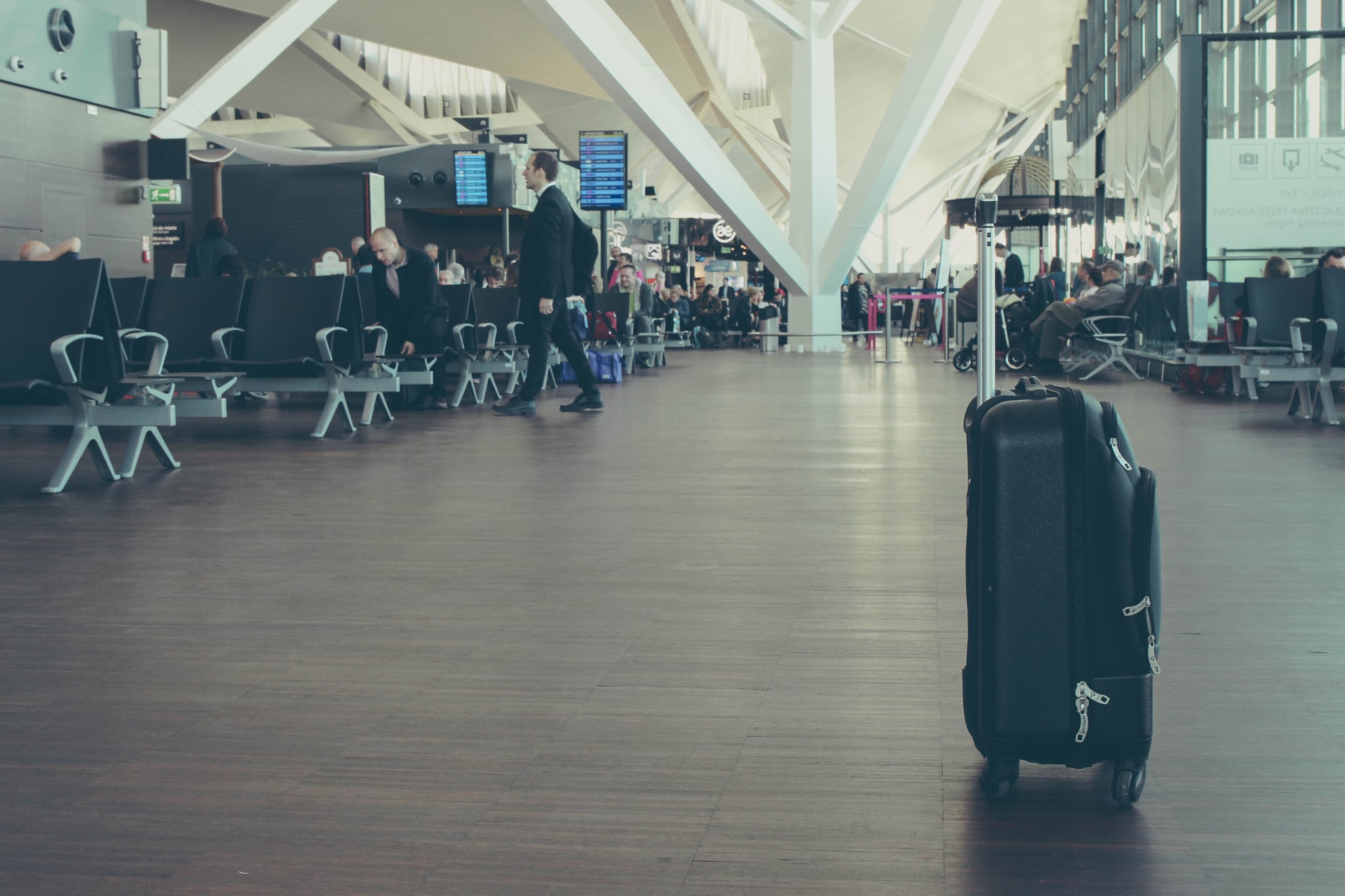 They're the ones constantly telling you to throw out your water bottle — and they're the ones who are paid to ensure our safety whenever we fly. Travelers often have a love/hate relationship with TSA officials. They are there for an important reason, but when it's 5 a.m. and you forgot about a liquid over 3.4 ounces that you left in the bottom of your bag and are now being forced to dig it out, they can also seem like your worst nightmare.

Still, Transportation Security Administration employees don't have an easy job — from angry travelers to carrying the weight of thousands of passengers' safety on their shoulders, it can be a difficult gig. And, oh, the things they have seen. Two TSA employees, one a former TSA supervisor and one a TSA agent, did an AMA and an IamA on Reddit, and some of the secrets they revealed will seriously shock you. From what they've found in people's luggage to the ridiculous things travelers have tried to smuggle on their flights, these TSA employees tell all.

1. What happens to confiscated items like pocket knives and other items that are accidentally forgotten and brought through TSA?

"They go into storage rooms, and TSA eventually pays somebody to take them away. At my airport, we had a couple of oil drums full of random knives and tools. Our airport paid some guy three states away to take the items away; he'd put them on eBay."

2. OK, sex toys. How often did you find those in luggage? Anything really kinky?

3. What's the most ridiculous thing someone tried to take on a plane that they were actually allowed to take?

"Somebody took a golf club through the checkpoint and said it was their cane. We weren't allowed to question him."

4. What has been your most frightening moment on the job?

"I once opened a checked bag and saw what looked like a PVC tube with lights and wires sticking out under some clothes. I promptly flipped out and thought I was looking at a pipe bomb. Then, I moved some clothes out of the way and saw that it was a prosthetic hand."

5. What was the weirdest thing you had to flag at an security check?

"I once had a request for private screening, which we usually took to mean that we were about to see something weird. The bag was incredibly heavy. After we go behind a curtained-off area, the passengers show me six blocks of mixed metal, four huge bags of random pieces of gold, and two bags of human teeth. Apparently, the couple made a killing off of buying teeth from a crematorium, melting out the fillings, and selling the resulting metal. It smelled bad."

6. Do you see many good-meaning passengers forget about weapons or any other dangerous things they normally keep in their bags?

"All the time. One guy forgot that he had left his pistol in his bag and ended up going to jail for six months or so."

7. What's the best way to make your case when the screener thinks an item isn't permitted, even though the regulations explicitly allow it?

"Ask them to call a supervisor and check the SOP (standard operating procedure)."

8. What is the craziest thing somebody has ever tried to take onto a plane?

"A bag full of fireworks."

9. Why do the policies change based off the airport or even TSA person?

"The basic SOP (standard operating procedure) that most officers have to know is several hundred pages long; few of them have actually read the whole thing and are essentially relying on word of mouth. Taken alone, the individual restrictions make some sense, but combined, they're a mess for anybody to figure out. For example, bowling balls are presumably allowed because they're not weapons, but bludgeoning items (baseball bats, clubs) aren't because they can be used as weapons. When it's all put together, it's a mess."

10. What's the weirdest thing you found in someone's luggage?

"During checked baggage screening, one of my officers opened a bag that has maggots crawling all over the inside."

11. How would you change the security system if you had free reign to do so (from basic steps/regulations to complete redesigns)?

"TSA likes to solve problems with new 'stuff.' You'll notice that things like the backscatter machines and 'puffers' didn't last long, but cost hundreds of millions. Also, the average screener is very good at finding dangerous items; they're not very good at finding dangerous people. I'd scale back much of the newer technology, add better training on warning signs when dealing with people, and pour more money into law enforcement and intel."

12. What is the biggest thing that passengers do that, if they didn't, would make the lines move much quicker?

"Forget to take their liquids and laptops out of their luggage. It was seriously on eight signs leading up to our checkpoints, but nobody actually reads signs on their way to a 6 a.m. flight."

13. What is the most ridiculous situation you were involved in while on-duty?

"Some guy required additional screening because our explosive detection system alarmed (happens all the time). He ended up pulling off his pants and yelling 'Is this good enough for you?'"

14. Is there an honest belief within the organization that you are actually helping? Or is this just a job?

"Definitely just a job. It's really hard to think we are actually helping when we are told our job is 90 percent 'customer service.' Also the rules we actually have are a joke (liquids, nail files, etc.) but some people feel more secure after 9/11. We have the worst reputation ever. I think it's because flying stresses most people out. They are constantly panicking over being late, etc. And we are always just holding them up. I totally get it, I actually travel quite often and regularly have issues at other airports."

15. How likely was it that the people looking at the screen knew that I had brought condoms in my bag?

"Extremely likely. Condom wrappers and condoms are extremely distinctive in the X-ray."

16. What do you guys do with all the liquids? Do you get to keep them? Or does the government sell them? I would love to keep all the alcohol if I were you!

"They go in the garbage. Nobody can keep them, since they were taken out because they may or may not be explosives. I've thrown out some extremely good alcohol before, and it made me cry a little on the inside every time."

17. Does the TSA have the authority to arrest and place someone under custody? Or in a situation where something illicit is found, do you have to wait for local/federal authorities to actually place them under arrest?

"We have to wait for proper authorities to show up and they deal with it from then." 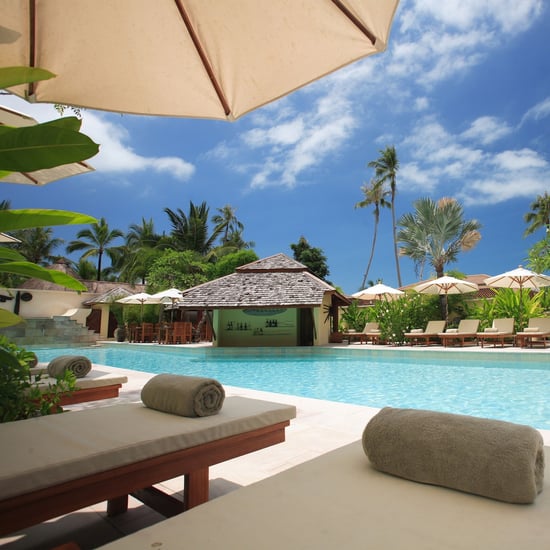 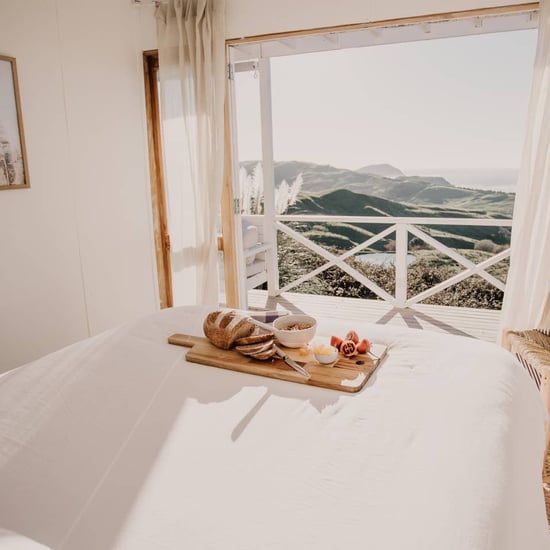 Personal Essay
I Went to a Nude Beach With a Friend, and We Loved It
by James Barrett 2 days ago

Travel
Ready to Go? These Are the Best Times to Book Flights in 2020
by Jada Welch 3 days ago