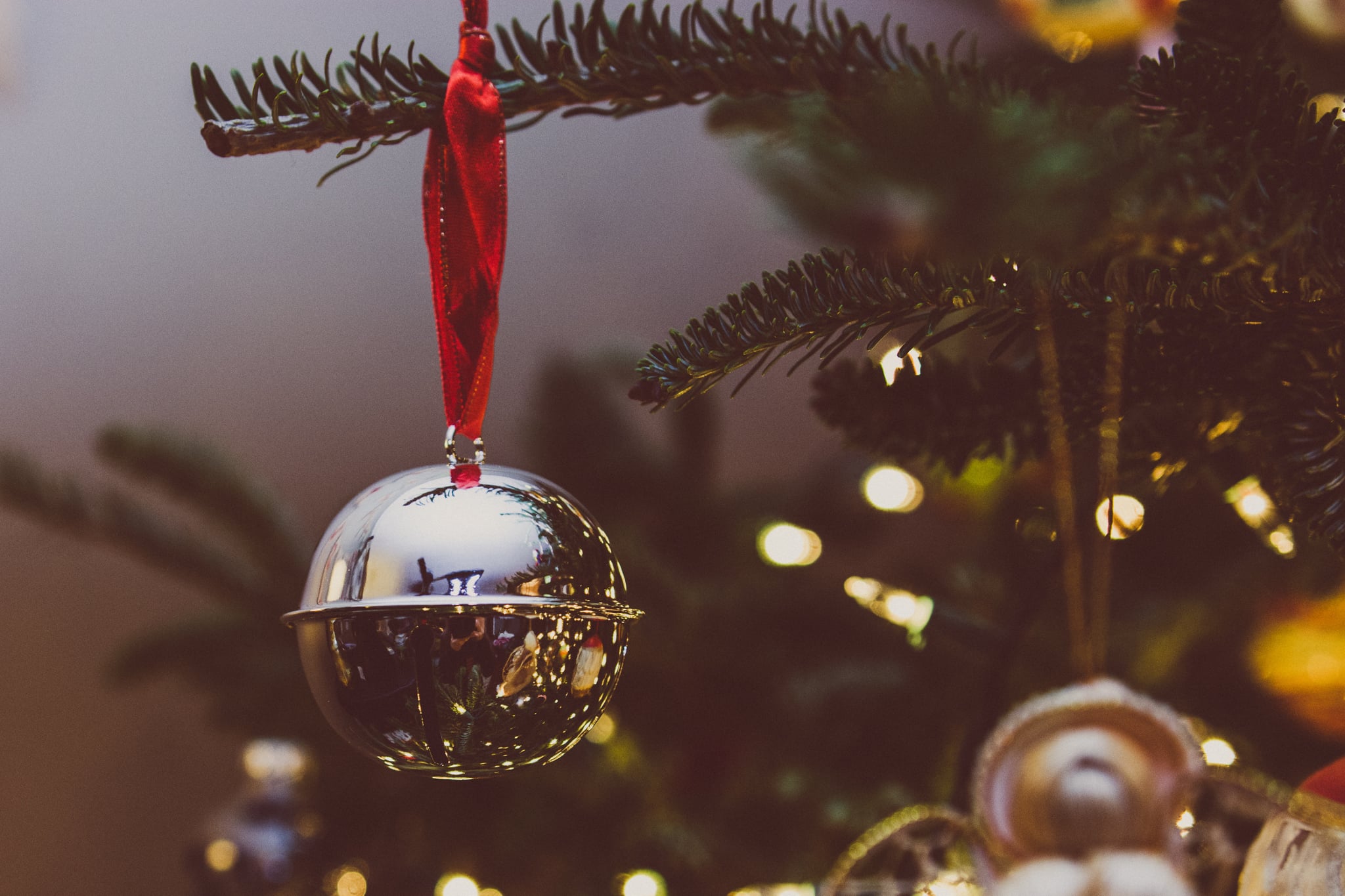 For some, the holiday season cannot come soon enough. I am sure that there are many people out there who relish the opportunity to commence their holiday season festivities, regardless of the date. I am not one of those people. As unpopular of an opinion as it may be, I do not like the holiday season. What some see as the most magical time of year, I see as a time of year that often brings out feelings of deep melancholy and impending anxiety. I know that I will once again need to live through the arduous build up to a disappointing event that feels as if it will never be as meaningful and special as society tells me it should be.

I know that I will once again need to live through the arduous build up to a disappointing event that feels as if it will never be as meaningful and special as society tells me it should be.

It wasn't always like this. When I was younger, I truly believed in Santa and the magic of Christmas. I would write Santa earnest letters detailing my hopes and fears, which I left anchored to the table under the glass of milk laid out for his enjoyment when he and his reindeers came around to visit me in the outer boroughs of New York City. As time wore on and I began to feel skeptical of the logistical practicality of a man zipping all around the world in one night, I started to conduct experiments. One year, I left out a piece of bread and asked Santa to take a bite, just one, so that the next morning I could then instruct my father to also take a bite from the same slice and compare their bite marks. I thought about setting up a surveillance video camera somehow, certain that at some point during the night a jolly old man would come barreling through my chimney. Instead, I accepted the fresh indentation in the cushion of my couch as proof that he had, in fact, been there over the course of that December night.

Related:
Centering My Holiday Celebrations Around This 1 Thing Has Made All the Difference

I can remember the last Christmas my family had before my parents separated the following February. I was nine, and I can recall waking up with a pounding headache in my temples. I didn't feel well, a combination of over stimulation and physical discomfort that made me feel like I was running on fumes. I felt off, something wasn't right. Little did I know, (or maybe, somehow, I did), that this would be the last Christmas where my mother, father, brother, and I would be waking up under the same roof. After that, the holidays would never be the same.

Little did I know, (or maybe, somehow, I did), that this would be the last Christmas where my mother, father, brother, and I would be waking up under the same roof.

I come from a largely nonreligious family; my mother is culturally Jewish but not practicing, which meant no Hanukkah for us, and my father has his own liberally oriented religious beliefs that did not factor much into our home life. Because of this, our holiday celebrations were not moored in any religious belief or tradition. We observed Christmas in the way that I believe a lot of people do, unrelated to its religious origins and more as a holiday that is prominent in our culture and society. Without a large set of traditions to keep us tied to a classical observance of the holidays or a unified nuclear family, and with an extended family that did not see commemorating Christmas together as compulsory, the magic of the holidays began to slowly fizzle out for me. They became a source of discomfort and anxiety, as the world around me continued to constantly bombard my brain with content depicting how the holidays were supposed to be, a sad reminder that I did not fit into that mold.

Related:
This Year, I'm Saying No to Black Friday

The narrative of Christmas can be hard to escape; sometimes it feels like, come November and December, we exist within an echo chamber of holiday spirit. We live in a society that is saturated with images depicting the holiday season, often in a highly idealized, glossy, and picture-perfect iteration. We hear jolly songs that consistently manage to skillfully incorporate the sound of jingle bells, watch movies and TV specials starring happy families that live in beautiful suburban houses where it always snows at just the right time, consume special food and drink out of seasonally patterned cups, somehow managing to integrate the events of a few days into a seasonal lifestyle that ensures the buildup to the actual event will last as long as possible. The holidays can become completely pervasive, almost impossible to avoid up until the quiet days that follow Christmas have arrived and provide respite — when the sad, festively packaged goods that have gone unsold wind up on clearance shelves and dried up trees line the curb, covering the sidewalk in pine needles.

There is no right and wrong way to celebrate the holidays, and it is your prerogative how you will integrate them into your life. Never feel badly because your holidays do not look a certain way.

As I got older, I became more aware of my experiences. Eventually, I learned Santa wasn't real (unfortunately). I began to see the strain of carrying a holiday season on the back of my now single parents, tense days that were split up between my mom and dad. To me, the holidays became performative, people attempting to observe these designated days in a certain manner simply because we were indoctrinated to believe that there was the correct way to do so. I saw through it, conscious of the ritualistic effort and lack of unity in my home. And to make matters worse, underneath it all, I knew I still I longed for my family to be all together in matching leisure outfits, walking through a blanket of fresh snow somewhere in the woods, a towering Christmas tree in a cozy living room, and maybe even a pet dog wearing a Santa hat. But that was never going to happen for me. Coming to terms with the incongruence of my reality and the dream I had created with the help of society's hyperperfected reality made me sad. Fractured holidays passed year after year, and I continued to breathe a sigh of relief once they were finally over.

I am beginning to see the holidays differently now. I no longer live in the same city as my family, and for the first time in a long time, I am looking forward to going home for the holidays and spending time together, no matter what that looks like. It may mean getting Chinese food with my dad and my brother out by the airport in Queens or going to the movies with my mom and her fiancé, but as long as we can enjoy each other's company, I will be alright with its rendering. For all the other people out there who may also struggle during the holiday season, my advice to you is to focus on making holiday events fit the circumstances of your life, and not the other way around. There is no right and wrong way to celebrate the holidays, and it is your prerogative how you will integrate them into your life. Never feel badly because your holidays do not look a certain way. Ultimately, no matter how you spend the holidays, I hope that they bring you warmth, comfort, gratitude, and merriment.