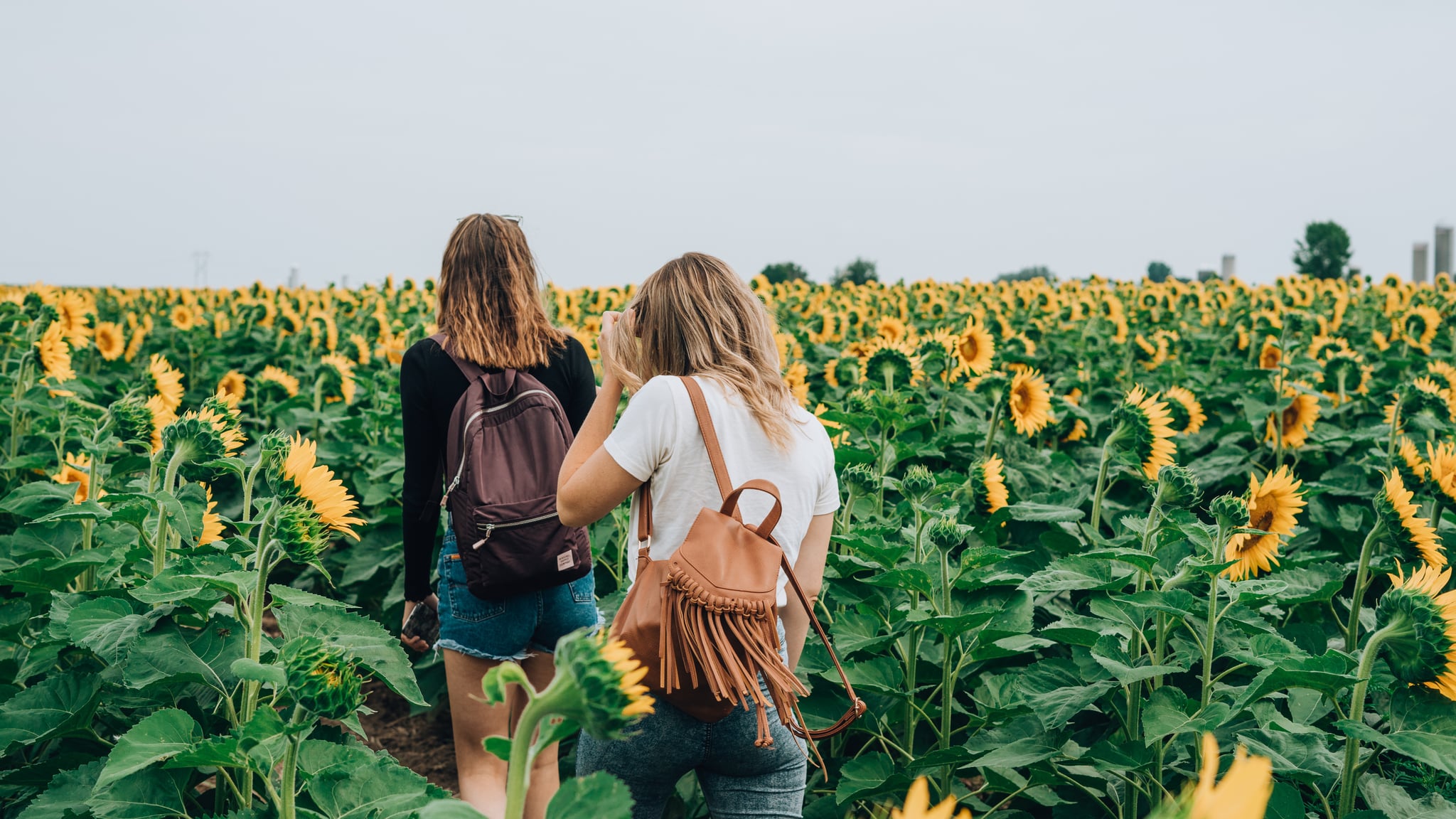 In total, my best friend and I traveled to 18 cities across Europe together. We rode a lot of buses, a few trains, three planes, and two boats that Summer. We were gone for 35 days.

When we first decided to travel together, it was because we had the late-night talk — you know, the one about being young and how soon we'd have to become "real" adults. Traveling together felt like we could live out our early 2000s fantasies from when we would watch The Sisterhood of the Traveling Pants on repeat and always envied Lena's trips to Greece. We planned to be those best friends who explored Europe, swapped clothes so we didn't have to pack much, found love in Italy, and staged photo shoots in tulip fields in Amsterdam. Traveling was meant to make us feel utterly invincible and confident, because we were together. And our trip wasn't entirely meant to expand our friendship. I already knew it was strong. What I didn't know was how much stronger it would become.

We calculated it, and nearly a third of our trip was spent just moving from one place to another. We sat together on every bus ride and spent hours in close quarters on trains. In hindsight, it should have been miserable. I fully expected us to fight, say things out of frustration or tiredness, and then have an awkward few days. But that never happened. The longer we stayed together, the more in sync we became to how the other person moved and lived. She always let me get onto transportation first, because she knew how much I loved staring out the window while I listened to music and that aisle seats gave me anxiety. We knew each other's nonverbal cues when someone was done playing a card game and we let silence take over mutually and peacefully. We were mindful to switch off on who ordered Ubers, ordering food for each other, and paying expenses.

Make a Plan Before You Leave

Before we left, our friends and families warned us against traveling with just the two of us. So many people said we needed a "buffer" person to be there just in case we got irritated with each other or needed space. But what they didn't understand is that there are millions of "buffers" around the world, and we didn't need to rely on bringing another piece of home with us in order to get along. So, before our trip we planned ways to meet new people in every city we were visiting. We shared conversations with locals everywhere we went, and we kept a journal of everyone who had an impact on us during our time in a city. Forcing ourselves to get out there allowed us to feel more included, and we could rely on each other to make it happen.

Make Time For Yourself

I'm a big solitary wanderer, so at least once a day, sometimes while she was still sleeping, I would walk around a city by myself. I learned quickly that we each had individual interests we wanted to indulge in without the other, and that was totally fine. I love ancient history; she loves modern art. I'm a foodie who wants to try everything; she could live off of just two large snacks per day. We gave each other space to do things on our own (while still being safe and telling each other where we were going). Ultimately, the trip solidified parts of ourselves we loved and gave deep insight into who the other person was.

Out of all of my friendships that made it to adulthood, this is the one I know will withstand the test of time. During our travels, we watched each other grow into better human beings and shared moments that could never really be retold. And while I love our pictures, journals, and postcards from the trip, the physical mementos don't have a lasting impression. It's when I hear my best friend laugh too loudly about the time she got her tongue stuck on the igloo at the ice bar in Prague that I'm overcome with happiness for that short little time in our lives that we got to spend together.