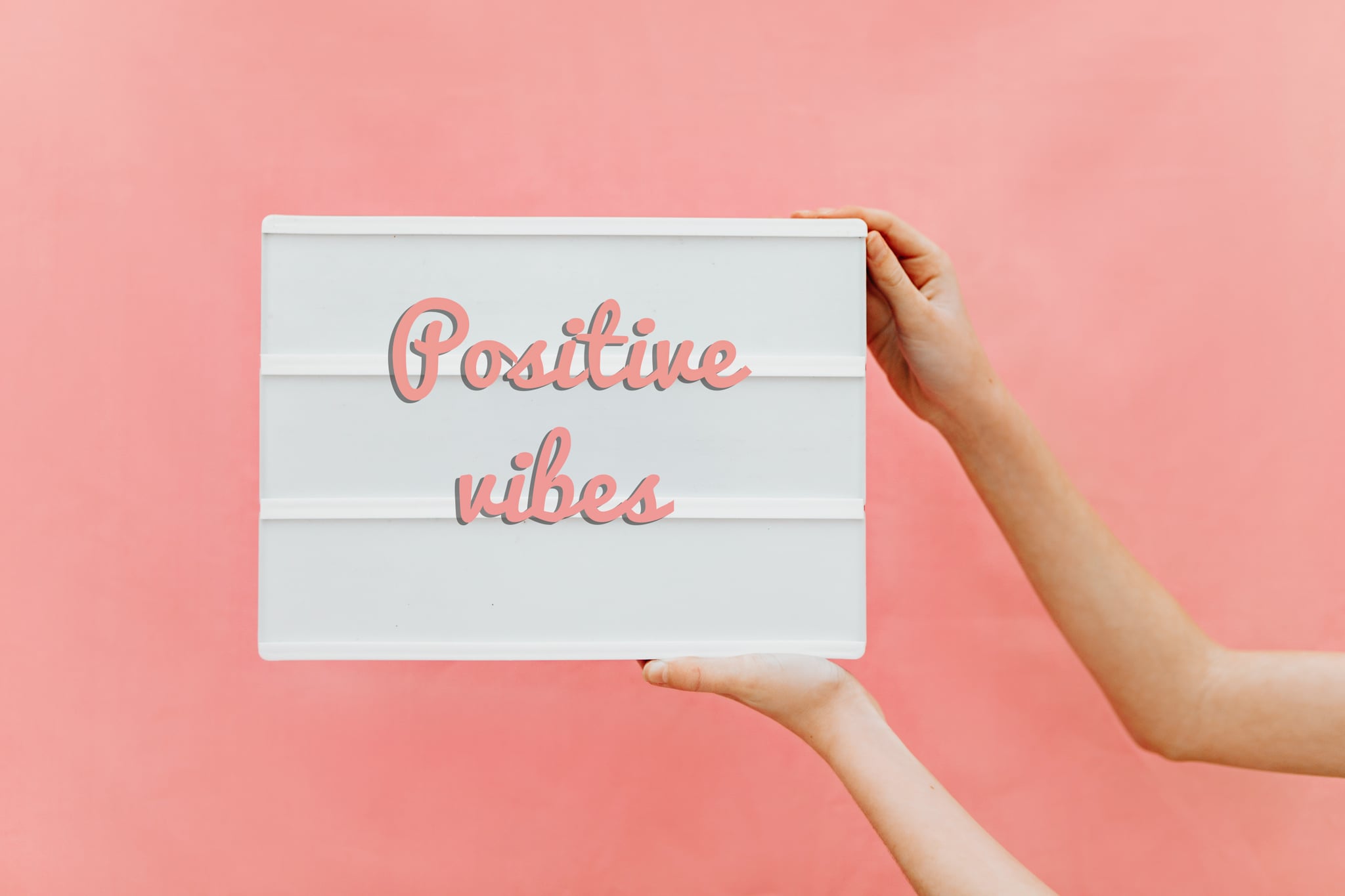 Have you ever been frustrated by someone who only wants "good vibes" all the time? From memes all over social media about staying positive to influencers talking about how easy it to "choose" happiness, feeling down in today's society can almost make you feel guilty. But while being positive is a good thing, there's a distinct difference between optimism and denial, and the fine line between the two can often become blurred. Although people who engage in toxic positivity often mean well, experts warn that too much positivity can be a bad thing.

What Is Toxic Positivity?

"Toxic positivity is essentially the denial of negative feelings, a forced positive attitude that attempts to negate any negative sentiment," Alex Dimitriu, MD, a double board-certified physician in psychiatry and sleep medicine and founder of Menlo Park Psychiatry & Sleep Medicine, told POPSUGAR. "It's telling someone 'to cheer up' or that their sadness or worry is not warranted or useful." This unhealthy denial is harmful, he explained, because any defense that glosses over reality can be a dangerous thing. Not only does it have the potential to hurt people by discrediting their experience or feelings, but it can also hurt yourself by rejecting real information or feelings in favor of a positive facade. "It's like putting makeup on a wound," Dr. Dimitriu said.

The Effects of Toxic Positivity

This suppression of negative emotions can also increase chronic stress and stress overreactions, Laurel Mellin, PhD, health psychologist, associate clinical professor at UC San Francisco, and founder of Emotional Brain Training, explained to POPSUGAR. "It's dangerous because stress is the root cause of most chronic diseases and emotional and behavioral health problems," she said, adding that people who engage in toxic positivity risk developing health problems and missing out on opportunities for adversity to enhance maturity.

Marilou Jimenez, MD, chair of the Addiction and Mental Health Center at MedStar Montgomery Medical Center, told POPSUGAR that many people engage in toxic positivity as a coping mechanism. "Toxic positivity stems from this mindset that the only way people can cope with certain situations is to put a positive spin on them and not focus on the negative," she said. "Denying the presence of a problem, whatever it may be, allows it to consume us eventually." An example of this, Dr. Jimenez explained, would be parents ignoring a developmental problem of a child because they believe everything will turn out fine. However, if the parents acknowledge the problem, the outcome will truly be more positive since they can then address it with appropriate positivity and a proper attitude.

Unfortunately, the global pandemic and widespread social unrest have caused more people to engage in toxic positivity, experts say. The death toll due to COVID-19, social-distancing guidelines, online learning, and so much more have caused people to battle with a vast array of emotions such as stress, anxiety, and fear of getting sick. Dr. Jimenez explained that, to avoid accepting reality, people turn to toxic positivity.

This can be best explained by the nature of the brain's stress response, also known as the fight-or-flight response, Dr. Mellin said, adding that once initiated, no moderation can be found. "There is a natural tendency, for example, to shift into depression, hostility, anxiety, or numbness as well as to experience a 'false high' that everything is good even when it is not," she said. Because of this, social media has become flooded with phrases like "look on the bright side" and "good vibes only," insinuating that during the most difficult year, people shouldn't be feeling stressed, sad, or angered, which is absolutely not the truth. "The notion that people should be more productive in quarantine, as seen all over social media, is another aspect to toxic positivity that is harmful to mental health," she said. "Dealing with a global pandemic and everything else going in the world is hard enough; encouraging people to be busier than ever can lead people to feel more depressed and anxious."

How to Combat Toxic Positivity

There are numerous ways a person can combat toxic positivity, according to experts. One of the biggest takeaways is to remember that it's OK not to be OK, Dr. Jimenez said. She recommends addressing your feelings head-on, validating your friends' and family's feelings, and being wary of social media, since people tend to put their best selves on the internet. Additionally, Dr. Dimitriu suggests journaling or speaking with friends, as it can help normalize a lot of painful or challenging emotions, and speaking with a therapist or psychiatrist to help catch your own faults. "Facing reality can be challenging, but the opposite, while helpful in the short term, leads to no progress whatsoever and [is] always best done with help," he said.