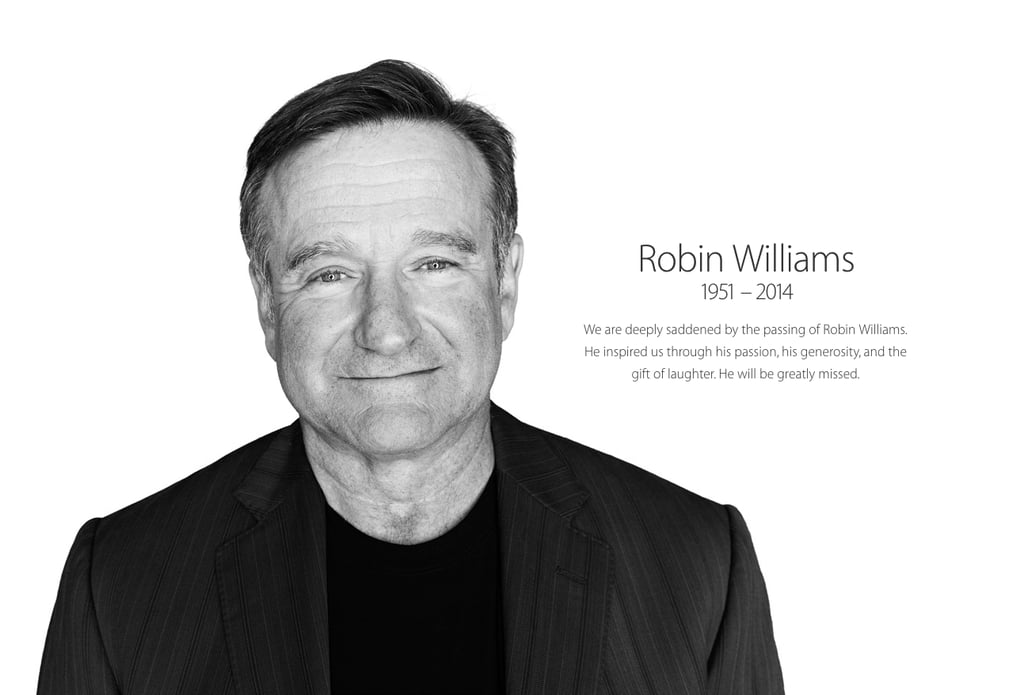 As a testament to the enormous impact he had on the world, Apple posted a tribute to Robin Williams on its homepage today.

"We are deeply saddened by the passing of Robin Williams," the message reads alongside a photo of the actor. "He inspired us through his passion, his generosity, and the gift of laughter. He will be greatly missed."

Williams, who died on Monday, had a love for tech.

Only four other people have received posthumous Apple tributes: Steve Jobs, Nelson Mandela, Rosa Parks, and Apple board member Jerry York, as reported by The Verge.

The iTunes Store has also set up a page for Williams and his movies, stating, "No one made us laugh like Robin Williams."

Robin Williams
What Is Lewy Body Dementia, and Why Is It So Hard to Diagnose?
by Melanie Whyte 8/12/22