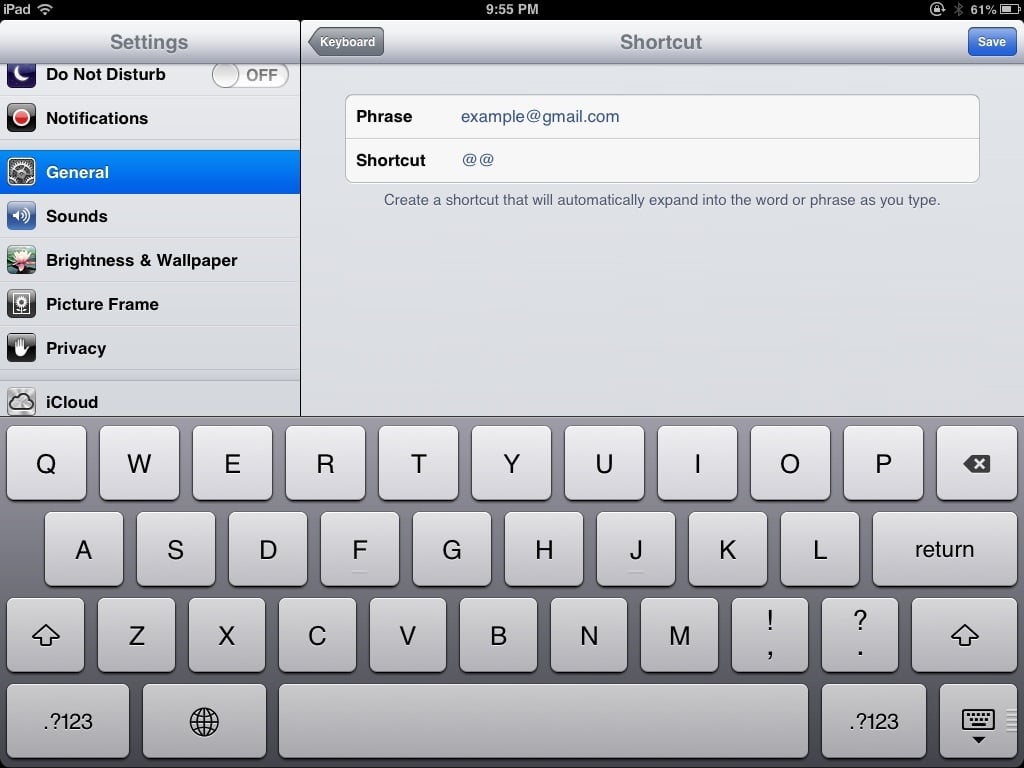 We've seen what happens when you change someone's autocorrect settings to pull a hilarious prank. But do yourself a favor and change those settings to do something productive instead.

As seen on Reddit, the idea behind this hack is to create a shortcut for words you often type. Just go to Settings, hit "General," find "Keyboard," and scroll down to where it says "Shortcuts." Then, create your own using letters and symbols. Try it for your email address (like in this case) or when you're sick of writing supercalifragilisticexpialidocious all the time.

Tech Tips
How to Customize Your iOS 14 Home Screen — Everything You Need to Know, Right Here
by Tara Block 3 hours ago

Tech Tips
Welcome to Your Perfect Spotify Playlist, as Told by the Cosmos
by Ashley Ortiz 5 days ago