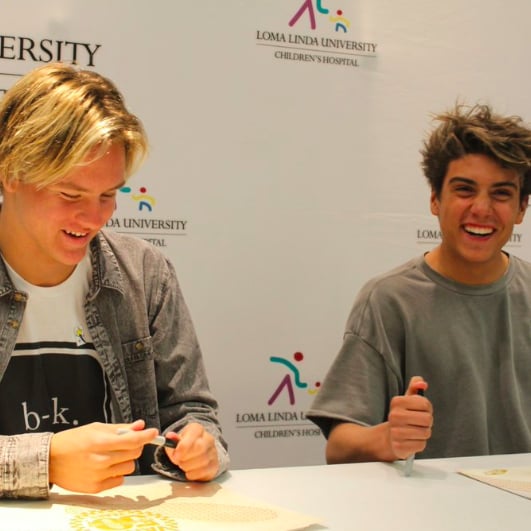 What "Damn, Daniel" Did With His Lifetime Supply of Vans Makes Him the Coolest Teen Ever

We imagine many 14-year-old boys only dream of overnight viral Internet stardom and a lifetime supply of their favorite pair of shoes. And we admit, that doesn't sound like a bad deal. Daniel Lara, better known as "Damn, Daniel," can attest to an overnight rise to stardom, but it's what he did with it that really has us impressed.

In case you didn't know, Daniel and his friend Josh made their claim to fame with a 15-second video that began circulating on Twitter and ended up going viral. Since then, the duo made an appearance on The Ellen DeGeneres Show, had a cameo in Weezer's latest music video, and were also gifted a lifetime supply of white Vans from the brand. But instead of swimming in his collection of free sneakers, Daniel decided to give back by donating his unlimited supply to the Loma Linda University Children's Hospital in California.

The Internet sensations made a personal visit to the hospital, where they gave out autographed sneakers, swag, and other gear from Vans and posed for photo ops with patients. Lara told the Los Angeles Times that giving back to the community was important to him, and by the looks of photos posted to his Twitter account, it seems like Daniel had fun giving back, too. Scroll through to see more photos from their heartwarming day.