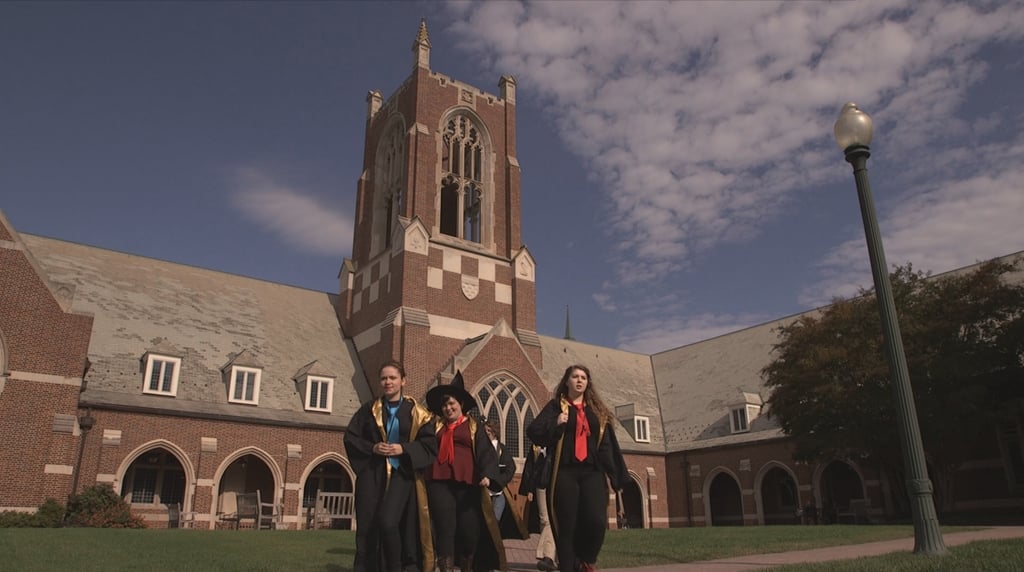 OMG, a Real-Life Hogwarts Is Coming to the US!

On a scale from 1 to 9 3/4, how geeky is it to attend a four-day LARP (live-action role play) event inspired by the Harry Potter universe? Frankly, we don't care. And neither, it seems, do the 400-plus Kickstarter backers who have funded a new American wizarding school called New World Magischola — they raised nearly $300,000 for the project in mere days. If you've dreamed of attending a magical school since Harry Potter received his Hogwarts letter at age 11, then you'll definitely want to enroll in this enchantingly realistic institution for would-be wizards.

Inspired by (and in collaboration with) another realistic Hogwarts endeavor in Poland, the New World Magischola experience isn't just wearing robes and reenacting scenes from Harry Potter in a park somewhere. Instead, attendees will spend four magical days at the University of Richmond in Virginia, learning about an entirely new wizarding world in America.

"You'll play a character and take part in a magical universe, where you will be a student living in one of five houses and attending magical classes according to your path of study," describes the organization's Kickstarter page. "You'll get access to an entire North American magical universe. We've designed a world, history, economy, characters, plots, sets, costumes, and magical creatures for you to interact with as your character." Inspired by colonial America, this universe is unlike anything Potterheads have ever known.

Students and professors at this insanely detailed LARP event will also receive school robes, a tie, and textbooks to use during their wizarding education experience. The goal of the experience (aside from having a crazy amount of fun) includes: earning the title of "wizard," choosing a career path in either artificery, healing, cursebreaking, cryptozoology, or the Path of the Marshal, and taking school courses. In addition, the event planners promise that "students at Magischola also learn about the Magimundi social systems (politics, policy, jurisprudence, economics, etc.) so that they can at least succeed in it, and maybe even change it. Students also learn about the many North American magical creatures, sentient and non-sentient, and about others from around the world."

Talk about an intense weekend! If you're interested in attending, keep an eye on the New World Magischola website and Kickstarter page — the first three events have sold out already, but there may be a fourth announced soon! In the meantime, read on to learn more about the event, campus, and school houses for this enchanting experience.

Harry Potter
Ergobaby Just Released a Harry Potter Collection, and the Designs Are Understated Perfection
by Alessia Santoro 6 days ago 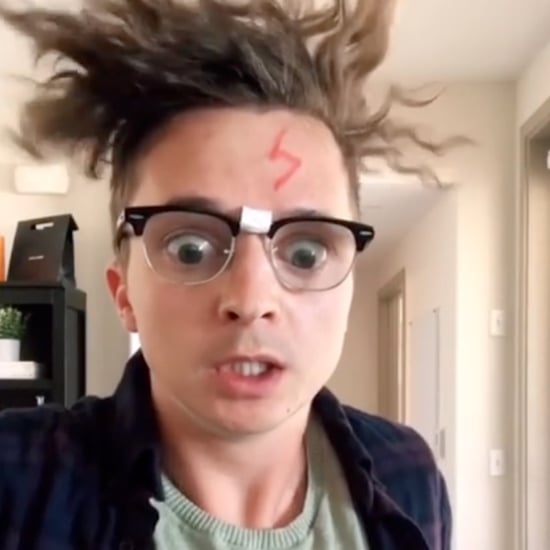 Halloween
You Can Order Harry Potter Pumpkin Juice From Universal's Website, So Is It October Yet?
by Deanne Revel 6/27